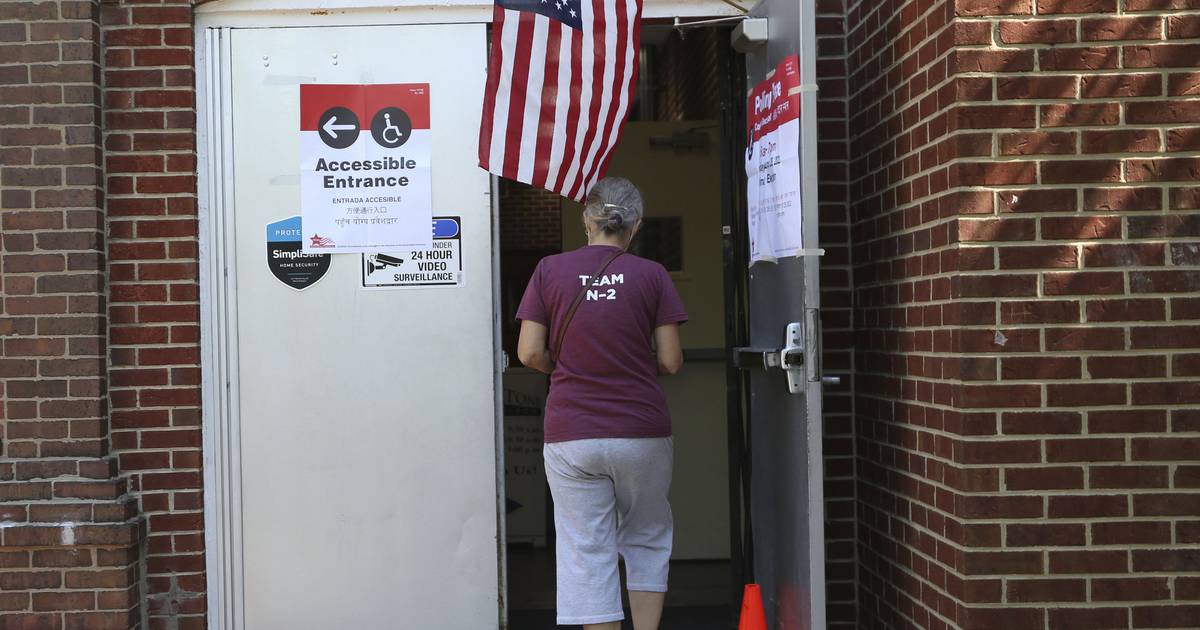 A trio of Cook County incumbents swept Tuesday’s Democratic primary races, including first-term assessor Fritz Kaegi surviving a heated and expensive battle against an upstart challenger who failed to make the case that the current administration was driving out business.

Democratic voters also gave resounding wins to Cook County Board President Toni Preckwinkle and Sheriff Tom Dart, who both declared victory early after drama-free election nights. But other Democratic incumbents from the Board of Commissioners and Board of Review appeared on the edge of being ousted Tuesday, early returns showed.

The assessor’s race pitted one-term incumbent Kaegi against Kari Steele, the president of the Metropolitan Water Reclamation District of Chicago board, in a primary that became both a battle over ethics and a referendum on Kaegi’s revamp of the office’s valuation practices.

In a statement, Kaegi wrote, “The voters of Cook County have spoken. Reform was on the ballot and voters have made it clear they want to continue moving forward in repairing our property tax system.”

“I am humbled the voters have trusted me to continue our work in making our property tax system fair and equitable,” Kaegi continued. “We have a lot of work ahead. I am grateful and eager to continue serving the taxpayers of Cook County.”

Steele conceded in a voicemail to Kaegi Tuesday night. In a statement, she congratulated the incumbent and said she “came up short tonight.”

”I respect the decision of Democratic primary voters,” she wrote, thanking supporters “for believing in me and my vision of a more balanced, more stable, and more equitable property tax assessment system in Cook County that plays no favorites.”

Kaegi was swept into the county building on a platform of reform. His predecessor, Joe Berrios, oversaw an office that tended to overestimate the value of single-family homes in lower-income neighborhoods while underestimating the value of residential properties and big commercial buildings in wealthier areas. That put a disproportionate share of the county’s property tax burden on less affluent home and business owners and gave bigger properties a tax break.

Vowing to ensure “the very wealthy and big corporations are paying their fair share,” Kaegi has shifted more of the county’s property tax burden onto commercial payers. That rankled many big landlords, investors and appeals attorneys, who said he was harming investment and unnecessarily vilifying them.

Many of those interests lined up behind Steele, who said Kaegi had bungled his administration of the office, including problems with a technological upgrade that led to a dust-up with the county’s Board of Review and a likely monthslong delay in the delivery of the next property tax bill. Among Steele’s campaign donors were groups like the Building Owners and Managers Association of Chicago and trade unions representing construction workers, including the powerful International Union of Operating Engineers Local 150.

Kaegi’s team sought to highlight the fact that Steele’s husband, Maze Jackson, lobbies for Onni Group, one of the most active real estate developers in Chicago in the last decade. Steele said Jackson would not lobby the assessor’s office and that she would recuse herself from “anything that appears to be a conflict of interest” involving his work.

The contest initially split members of the Cook County Democratic Party. Kaegi did end up winning the party’s support, along with endorsements from a slate of area progressives.

In a statement, Preckwinkle, who was pulling 75% of the vote late Tuesday, said she looked forward to another term in November: “I’m grateful that Cook County voters have entrusted me to run the nation’s second-largest county in the country for the past twelve years, and look forward to all the good work that lies ahead.”

Dart also declared victory after appearing to cruise to a win, leading his opponent with more than 86% of the vote with nearly half of precincts reporting.

Preckwinkle does not have a Republican challenger in the November general election, and as head of the Cook County Democratic Party she said Tuesday she would pivot to supporting the rest of the slate. Her failed challenger Boykin conceded in a text message, saying “the voters have spoken and I stand by their decision” but also vowing “to fight for safe streets, and lower taxes.”

Preckwinkle has led the 17-member Cook County Board since 2010. There, she oversaw the county’s now-$8 billion budget, reforms to the criminal justice system and its network of hospitals and clinics. Before that, she was the longtime alderman of Chicago’s 4th Ward.

Boykin, an Oak Park attorney, sought to push Preckwinkle on a public safety platform, saying the county was in a “crisis,” pledging to address gun violence, carjackings, retail theft and other crimes by imposing stiffer penalties on those carrying guns illegally. He promised to suspend the county’s gas tax and tried to remind voters of Preckwinkle’s short-lived tax on sweetened drinks, which he helped overturn.

Preckwinkle defended the public safety reforms she helped oversee, pointing to investments in violence prevention efforts and that bail reform was an issue of justice that kept low-level, non-dangerous offenders from being held in jail simply because they could not afford it.

Dart said in a statement he was “honored that the voters of Cook County have continued to entrust me to face the challenges of today and tomorrow together with them.

He is seeking his fifth term, and faced off against Chicago police Sgt. Noland Rivera in the primary. Dart will go on to face Libertarian candidate and sheriff’s office Sgt. Brad Sandefur in November.

Accusations that Dart was soft on crime amid a local spike in shootings and other crime were dampened as he successfully knocked several challengers off the ballot, winnowing the primary field down from five to two. Among those whose candidacies ended in recent weeks was a former top Dart aide who now works for the Circuit Court clerk’s office, Carmen Navarro Gercone.

Not only was the jail deemed a one-time national hot spot for the virus, but the rise in violent crime during the pandemic jump-started a heated back-and-forth with city, county and state officials over the appropriate use of electronic monitoring.

Incumbency was also on Dart’s side: He’s been sheriff since 2006, and had the endorsement of the Cook County Democratic Party and a hefty campaign war chest compared with challengers.

Chicago Ald. George Cardenas declared victory in his Democratic primary bid to unseat Cook County Board of Review Commissioner Tammy Wendt. Cardenas, of the 12th Ward, will be unopposed in the November general election to become one of three leaders of the tax appeals agency.

Another Board of Review incumbent, Michael Cabonargi, was locked in a neck-and-neck race in his Democratic primary against Samantha Steele Tuesday, while the third member of the board, Larry Rogers Jr., was unopposed in seeking reelection.