In Iowa, Public Colleges Scramble to Ward Off Claims of Bias and Threat to Tenure 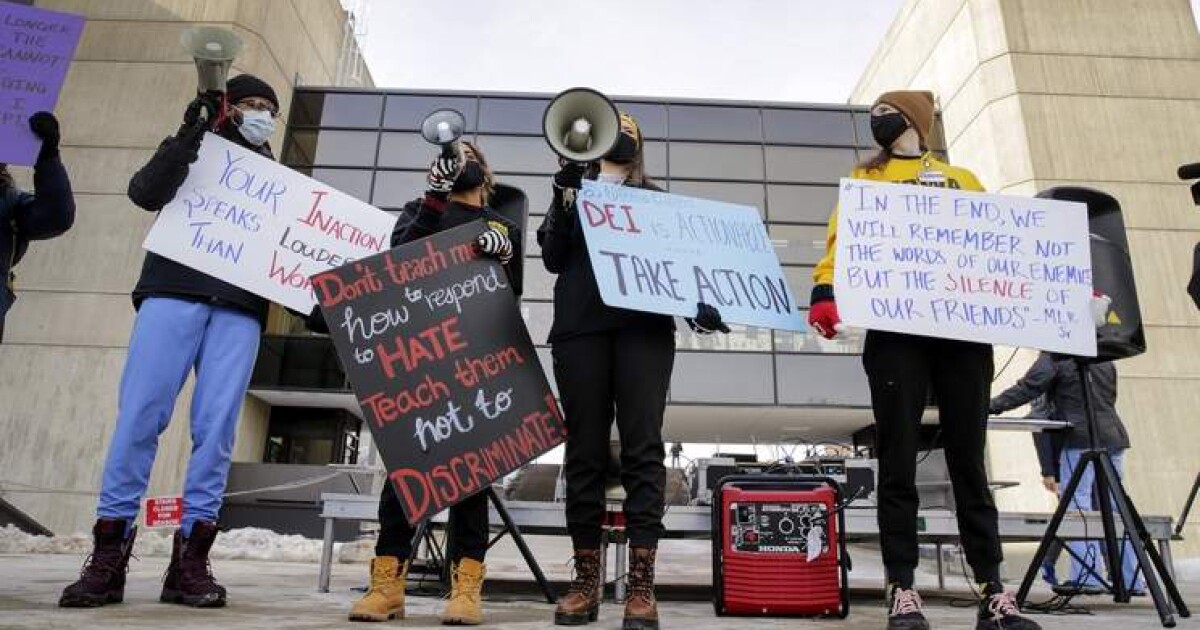 The rift between conservative politicians and public higher education has been growing for decades. In the wake of the 2020 presidential election, the gap is becoming harder to bridge.

Case in point: Iowa, where Republican state legislators are mounting a serious effort to dismantle tenure at public colleges while berating university officials for what they see as anti-conservative bias on campuses.

Bills to gut tenure have been introduced in Iowa each legislative session since at least 2017, though none — including the current iteration — have passed a full committee vote. Yet some lawmakers have linked the protections tenure affords with freedom to indoctrinate students with anti-conservative views. That could be a troubling development for tenure, an institution already under historic assault.

“I wonder if the assault on free speech by some university professors is not related to the belief that they’re Teflon-coated and indestructible and, therefore, maybe we need to look at getting rid of tenure,” Rep. Steve Holt, an Iowa Republican who has sponsored a bill to eliminate tenure, was quoted by The Gazette newspaper of Cedar Rapids.

State Rep. Holly Brink, a Republican in Iowa, said in an interview that some university faculty and staff members are using their power as instructors to censor conservative students. Faculty members are there “to educate, not indoctrinate,” Brink said, echoing a phrase from former U.S. Secretary of Education Betsy DeVos.

“Individuals have free speech,” Brink said. “I’m not sure a university has free speech”

Faculty members in Iowa said the real issue is that Republican lawmakers have been unwilling to accept or criticize the realities of gender and racial inequities, but go to great lengths to respond to complaints from conservative students.

“The GOP has really decided to be at war with public universities, in particular, because of the perception that we are indoctrinating students,” said Jessica Welburn Paige, an assistant professor of sociology and African American studies at the University of Iowa.

Despite the concerns of some faculty members, university administrators have been quick to try to quell controversies and keep favor with Republicans who control both the legislature and the governor’s mansion.

At a legislative hearing Tuesday, representatives from each of Iowa’s three public universities apologized for a range of incidents that Brink and other lawmakers say exemplify a widespread bias against white, conservative students.

For example, a University of Iowa student was threatened with discipline after responding to all recipients of an email that criticized an executive order from the then-president, Trump. The original email came from the dean of the College of Dentistry, who questioned an order that could have prohibited federal grantees from using materials that promoted diversity and inclusion. (Some students have, in turn, protested the university’s response to the critical lawmakers.)

Iowa State University, last year, disciplined an English professor who distributed a syllabus that prohibited students from choosing “any topic that takes at its base that one side doesn’t deserve the same basic human rights as you do (i.e.: no arguments against same-sex marriage, abortion, Black Lives Matter, etc.).” Iowa State also settled a lawsuit in March over its policy against “chalking” on university sidewalks.

At the University of Northern Iowa, the president had to step in to reverse a decision that denied an anti-abortion group recognition as a student organization.

“This is something we have heard about over and over and over,” Brink said. “The university doesn’t have the power to censure people’s views.”

The questions, said Colin Gordon, a professor of history at the University of Iowa, are whether students are really being censored in most of these incidents and if they would really be solved by removing tenure.

If conservative students are just encountering disagreement, Gordon said, that’s just another kind of free speech, not a violation of First Amendment rights.

If a professor puts something problematic on their syllabus, or shouts down a student in class, there are other ways to discipline them, he said, that fall far short of deserving termination. “These incidents don’t come anywhere close to being fireable offenses,” he said.

“Tenure doesn’t give faculty the ability to do whatever they want on the taxpayer’s dime,” he said. It doesn’t protect faculty members from truly egregious misconduct, he said, but it does protect free speech in the classroom, which is what elected officials say that they want.

Lawmakers, too, are conflating the defense of policy and practice with pure partisanship, Gordon said: Speaking out against Trump’s policy is not a partisan attack on him.

Republican lawmakers have also been selective in what kinds of discrimination they call out. No legislative hearings were held, for instance after an investigation confirmed reports of widespread racism within the University of Iowa’s football program.

Brink said she “had not researched that issue” and declined to respond.

Removing tenure would damage the reputation of the universities. But the tight academic-job market might make it difficult for many faculty members to leave their positions for another university, Gordon said.

Paige, the sociology professor and a native of Iowa City, is leaving her position at the end of the academic year. She said the growing criticism of higher education in the state is simply a response to the state’s growing minority population.

People feel threatened by the changing dynamics, and universities often lead the way in these things, she said. At the same time, the state’s shrinking rural populations would benefit from an influx of new people, Paige said, but legislators are enacting policies that make it less appealing.

“We need people to move into the state,” she said, “but lawmakers can’t process that.”