In Formula One, Does The Driver Or Car Matter More? 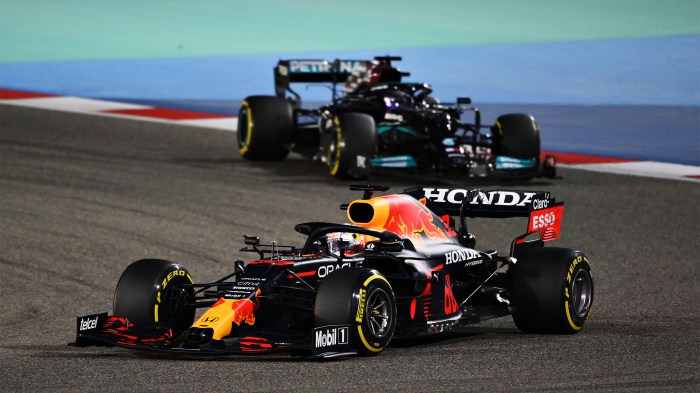 As we enter the second round of the 2021 Formula One Championship this weekend at Imola, we could be forgiven for assuming that this season will play out the same way each year has since 2014. With Lewis Hamilton’s win in the opening round at Bahrain last month — on his way toward breaking Michael Schumacher’s all-time record with eight titles — Mercedes looks set to continue its unprecedented run of dominance. But does Max Verstappen’s pole position and narrow defeat in the opening round mean change is here? Can Red Bull give its drivers a car that is not just quick enough but also reliable enough to end the Mercedes dynasty? And what should we expect from the many changes on the grid — headlined by the return of all-time legend Fernando Alonso after two seasons away from the sport?

To help analyze those questions, we turned to our Formula One Elo ratings … and made some important upgrades to the system for 2021. Our previous method didn’t separate drivers from teams, nor did it account for differences in their tendencies to finish races (or crash out in a blaze of glory). Our latest version addresses both of those weaknesses: Teams and drivers are now rated separately, using a blend of both ratings to determine the odds of one driver/team combination finishing ahead of another in a given race or qualifying session. We’ve also added a “reliability” component to the ratings, which estimates a driver or team’s odds of finishing a race without incident. Armed with these new wrinkles, Elo should give us a better sense of who is driving well, and who is being propelled along — or held back — by their ride.

As a test case, let’s look at the battle at the front of the grid between Hamilton in his Mercedes and Verstappen in his Red Bull. As has been his habit in recent years, Hamilton comfortably won the drivers championship last season by 124 points over teammate Valtteri Bottas and 133 points over Verstappen. But how much of that was because of differences in driver skill versus differences in equipment? Elo chalks it up mostly to the latter.

The average performance of the Mercedes chassis and engine throughout 2020 gave its drivers a 242-point advantage over average in our Elo predictor, making it easily the best team in the field. (In our current Elo model, the average driver rating is 1400 and the average team rating is 1200.) Red Bull had the second-best package, finishing 90 points of relative Elo behind Mercedes. In their respective cars, Hamilton would have been expected to beat Verstappen head-to-head 85 percent of the time in qualifying and 69 percent of the time in races, which basically matches up to what we saw from the two on the track last season.

But if we remove the team factors and put both drivers in equal equipment, Elo saw Verstappen as actually having had the better season in 2020. Verstappen led the field with a relative Elo of +90 points on an average team, compared with Hamilton’s +78 mark. Conditional on finishing the session, Elo would expect Verstappen to beat Hamilton head-to-head in identical cars 56 percent of the time in qualifying and 53 percent of the time in races.

In other words, it was close enough as to nearly be a toss-up — which you wouldn’t have necessarily known from Hamilton’s massive lead in the standings. And that helps inform our expectations for 2021, particularly after seeing the teams on-track and battling head-to-head in Bahrain. Taking into account both driver and car (and, again, conditional on finishing the race), our current Elo ratings consider Verstappen in the Red Bull to be faster at baseline than Hamilton in the Mercedes, the first time in years that Hamilton has not found himself ahead of the pack in that regard.

Of course, the place where Hamilton retains a sizable edge is in reliability. Our ratings think he is the driver who adds the most in that area — even after controlling for team reliability — with a 93 percent chance of finishing a generic 300 kilometer race in his Mercedes. That’s a not-insignificant advantage over Verstappen, who has an 89 percent chance of finishing a generic race in the Red Bull, placing him just slightly above the middle of the pack in reliability.

Because of this, Verstappen is projected to have a 51 percent to 49 percent edge on his rival in qualifying, where pure speed matters more, while Hamilton has an equally razor-thin edge on race day, where the effect of reliability creeps in over lap after grueling lap. According to Elo, Verstappen has a 28 percent chance of grabbing the pole at Imola (ahead of Hamilton at 26 percent). While Hamilton would have a 51 percent chance of beating Verstappen head-to-head in any given race, one of them will have to start in front of the other on Sunday. That one grid spot is good for about a 5 percent boost in win probability, and this year that could mean everything.

All of this just underscores how thin Hamilton’s margins are now. It would take only a slight narrowing of the performance or reliability gaps between Mercedes and Red Bull to tip the scales in Verstappen’s favor in the championship chase.

In order to better understand overall on-track expectations, we can combine the Elo and reliability metrics to predict how a driver and car combination would fare head-to-head against an average entrant on the 2021 grid. Hamilton in the Mercedes is at the top of these ratings, with an 77 percent chance against this reference point, while the Verstappen/Red Bull pairing is second at 75 percent.

As for the rest of the field, Red Bull’s other driver, Sergio Pérez — who joined from the former Racing Point team (now known as Aston Martin) over the offseason — seems primed for a big season as well. Pérez in his new Red Bull has the third-best Elo rating of any driver/team combo, with a 70 percent chance of beating an average driver after accounting for reliability. That’s on par with Bottas (69 percent), who has finished second in the championship each of the past two seasons in what Elo considers a clear case of car carrying driver. McLaren, which leapt from ninth in the constructors standings to third in just four seasons, may also be even better after upgrading from Carlos Sainz Jr. (No. 5 in our driver Elo ratings) to Daniel Ricciardo (No. 4) in the silly-season carousel. In McLaren’s ride, Elo gives Ricciardo a 64 percent chance of beating the average driver, which edges him ahead of his new teammate, Lando Norris (61 percent).

And what about Ferrari, the most successful constructor in F1 history? Although it showed some promise in 2019 with Charles Leclerc’s breakout, the Prancing Horse tumbled to sixth in the constructors standings in 2020, the team’s worst finish since 1980 (and tied for its second-worst finish ever). And it’s not clear things will be any better for the Scuderia in 2021. While Leclerc ranks third in our driver Elo ratings, as befitting one of the quickest and most talented drivers in the field, he ranks last out of 20 drivers in reliability score, and his car ranks seventh out of 10 teams early in the season. Sainz has a slightly better reliability rating (12th-best) but is slower when he completes a session. As a result, both Sainz (53 percent) and Leclerc (52 percent) would be only slightly favored head-to-head against an average driver/team combo as of right now.

Only time will tell whether Ferrari’s progress in testing and strong showing in Bahrain lead to improved ratings for the team and its drivers as the season unfolds. The good news is that we should learn a decent amount about the various teams fairly quickly. Our analysis shows that the standard deviation of Elo’s prediction errors drops steadily over the first five races of a season, then falls at a slower rate over the next few races before plateauing by midseason. Then the predictions begin to improve once more, eventually gaining information at a relatively rapid rate again by the end of the season. (This is consistent with the theory that teams adjust to results and tinker with their setups at midseason before sprinting to the end of the schedule.) And we already knew a lot before the season even started: For drivers, initial relative Elo explains 83 percent of the variation in driver effects by season’s end, and preseason team relative Elo effects explain 71 percent of the eventual variation in team effects.

One exception to that, however, might be Alonso. The two-time world champion left F1 as its third-highest rated driver in the 2018 season, then spent two years dabbling in SportsCar and IndyCar racing. Elo currently has Alonso ranked sixth in the field, with the sixth-best reliability score as well, after decaying his rating to reflect his time away from the sport. (That latter ranking falls to a tie for 13th when we mix driver and team effects, reflecting his car’s failure to finish in Bahrain due to brake problems.) In combination with the team ratings for Alpine F1 (formerly Renault), Alonso projects to have a 55 percent chance of beating an average driver head-to-head over a full race — decent, though not quite in the top tier of drivers early in the season.

An interesting parallel for Alonso might be Schumacher, who returned to F1 in 2010 after three seasons away. Despite joining a Mercedes team that emerged from the remains of 2009 constructor champion Brawn GP — and having never finished worse than third in the drivers’ standings over the seven seasons leading up to his first retirement — Schumacher was nowhere near as dominant in his comeback. In the three seasons before he retired again, he finished ninth, eighth and 13th in the standings, leading just three laps and notching only one podium in 58 races. Although Alonso is younger than Schumacher was in his comeback attempt — age 39, versus 41 — his current relative driver Elo (+30) is a lot lower than Schumacher’s was (+46) one race into the 2010 season. For good or potentially for bad, Alonso remains the biggest wild card of the 2021 season.

And a captivating season it should be, up and down the field. Although Mercedes has dominated the sport to an absurd degree in recent years, Verstappen overtaking Hamilton in driver Elo could be a prelude to the same happening in the standings if Red Bull closes the equipment gap by even a small amount. The closing laps of Bahrain could be a preview of the rest of the season, as Hamilton and Mercedes desperately work to stay ahead of a charging Verstappen and an improved Red Bull. Further intrigue could come from deeper into the pack — from McLaren’s ongoing resurgence, Alpine’s Alonso experiment, Sebastian Vettel’s fresh start with Aston Martin and Ferrari’s quest to bounce back from its 2020 nightmare. And of course, this will be the last season under the set of regulations that have helped shape the sport so thoroughly in recent years. Put it all together, and all the ingredients are in place for a season of historical significance as we follow the F1 action throughout 2021.