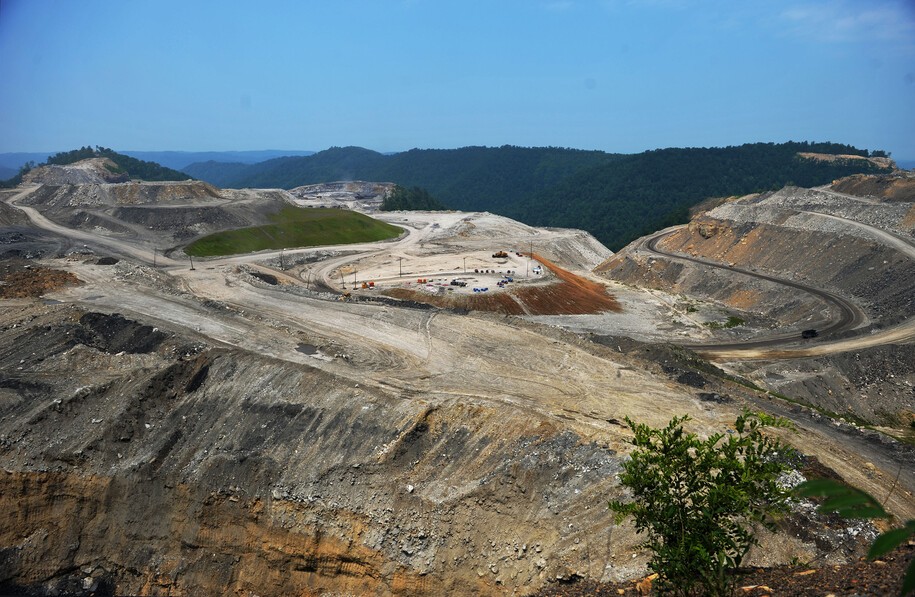 Coal mining is an extraction industry. When an extraction industry ends, every person and community dependent on that industry is left with not just nothing, but less than nothing. They’re left carrying the cost in health care for all the people harmed by companies that saw health and safety regulations as an obstacle to be avoided. They’re left with the environmental consequences of an industry that, by its nature, destroys not just forests and streams but entire mountains and valleys. They’re left with an economy hollowed out by a company that, in its final retreat, leaves behind neither a workforce nor conditions that attract a replacement.

What does a community look like when an extraction industry shuts down? Pick any ghost town in the West. That’s what it looks like.

In 2018, the Sierra Club took a look at the town of Lynch, Kentucky, to see what a mining community was like when the mines left. They found it “hollowed out” and falling to ruin. But Lynch is just one of many such towns. I’ve been there. I’ve seen them. It’s not just that the only industry in town has left, it’s that the industry left behind valleys filled with rubble, streets edged with coal that spilled from passing trucks, a water supply spoiled by acid runoff. I’ve been there. I grew up there. And in my decades as a geologist for a major coal mining company, I helped perpetuate it.

When the mining stops, what’s left are sick people and a failing town; the kind of community where even those who have worked themselves into “middle class respectability” suddenly find that their home is worth nothing, their local schools are bankrupt, and all their debts are as big as ever.

Right now, Joe Manchin is standing in the way of a reconciliation bill that offers West Virginia an off ramp on the road to ruin. And why he’s doing it … that doesn’t even really matter.

As CNN reports, electrical prices in West Virginia aren’t going down. They’re doing the other thing. While ratepayers in other states are seeing the benefits of increased use of solar and wind, West Virginia residents are paying for bankrupt plants that need hundreds of millions of dollars of maintenance. That includes the Longview plant, which Manchin has touted as the “most efficient coal plant in the country. “As Utility Dive notes, Manchin was at the front of the line last year, urging the Federal Energy Regulatory Commission to help Longview hurry through Chapter 11 — it’s second bankruptcy in a decade.

When it comes to cleaning up those failing mines, West Virginians are supposed to be protected by bonds put up by mining companies to cover the cost of reclamation. However, as The Alliance for Appalachia makes clear, West Virginia is one of a handful of states that allows mining companies to “self-bond.” That is, rather than having to put aside the required funds, or buy an insurance policy, companies can just declare themselves good for the funds. That means that when these companies fold, or even when they reorganize under Chapter 11, they can simply fail to produce the funds. As any of these companies would tell you, that’s not a bug; that’s a feature. Walking away from the hundreds of millions they owe is the plan.

And then there’s black lung. Under Trump — and with the support of Mitch McConnell — the payment that companies make to support black lung funding was drastically reduced. So was mine safety monitoring. With an epidemic of new black lung cases, the fund to support treatment is billions of dollars in the hole. Manchin is aware of this since he supports a bill to provide more funding. But that bill is, at the moment, still sitting in committee.

There is an alternative for Manchin. It’s one that was demonstrated ably by the state’s most successful legislator, Robert Byrd. Byrd didn’t fight against federal spending. He made the price of his support seeing that a disproportionate share of that spending went to his state.

Instead, he seems dead set on following every inch of the hellbound highway. And we all know where it ends.

The state of American Politics in a Global Pandemic