In an era of disorder, open trade is at risk 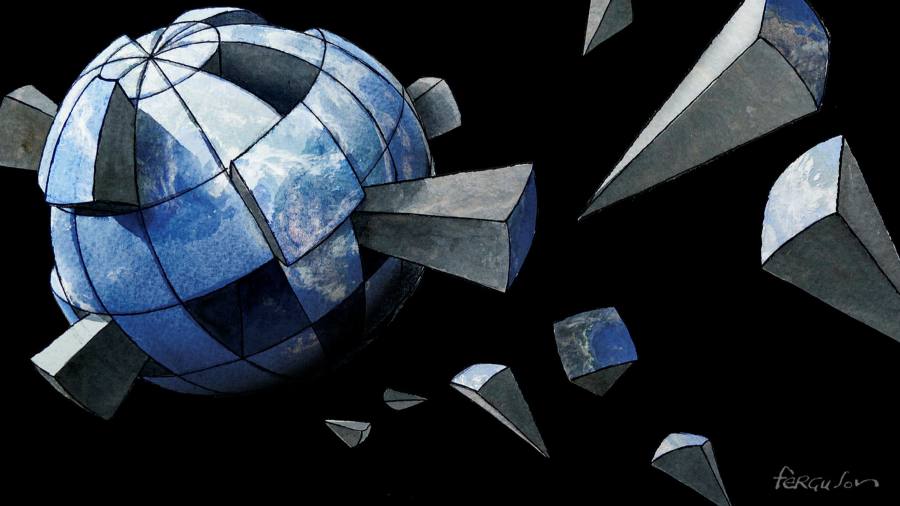 We have now moved into a third epoch in the history of the postwar global economic order. The first went from the late 1940s to the 1970s and was characterised by liberalisation, principally among the high-income countries closely allied to the US in the context of the cold war. From the 1980s and especially after the fall of the Soviet Union, more radical forms of economic liberalism, known as “neoliberalism”, spread across the world. The creation of the World Trade Organization in 1995 and the accession of China in 2001 were high water marks of this second era.

We are now moving into a new era of world disorder, marked by domestic mistakes and global friction. Domestically, there has been a failure, particularly in the US, to adopt policies that cushion the adjustments to economic change and provide security and opportunity for those adversely affected. The rhetorical ploys of nationalism and xenophobia have instead focused anger on “unfair” competitors, especially China. In the US, the idea of strategic competition with China has also become increasingly bipartisan, while China itself has become more repressive and inward-looking. With the war in Ukraine, these divisions have deepened.

How in such a world might a liberal trading order be sustained? “With great difficulty” is the answer. Yet so much is at stake for so many that everybody who has influence must try.

Fortunately, a large number of less powerful countries understand what is at stake. They should be willing to take the initiative, so far as possible, regardless of what the battling superpowers decide to do. In this context, even the limited successes of the WTO ministerial meeting in Geneva are significant. They have at the least kept the machine working.

It is more important, however, to clarify and then tackle the more fundamental challenges to the liberal trading system. Here are five of them.

First, sustainability. Managing the global commons has become humanity’s most important collective challenge. Trade rules must be made fully compatible with this objective. The WTO is an obvious forum for tackling destructive subsidies, notably for fishing. More broadly, it must be compatible with enlightened policies, such as carbon pricing. Border price adjustments, needed to prevent shifting of production to locations without appropriate pricing, are both an incentive and a penalty. These must be combined with large-scale assistance to developing countries with the climate transition.

Second, security. Here one must distinguish the economic from the more strategic and the issues business can handle from those that must concern governments. Supply chains have, for example, shown a lack of robustness and resilience. Businesses need to achieve greater diversification. But this is also costly. Governments may help by monitoring supply chains at the industry level. But they cannot do the job of managing such complex systems.

Governments do have a legitimate interest in whether their economies are over-reliant on imports from potential enemies, as Europe is on gas from Russia. Similarly, they must be concerned with technological development, especially in areas relevant to national security. A way to go about this is to construct a negative list of products and activities deemed of security interest, exempting them from standard rules of trade or investment, but keeping the latter for the rest.

Third, blocs. Janet Yellen, US Secretary of the Treasury, has recommended “friendshoring” as a partial response to security concerns. Others recommend regional blocs. Neither makes sense. The former assumes “friends” are forever and would exclude most developing countries, including strategically vital ones: is Vietnam friend, foe or neither? It would also create uncertainty and impose heavy costs. Similarly, the regionalisation of world trade would be expensive. Above all, it would lock North America and Europe out of Asia, the world’s most populous and most economically dynamic region, effectively leaving it to China. This idea is an economic and strategic nonsense.

Fourth, standards. Debates over standards have become a central element in trade negotiations, too often by imposing the interests of high-income countries on others. A controversial example is intellectual property, where the interests of a limited number of western companies are decisive. Another is labour standards. Yet there are also areas where standards are essential. In particular, as the digital economy develops, shared data standards will be needed. In their absence, global commerce will be substantially thwarted by incompatible requirements. This, by the way, was why the EU single market required the substantial regulatory harmonisation that the Brexiters loathed.

Finally, domestic policy. Sustaining an open trading system will be impossible without better domestic institutions and policies aimed at educating the public on the costs of protection and helping all those adversely affected by big economic changes. In their absence, an ill-informed nationalism is bound to sever the bonds of commerce, which have brought such benefits to the world.

This new epoch of the world is creating huge challenges. It is possible — perhaps even probable — that the world system will shatter. In such a world, billions of people will lose hope of a better future and shared global challenges will remain unmet. World trade is only one element in this picture. But it is an important one. The idea of liberal trade subject to multilateral rules was noble. It must not be allowed to perish. If the US cannot help, others should.