In 2016, FBI investigations marred an election. In 2020, they helped shore up public confidence 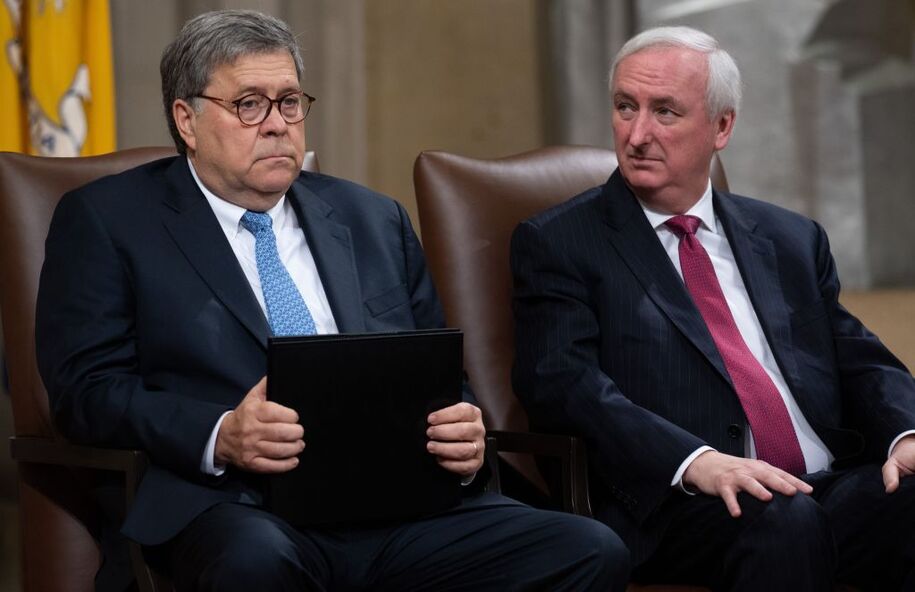 In September—against all evidence to the contrary—Barr echoed Trump’s claims about voting by mail, calling it “very open to fraud and coercion,” “reckless and dangerous,” and “playing with fire.”

And by November, Barr was ordering federal prosecutors to investigate “substantial allegations” of voting fraud, if they existed, according to reporting last fall by the Associated Press.

The issue involved a viral video that Trump allies claimed showed election workers at an Atlanta-based State Farm supposedly pulling ballots out of “suitcases.” But Georgia’s Secretary of State had already investigated the matter and put it to rest.

“[Secretary of State] investigators have already conducted recorded interviews of the individuals at issue, and such interviews reportedly revealed nothing to suggest nefarious activity with regard to the integrity of the election,” Amundson wrote to an FBI official on Dec. 7. “The FBI ‘re-interviewing’ those individuals at this point and under the current circumstances risks great damage to the Department’s reputation, including the possible appearance of being motivated by partisan concerns.”

Barr’s November memo, however, had already ordered the FBI to open fraud inquiries and settle them more quickly than the department had in the past. The break from protocol had also caused consternation within the department criminal division.

“This is putting us in a bad spot,” wrote David Bowdich, the FBI’s second in command. “I feel like we are operating under an antiquated thought process here. Everyone understood that before the election we should not do these types of inquiries, but we are in a place right now in this election cycle in which these types of allegations are important to vet out, particularly when many in the country are still questioning the results.”

Donoghue replied several hours later, concluding that it was Barr’s call to make and the attorney general had spoken.

“The fact is that millions of Americans have come to believe (rightly or wrongly) that something untoward took place, and it is incumbent on the Department to timely conduct a limited investigation to assure the American people that we have looked at these claims,” wrote Donoghue.

“If we come to the same conclusion as the GA SOS, then that should give the public increased confidence in the election results in GA,” Donoghue continued. “If we come to a different conclusion, then we’ll deal with that.”

Donoghue ended by sympathizing with the FBI’s seemingly no-win situation.

“Sorry that you and your team have been dragged into this again,” he said. “Unfortunately, this is the reality of working here these days.”

On December 1, Barr told the Associated Press the department had been following up on specific fraud claims and, “to date, we have not seen fraud on a scale that could have effected a different outcome in the election.”

But ultimately, having federal investigators dispense with a series of Trump’s ridiculous fraud claims helped increase confidence in the election among Americans still grounded in reality. That public trust has proven particularly critical given that a substantial majority of Republicans continue to baselessly believe the election was stolen.