Immortal Life Is A Stunning And Chill Stardew Valley-Like Game 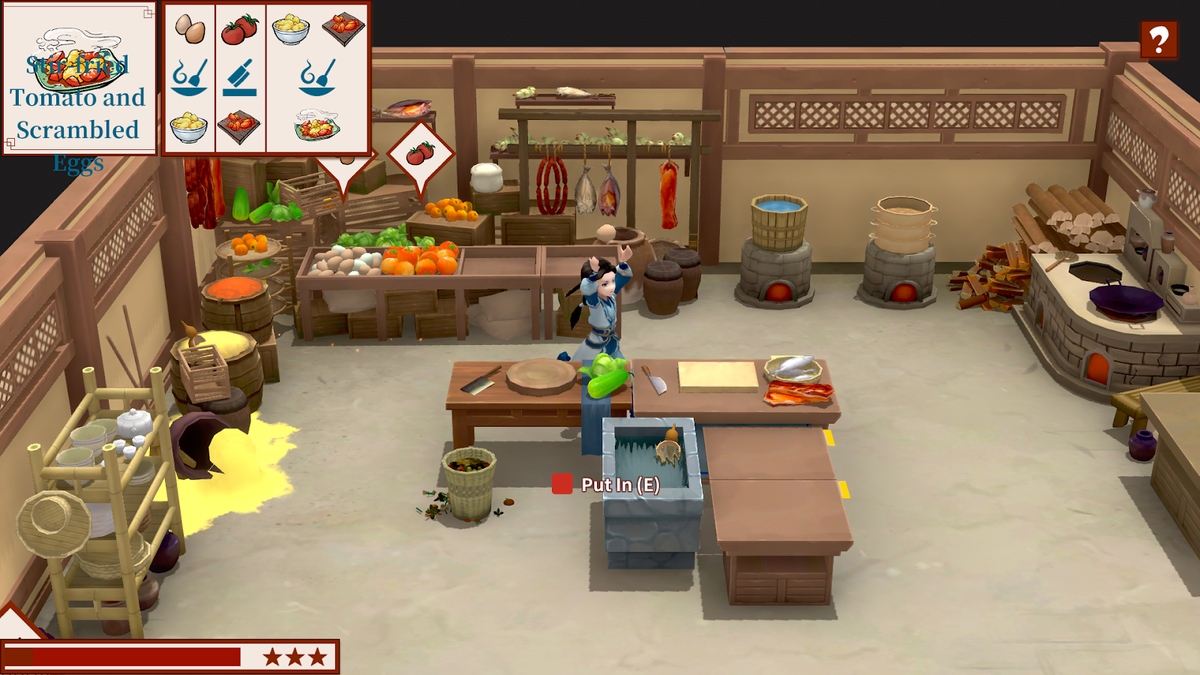 Last Friday, when I started playing Steam Early Access farming sim Immortal Life, I was only planning to play for a couple of hours before bed. I finally ended my session at 5 a.m. It’s a standout among farming sims because it tries to emulate the verisimilitude of life instead of the dreary economics of running a farm. Immortal Life has a beautiful art style, the villagers are all intensely likable, and the farming systems are satisfying without feeling punishing. Though the game is still only in early access, Immortal Life is my favorite farming simulation game since 2009’s Rune Factory 3 on Nintendo DS.

Immortal Life is a cross between Rune Factory and Stardew Valley, but with a major difference: Instead of European fantasy, the Chinese-developed game is firmly rooted in xianxia influences. You play as the surviving member of a fallen Taoist sect, and you must rebuild the organization to its former glory. This means expanding your farm, “cultivating” spiritual power by fighting local monsters, and improving your relationships with the local community.

The game doesn’t innovate in any of these mechanics, instead shining through the sheer charm of its worldbuilding. I mean, just look at these beautiful crops. There’s something incredibly meditative about rolling out of bed every morning and shaking your plants until teeny vegetables fall out. I’ve never gotten that same satisfaction from the Rune Factory games, where you simply pluck vegetables out of the ground. And instead of spraying your saplings with a super watering can, you can use special powers to summon a tiny thundercloud to sprinkle your farming grids with rain. Immortal Life doesn’t just focus on the end goal of min-maxing your crops for profit—it strives to make farming itself as enjoyable as possible.

Case in point, I’ve always struggled with how Rune Factory games can so often feel like jobs after a while. There’s always dozens of ways of obtaining more energy points and stretching the amount that you can farm, so instead of going to bed at a reasonable time, you’re using easily obtained ingredients to create more stamina dishes, thereby lengthening your workday. Immortal Life’s systems are more conservative, and only allow you to obtain a very limited amount of mana points per day. It’s also fairly expensive to restore the stamina that you need for farming resources. While these might sound like major cons, it prevented my farm life from becoming an endless grind. I’d prioritize obtaining specific resources every day, and I’d simply go to bed early if I finished by late afternoon. Farming feels like a means of earning a living, rather than a ruthless capitalism simulator.

Immortal Life also has a surprisingly robust cooking minigame for a farming game. Most farming sims simply check that you have the right amount of ingredients and the correct appliances. This game goes a step further by having you run around the kitchen and process each ingredient in the correct order. Though there’s no penalty for taking your time, I was able to obtain higher-quality dishes by memorizing recipes and thinking ahead on multiple steps; it was very satisfying to earn a “Perfect” score by expertly chopping vegetables while my fish was busy steaming over the fire. Moreover, there’s nice in-game art for the ingredients in every step of the process, such as diced vegetables or mincemeat.

Honestly, Immortal Life’s cooking system gave me higher expectations for similar systems in all games. Cooking is so satisfying in real life, and most games oversimplify the process until it’s merely navigating menus. But this game emulates life, and not merely the economics behind farming. For example, you have to chop vegetables on a separate board from the one that’s used to cut meat. It’s a small detail, but it reflects a common attitude that Chinese people have toward meat. You don’t dice cucumbers on the same board that you used to slice bloody chunks of pork; it’s just common sense. And it’s the small details that give Immortal Life a sense of being a lived-in world rather than a sterile playground.

Being an early access game, it has some rough edges. Not all the text is translated, so some description boxes are either just a blank space or untranslated Chinese characters. The side-quest localization can also be unclear. The combat is finicky and uninteresting, and I found myself avoiding encounters so that I could just mine the rocks that I needed. The game also suffers from some optimization issues that cause loading screens to take up to 30 seconds.

While these problems were mildly annoying, they didn’t detract from the beauty of Immortal Life’s environments or the vibrant personalities of the villagers. I grew attached to every member of my sect, and my favorite part of advancing the plot was encountering new dialogue with them. Immortal Life is an early access game that’s already worth trying.