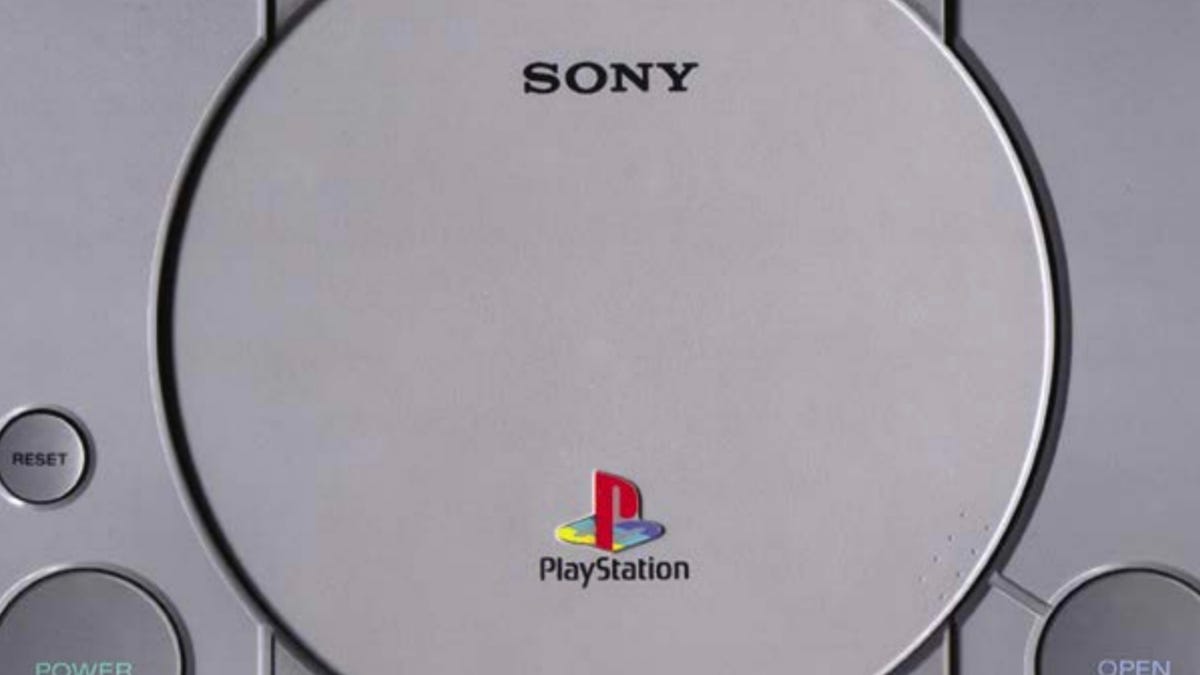 Limited Run Games is a business that has found its niche. In our modern digital world, in which many games get download-only releases, the company’s limited edition boxed copies provide a way for fans to enjoy the tactile, tangible pleasure of having a game they love in physical form. Sometimes, Limited Run gives beloved classic games the deluxe treatment, offering them with accompanying essays that put those games in context, not unlike the Criterion Collection does with films. Today, however, the company is announcing a new venture, one that strikes me as a logical progression of catering to people who want to see games given the consideration and treatment they deserve. Limited Run is moving into book publishing with its own imprint, Press Run, headed up by former games journalists Jeremy Parish and Jared Petty, and we’ve got an exclusive excerpt from one of the label’s first books.

It’s important to note that unlike the company’s games, while there may be collector’s editions of books that do sell out, the books themselves aren’t designed to be “limited.” As Limited Run put it in a message to members of the press, “Press Run exists to keep great books in circulation for as long as people want to read them, which means that these publications won’t necessarily sell out—if interest exists, we’ll publish second or even third editions.” The label’s kickoff includes subjects like games on the Virtual Boy, the history of developer Sunsoft, and a book on the launch and history of the original PlayStation.

Called PlayStation: A Retrospective, we have an excerpt of it below. Originally published in 2011 by Jeremy Parish and the GameSpite Crew to mark the console’s then-15th anniversary, it’s been revised for this new release. I’ve had a chance to look through the entire book a bit, and my initial impression is that anyone with a real interest in the history and impact of Sony’s fist console will love it. It combines a knowledgeable historical perspective on the business decisions Sony made that would change the video game landscape forever, with first-hand recollections of many PlayStation games. Not just a glossy look at the console’s greatest hits, in its pages games like the flawed but fascinating Strider 2 get equal consideration alongside the likes of Final Fantasy VII.

Below, I present to you an excerpt from the early pages of PlayStation: A Retrospective, the intro to the book’s section on the console’s launch, in all the glory that Kinja can muster. It’s a fascinating read that vividly reminds us just what Sony was jumping into with the original PlayStation, which went toe-to-toe with the Sega Saturn. However, rather than reading it below, you really should click through this link and see this intro (as well as later pages, including a piece on the original Resident Evil) as they actually appear in the book, because the book is gorgeous and beautifully laid out, full of photos, screenshots, and other artwork.

You can order PlayStation: A Retrospective and the other launch titles in the Press Run imprint on Limited Run’s website.

After several years of development, Sony’s re-imagined PlayStation launched in Japan at the end of 1994. The three years between Nintendo’s public double-cross and the system’s realization had seen many changes in the industry: Sega had shattered Nintendo’s hammerlock on the U.S. market; 3D graphics presented through polygons had emerged as a clear standard; FMV-based adventure games (“Siliwood”) fizzled into obsolescence after a brief bid for attention at the dawn of the CD-ROM era. The game industry of 1994 was a fractured, fractious mess, with every major player (and several would-be giants) making forays into the post-16-bit world.

PlayStation could have been just another Jaguar, 3DO, or PC-FX—another costly, aimless failure—but Sony had a clear vision for its new console. Where Sony’s approach to games was once limited to publishing software of question-able value, largely as a subordinate function to the company’s motion picture arm, PlayStation positioned them as hungry, ruthless leaders.

The system was unlike anything anyone had ever seen at the time.

One need look no further than PlayStation’s most immediate competitor to see just how ahead of the curve Sony was. Sega launched its Saturn in Japan at roughly the same time as Sony’s debut, and for a short while the Saturn was the more popular console. But ultimately, the pendulum swung toward Sony’s favor, because the PlayStation’s hardware design proved to be predictive while Saturn was reactive. Sega had always excelled at 2D game design and built Saturn to capitalize on this strength, but it soon became clear that the market was gravitating toward polygons. Sega’s leaders and engineers allegedly panicked and added a polygon-pushing coprocessor to the system’s board. The result was a machine that produced glorious 2D capable of surpassing even the mighty (and mightily expensive) Neo-Geo but whose 3D was anemic and difficult to work with.

Sony, on the other hand, correctly foresaw the direction in which game design was heading and built the PlayStation to accommodate developers’ needs. The processor was powerful, capable of rendering hundreds of thousands of polygons per second, covering every surface with detailed textures, and producing impressive lighting effects. Conversely to the Saturn, its Achilles’ heel proved to be 2D graphics handling; by some accounts, the machine didn’t even have traditional sprite-handling capabilities, meaning that bitmap visuals had to be faked by pasting them onto polygons.

Whether or not this is true, the hardware was definitely lacking in RAM compared to the Saturn—no issue for pushing simple math objects, but extremely limiting for storing bitmaps. Fighting games in particular suffered from the loss of animation frames necessary to squeeze all that data into the system’s cramped memory tables. Of course, just as Saturn’s top developers were eventually able to produce the likes of Burning Rangers and Panzer Dragoon Saga, savvy PlayStation programming resulted in some Saturn-quality 2D games like Castlevania: Symphony of the Night and Street Fighter Alpha 3.

Still, those developments were years away. In the short term, Sony’s hardware offered an arcade-quality conversion of Namco’s Ridge Racer, stunning fighting games like Toshinden and Tekken, a creative new take on the platformer in the form of Jumping Flash! (a jaw-dropping update of an obscure X68000 game called Geograph Seal), and even an old-school RPG in the form of Arc the Lad. While the latter didn’t make the cut for the system’s U.S. release—reportedly because of a mandate by Sony CEA against 2D games, though the presence of sprite-based titles like The Raiden Project and Rayman relegates this to the level of urban legend—the others arrived intact nine months later and helped the PlayStation launch strong in America.

The system was unlike anything anyone had ever seen at the time. Not only were its innards ridiculously powerful (yet easy for developers to design for, thanks to Sony’s vast library of hardware documentation and programming APIs), the console’s physical design set it apart as well. Slim, sleek, and densely packed, the PlayStation felt like a serious piece of consumer electronics; it had heft and solidity. Its casing had been cast in a higher grade of plastic than one expected from a game machine—neither the glossy, cheap material Sega had used for the Genesis or the toy-like substance (so vulnerable to aging and discoloration) seen in the Super NES, the PlayStation’s case felt expensive yet far from fragile. At the same time, it was more interesting than the massive black slab Sega offered in the Saturn. The shape of the case was distinctive, with a slim profile designed around lean right angles broken by circles that gracefully echoed the shape of the CD medium on which the games ran: an aesthetic descendent of the Discman, but distinctly its own creature.

Ultimately, Sony’s only real stumble with the PlayStation launch was its baffling advertising campaign…

Sony handled the system’s U.S. launch with calculated ease. At E3 2005, Sega infamously announced an immediate debut for their console in a bid to undermine Sony; the following day, Sony’s press conference for the PlayStation launch consisted simply of the announcement of the price—$100 less than the Saturn. Most gamers were willing to ride out the three-month wait for the PlayStation launch to enjoy a superior software lineup for less money.

Ultimately, Sony’s only real stumble with the PlayStation launch was its baffling advertising campaign, which drifted a little too far into the oblique. U R NOT e—with the letter e printed in red, as in “ready”—proclaimed the ads, seemingly telling customers they weren’t worthy of the new machine, generally not the most endearing tactic. But as maddening as these abstract and snooty first ads were, their follow-up swung too far toward prosaic, with Sony crafting an ersatz mascot in the form of Polygon Man, a sloppy jumble of spikes whose aim was apparently to depict the system as a home for ugly 3D character models.

Even these ill-considered ads couldn’t derail the system’s prospects, though. Hands-on play was all it took for people to appreciate the PlayStation’s sheer power, and five minutes of WipEout was generally sufficient to sell prospective customers on the merits of the slim, grey, 32-bit box. The PlayStation was off to a strong start, and even the spectre of Nintendo’s Ultra 64 lurking in the wings couldn’t crimp Sony’s style.

Synced Open Beta Hands-On Preview: Can This Nano-Infused Looter Shooter Do Enough to Stand Out?