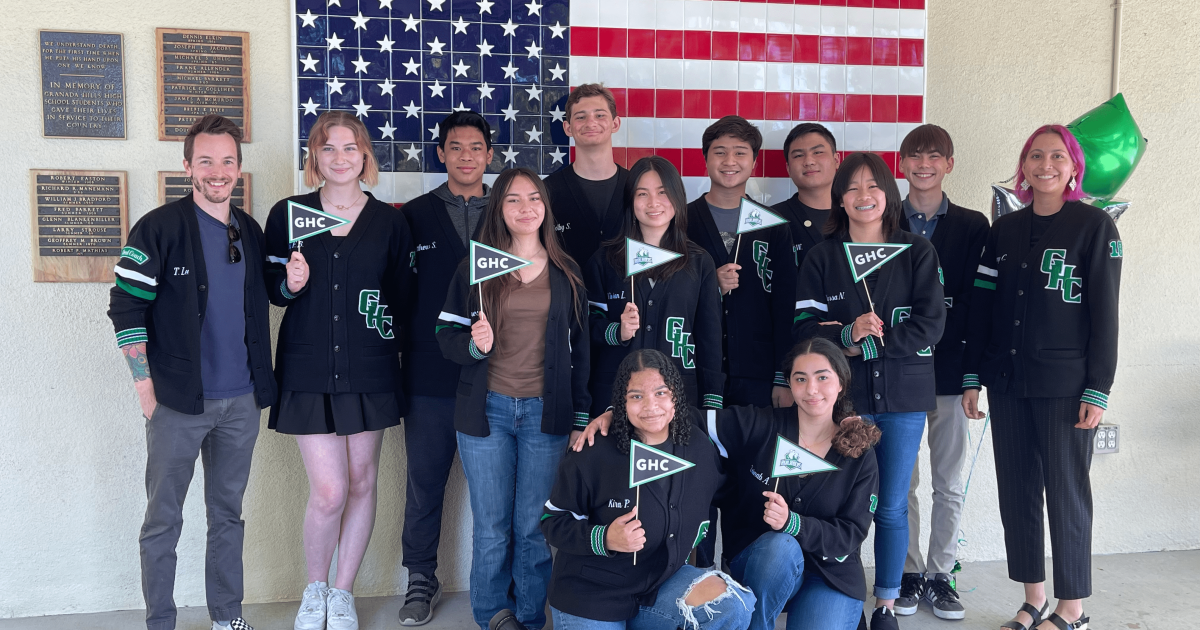 After months of studying, the Academic Decathlon team at Granada Hills Charter awaited its fate.

The defending champions entered the 2022 national competition in second place but knew they had a good chance of repeating their success.

But shock still prevailed Saturday with the countdown to the first-place winners and, finally, the announcement that the San Fernando Valley high school had won the title for the ninth time.

“I’m a national champion!” Lily Fairbank-Bermejo, 17, told co-workers Sunday morning when she walked into work at the local coffee shop.

Lee said that the team, winnowed down from a pool of more than 30 students, had spent “many, many hours” studying after school and during “Saturday scrimmages” to prepare for the rigorous battle.

“Seeing students who can … commit to something, stick to it and put everything they have into it — mentally, emotionally and really work together — it’s indescribable,” said Lee, a history teacher who started at Granada Hills this past school year. He believes that the school’s strong support of the program is what has contributed to its ongoing success.

“Most sports programs are two or three months long,” Lee said. “Decathlon is almost the entire year, so it’s exhausting for them and I know it. But this group of kids really just kept going. They worked together, they lifted each other up.”

This year’s theme was “California Water: A Most Essential Resource.” Pospeshil, a senior and a first-timer in the competition, said that the theme itself comes at a time when California is in a multi-year drought and is what compelled her to try out for the team — the topic was one she cared about.

This year’s three-day competition was held virtually over Zoom. The students gathered each day in their school’s auditorium and returned Saturday morning to watch the awards ceremony together.

Al-Atya, the nine-person team’s sole sophomore who was the highest-ranking student in the entire competition, said she celebrated first by taking time to rest.

“I just went home and went to sleep because I think after all this studying and this long school year, I really just needed a break,” said Al-Atya, 15, a first-timer on the team who also entered the campus for the first time this year since the pandemic shut its doors.

Pospeshil, 18, didn’t have much time to process the win before she had to run home to get ready for prom. At the dance, she celebrated with friends who showered her with congratulations.

The outcome of the competition won’t make a difference to her college prospects — she’s headed to MIT in the fall to study computer science. But it has already boosted her confidence.

“There’s a tendency to feel like you’re not enough or maybe it’s a fluke or you can’t keep up, and having a national championship under my belt is definitely reassuring. I’m excited to go into college with this win,” Pospeshil said.

Fairbank-Bermejo, a junior who also joined the team for the first time, echoed the sentiment.

“I’ve always had a lot of self-doubt before, but then it’s like I know the work I put into something, I know what I accomplished and it’s been very beneficial in that aspect,” she said, “but i also think it will be helpful for my future, not just in terms of whatever colleges I go to but also just how I carry myself.”

The school is planning a pep rally to celebrate the students’ win.