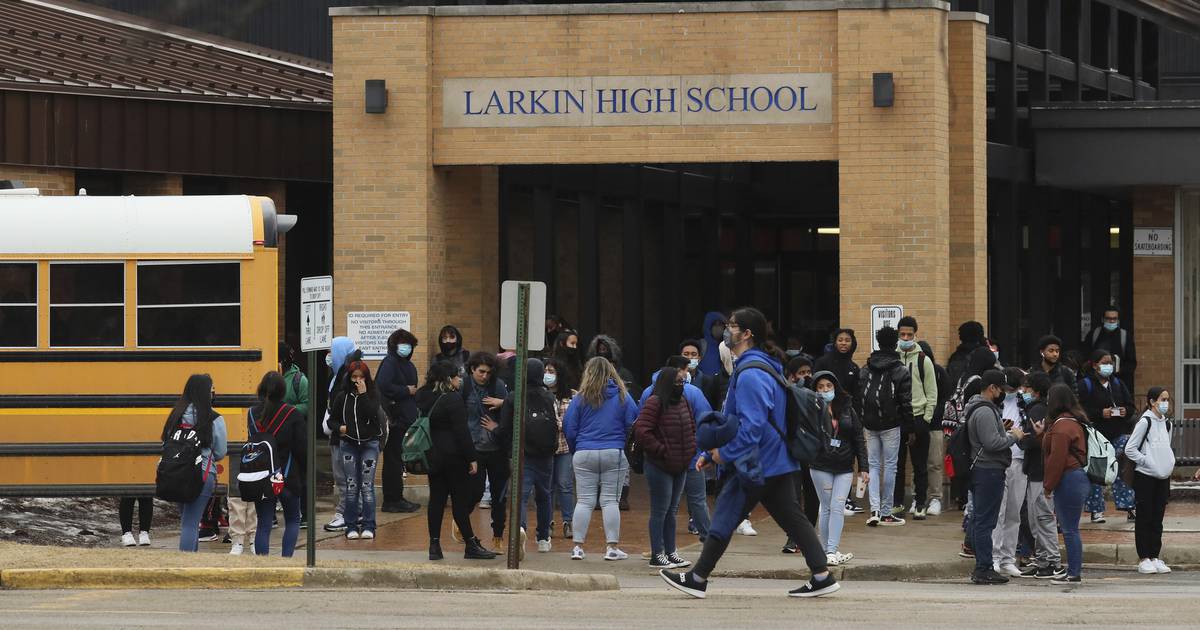 Hundreds of Illinois school districts are awaiting their share of $87 million in funding mistakenly allocated to Chicago Public Schools, which has been asked to reimburse the state for the overpayment.

A total of 769 school districts are slated to be reimbursed for the shortfall, which officials with the Illinois State Board of Education attributed to a coding error dating back to the launch of Evidence-Based Funding for Student Success Act, which was signed into law by former Gov. Bruce Rauner in August 2017.

The new evidence-based funding changes the way school districts receive the bulk of state funds, sending more resources to Illinois’ most under-resourced students, “ensuring all schools have the resources they need to provide a safe, rigorous, and well-rounded learning environment for all students,” according to ISBE.

CPS spokeswoman Mary Fergus said in a statement Friday that “the error made by an ISBE contractor in 2018 during the initial development of the enrollment verification system for Evidence-Based Funding (EBF) has caused an overpayment to CPS in the amount of $87.5 million. We are in discussions with ISBE and the General Assembly about the impacts on CPS and the state budget.”

ISBE Superintendent Carmen Ayala was not available to comment on the funding error, or how the state plans to recoup the overpayment to CPS.

But ISBE spokeswoman Jackie Matthews said a “multiyear payment plan has been discussed.”

“We have had several conversations with CPS and will continue to work with the district to resolve this matter,” Matthews said in a statement Friday.

District 46 Superintendent Tony Sanders, whose suburban district was hit hardest by the ISBE funding mistake, said he learned of the state’s evidence-based funding miscalculation from the Chicago Tribune earlier this month.

He recently received an email from the state explaining the district is owed and will be reimbursed $5.2 million, Sanders said.

“I’m just pleased they found the error and are working to correct it, so I give the state and the General Assembly credit,” Sanders said.

Sanders, whose district enrolls about 36,000 students, with nearly 60% from low-income families, said he is a strong supporter of the new evidence-based funding model, which he said increases equity by allocating adequate state funding to underserved communities.

Proponents of evidence-based funding say the model is integral to providing educational equity for students statewide, as school districts in Illinois are funded primarily by local property taxes, which can vary dramatically and typically provide more robust resources to schools in affluent communities.

At Plainfield School District 202, which enrolls about 25,000 students, with more than a third from low-income families, spokesman Thomas Hernandez said district officials are not yet sure how they will use the roughly $3 million they are owed from the state.

“We are happy to be made whole, and are in the first part of our budgeting process, so the timing is good,” Hernandez said.

ISBE spokeswoman Matthews said this week that the agency “identified the discrepancy” while preparing an EBF data report in December 2021 “and immediately began investigating.”

“After identifying that there was a discrepancy in the enrollment counts for CPS, ISBE needed to conduct a thorough investigation to confirm the existence and scope of the error and determine the source of the error,” Matthews said.

Describing the EBF calculations as “very complex,” and including more than 17,000 data points and more than 240,000 Excel formulas, Matthews said “determining the cause of the discrepancy required conducting extensive recalculations and reconfirming enrollment counts and other data elements.”

“Once ISBE identified the coding error that was causing the discrepancy, ISBE needed to determine the scope of the error, including the districts and EBF payments impacted,” Matthews said.

ISBE administrators notified board members of the discrepancy in mid-February “but at that time staff were still investigating the scope of the problem, including how much CPS was overpaid and its impact on other districts,” Matthews said.

ISBE “flagged the discrepancy for CPS in mid-March while ISBE was still working to calculate the scope of the issue,” Matthews said. The amount overpaid to CPS was confirmed the week of March 30.

When Gov. J.B. Pritzker’s administration took over in January 2019, the evidence-based funding “code had been deployed for two years already and had passed the ‘real world test’ with no issues,” Matthews said.

“Changing functioning code introduces risk. It would have violated best practice to go back and review the code after two years of ostensibly successful implementation,” Matthews said.

“ISBE has now added an additional independent data calculation validation step to ensure accuracy moving forward and is pursuing an external audit of the entire EBF formula,” she said.

Ron O’Connor, assistant superintendent of business services at Community Consolidated School District 59, which has schools in Arlington Heights, Elk Grove Village, Des Plaines and Mount Prospect, said that while the district is owed only about $23,000 from the state, the reimbursed funding is appreciated.

“Every dollar counts for education, especially in these days of high inflation,” O’Connor said. “We are always committed to working with the state and I am pleased that they are initiating a process for auditing the EBF formula so that the right funds go to the right districts.”