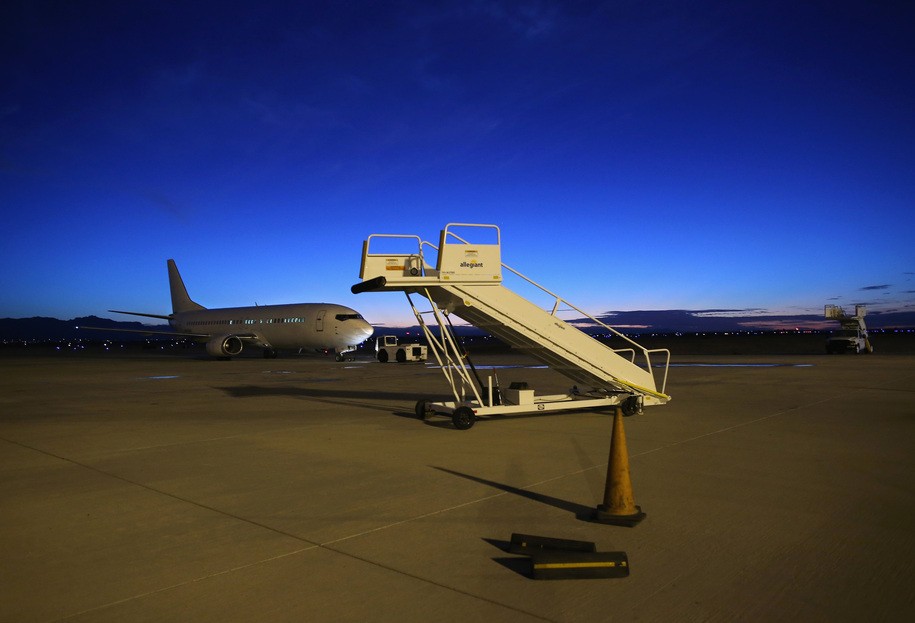 “On this first day of Black History Month, as the nation pays tribute to the generations of African Americans who struggled and continue to struggle through anti-Black structural racism, discrimination and violence, an ICE deportation flight took off this morning to Haiti,” Haitian Bridge Alliance and UndocuBlack Network said in a statement received by Daily Kos. “This deportation, which follows a deportation January 28 to Jamaica, represents the latest in a long history of intentional abuses by immigration authorities against Black women, children and families who seek safety and security in the United States.”

“The audacity to practice such cruelty on the first day of Black History Month, exemplifies the anti-Black sentiment that has always existed within the ranks of ICE officials,” UndocuBlack Network co-director Patrice Lawrence said. “ICE jumped at the opportunity to deport Black immigrants to the Caribbean, Central Central America and Sub-Saharan countries almost immediately after the issuance of the unjust, baseless, and legally unsound TRO on the 100-Day Deportation Moratorium. We know that at the top of the list, individuals from Cameroon, Mauritania, Angola, Congo, Haiti and Jamaica are immediately at risk.”

The intentional abuses by the agency, which has an annual budget of $8 billion, only seem to be worsening. The Guardian reports that in addition to the deportation flights of Black immigrants, advocacy groups Freedom for Immigrants, Al Otro Lado, and Advocates for Immigrants Rights have alleged that ICE agents have continued to torture Black asylum-seekers, including forcing them to agree to their own deportation.

“As one was pressing on my neck with their hands, the other came in front of me, pulling my head from above, straightening my neck so they could easily suppress me,” Cameroonian asylum-seeker, “H.T.”, said according the report. “One climbed onto my back. I had a lot of trouble breathing. This happened for more than two minutes. I was gasping for air. I told them: ‘Please, I can’t breathe.’ I asked them to release me. They said that they didn’t care; what they need is my fingerprint.”

This is a pattern by ICE, not an outlier. Advocacy groups exposed allegations of torture against Black immigrants last fall, and Black immigrants face greater risk of abuse and deportation overall. Following the last four years, the agency remains defiant. “Despite having a new administration,” Haitian Bridge Alliance and UndocuBlack Network continued, “ICE continues to take advantage of the court-ordered temporary stay in President Joe Biden’s deportation moratorium, which a Texas judge extended on January 29 for an additional 14 days, until February 23.”

“ICE officers can use their discretion to grant stays of
removal and release individuals on a case-by-case basis. Yet ICE officers seem to be using the order
as an excuse to rush deportations, particularly to majority Black countries …” https://t.co/ju0MvpNAm9

But Stephen doesn’t get to set the agenda anymore. Following the announcement of his official nomination last year, newly confirmed Department of Homeland Security Sec. Alejandro Mayorkas said that “[w]hen I was very young, the United States provided my family and me a place of refuge. Now, I have been nominated to be the DHS secretary and oversee the protection of all Americans and those who flee persecution in search of a better life for themselves and their loved ones.” He can put those words to action by firing rogue agents defying orders, and stopping the deportation flights. In a new letter, 120 law experts said he has total discretion to do this.

“This has to stop,” Haitian Bridge Alliance and UndocuBlack Network said. “Affirmative, meaningful steps need to be taken now to make sure that every single ICE and CBP officer understands it’s a new day, and that they will be held accountable for continuing the cruelty of prior administrations.”

Click here to demand ICE stop all deportation flights and return back to the U.S. passengers cruelly deported by the agency.