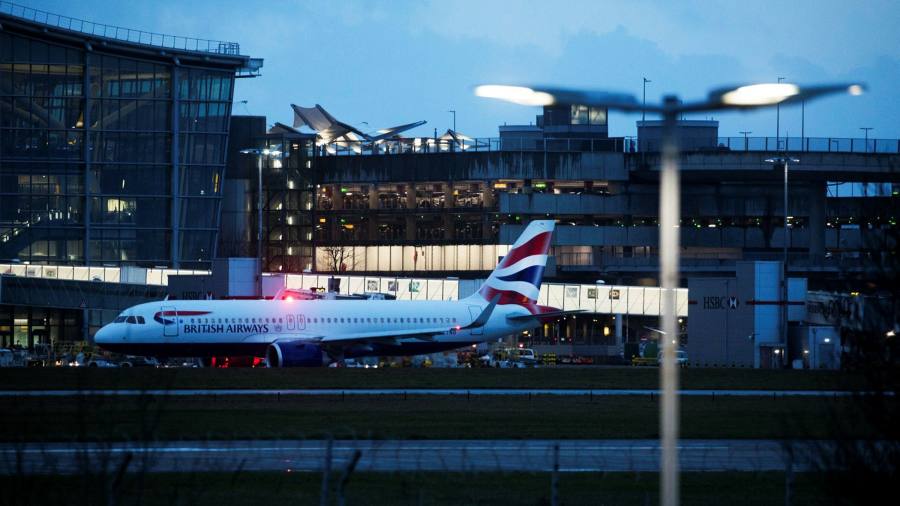 British Airways owner IAG has slumped to the biggest loss in its history as the coronavirus pandemic closed borders and grounded its aircraft.

The airline group, which also owns Iberia, Aer Lingus and Vueling, reported a full year operating loss after exceptional items of €7.4bn (£6.5bn), the worst since its formation ten years ago.

The loss is one of corporate Britain’s heaviest in 2020. Oil majors Shell and BP are the only FTSE 100 companies to have lost more money over the period, according to Refinitiv data, although not all companies have yet reported.

The pandemic has ripped through IAG’s business model, which is geared towards highly profitable corporate customers and long-haul routes. Border restrictions are in place across many of its airlines’ key markets including the UK and US, and the immediate outlook for the industry is still bleak.

IAG expects to fly about 20 per cent of its 2019 schedule in the first quarter of this year, and said it was focused on raising cash and cutting costs.

But as large numbers of people in the developed world are vaccinated, airline executives are hopeful that the industry could move into recovery in the second half of this year.

IAG’s chief executive Luis Gallego said 2020 had been a year of crisis for his industry, but that infection rates “are going in the right direction”.

Revenue fell 69 per cent over the year to €7.8bn as the airline group flew just a third of its normal schedule in 2020.

IAG has built up €10.3bn in liquidity to help it survive the collapse in passenger numbers, but like many of its peers the race to raise cash has left it increasingly indebted. The company’s net debt stood at €9.8bn at the end of the year, up nearly 30 per cent on the previous year.