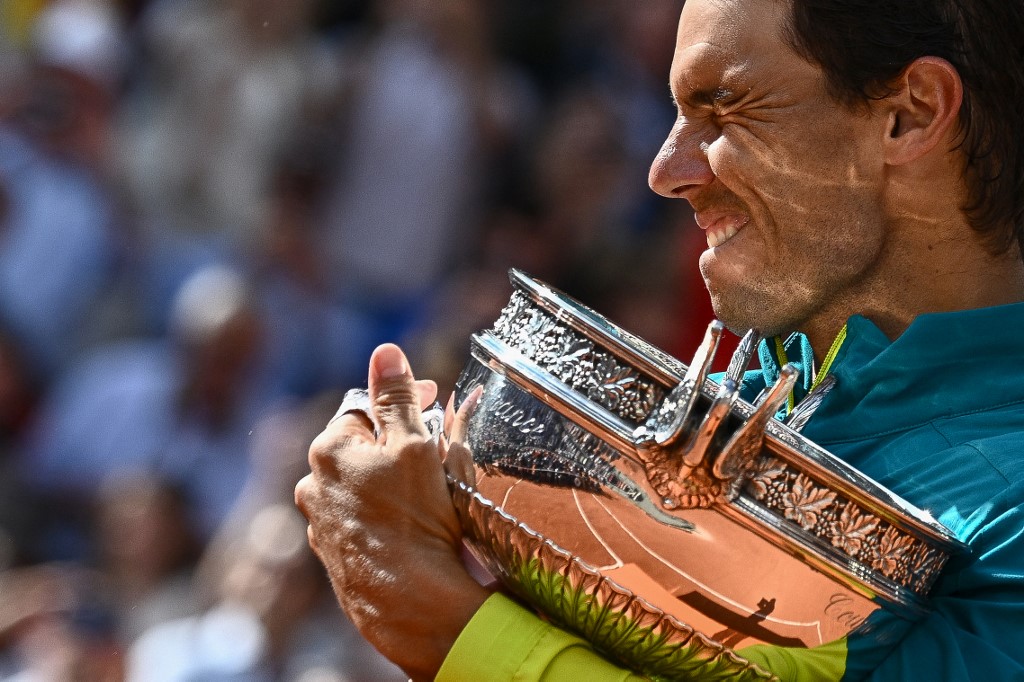 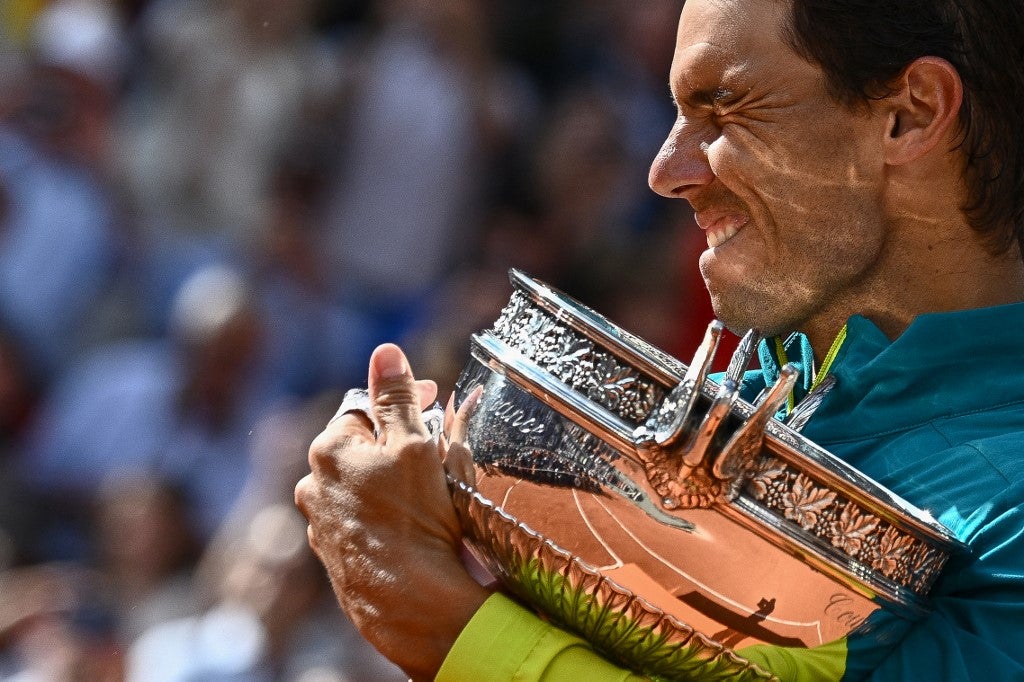 Spain’s Rafael Nadal poses with The Musketeers’ Cup as he celebrates after victory over Norway’s Casper Ruud during their men’s singles final match on day fifteen of the Roland-Garros Open tennis tournament at the Court Philippe-Chatrier in Paris on June 5, 2022. (Photo by Anne-Christine POUJOULAT / AFP)

Rafael Nadal said he would “fight to keep going” after beating Casper Ruud in the final to win his 14th French Open title on Sunday, despite being hampered by injury.

The record 22-time Grand Slam champion has been suffering from a chronic left foot problem and said earlier this week he was not sure how long he could continue and that every match at Roland Garros could be his last.

On the eve of the final, he even said he’d rather lose Sunday in exchange for a new foot.

Nadal’s victory was his 112th in the clay-court major, against only three defeats.

His participation at the tournament had been in doubt even earlier in the season after another absence due to a rib stress fracture.

Sunday’s victory came 17 years to the day since Nadal won on his Roland Garros debut in 2005.

The 36-year-old, the oldest man to win the French Open, paid tribute to his team for helping him continue at the top of the sport.

“I don’t know what I would do in terms of injuries if it wasn’t for the team, my family and everyone around me,” said Nadal.

“I never believed I would be here at 36, being competitive again, playing in the most important court of my career one more time in a final.

“It means everything to me. It means a lot of energy to try to keep going.”