‘I will be with you, whatever’ Tony Blair tells Bush upon entering Afghanistan—but criticizes Biden 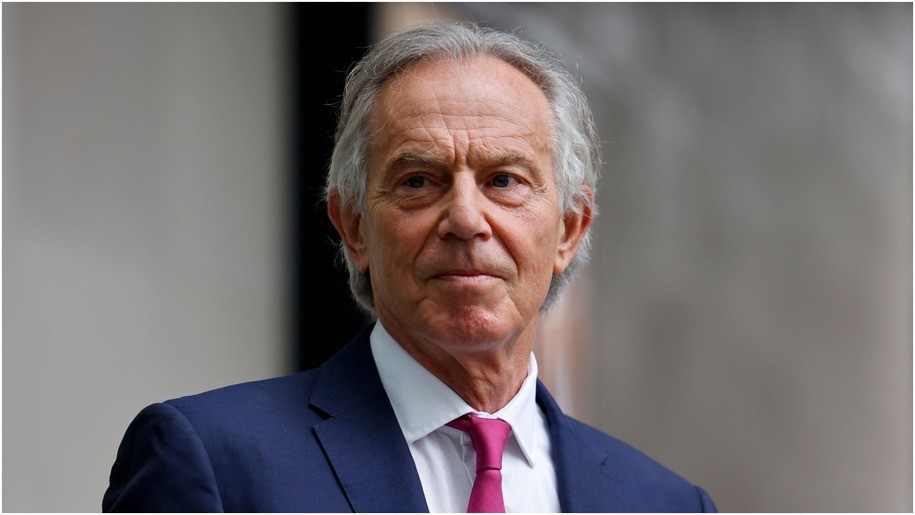 There is no denying the ghastly effects of the U.S. withdrawal of troops from Afghanistan. Viral video showed Afghan civilians desperately clinging to departing U.S. aircraft and reports surfaced on Sunday of people, including a toddler, trampled to death trying to escape the country. “Conditions on the ground remain extremely challenging,” said the British Defense Ministry, which the New York Times reported has troops at the Kabul airport in Afghanistan.

The Pentagon put into action a “rarely used” program calling on commercial airlines to respond in cases of national emergency and enlisted 18 aircrafts to help Afghans depart from the Middle East and Europe, The Wall Street Journal reported. More than 25,000 people have already been airlifted out of Afghanistan since efforts began on Aug. 14, and the U.S. has evacuated almost 8,000 people in 24 hours, wrote the Journal.

“The threat is real. It is acute. It is persistent,” White House national security advisor Jake Sullivan told CNN. “And it is something we are focused on with every tool in our arsenal. We are taking it absolutely deadly seriously.”

I question how the blame game Blair didn’t hesitate to join in on assists in those efforts. “The world is now uncertain of where the West stands because it is so obvious that the decision to withdraw from Afghanistan in this way was driven not by grand strategy but by politics,” he wrote on the website of the Tony Blair Institute for Global Change, where serves as executive chairman. “We didn’t need to do it. We chose to do it. We did it in obedience to an imbecilic political slogan about ending ‘the forever wars’, as if our engagement in 2021 was remotely comparable to our commitment 20 or even ten years ago, and in circumstances in which troop numbers had declined to a minimum and no allied soldier had lost their life in combat for 18 months.”

He called “the abandonment of Afghanistan and its people” a “tragic, dangerous, unnecessary,” fate “not in their interests and not in ours.”

“In the aftermath of the decision to return Afghanistan to the same group from which the carnage of 9/11 arose, and in a manner that seems almost designed to parade our humiliation, the question posed by allies and enemies alike is: has the West lost its strategic will?” Blair asked.

The real question for those interested in grappling with reality should be whether the U.S. and Britain moved with “strategic will” when they decided to enter war in Afghanistan and Iraq. That question went unanswered directly in Blair’s statement, but the implications of his regrets certainly lead in the direction of no.

“As the leader of our country when we took the decision to join the United States in removing the Taliban from power – and who saw the high hopes we had of what we could achieve for the people and the world subside under the weight of bitter reality – I know better than most how difficult the decisions of leadership are, and how easy it is to be critical and how hard to be constructive.

Almost 20 years ago, following the slaughter of 3,000 people on US soil on 11 September, the world was in turmoil. The attacks were organised out of Afghanistan by al-Qaeda, an Islamist terrorist group given protection and assistance by the Taliban. We forget this now, but the world was spinning on its axis. We feared further attacks, possibly worse. The Taliban were given an ultimatum: yield up the al-Qaeda leadership or be removed from power so that Afghanistan could not be used for further attacks. They refused. We felt there was no safer alternative for our security than keeping our word.

We held out the prospect, backed by substantial commitment, of turning Afghanistan from a failed terror state into a functioning democracy on the mend. It may have been a misplaced ambition, but it was not an ignoble one. There is no doubt that in the years that followed we made mistakes, some serious. But the reaction to our mistakes has been, unfortunately, further mistakes. Today we are in a mood that seems to regard the bringing of democracy as a utopian delusion and intervention, virtually of any sort, as a fool’s errand.”

Journalist Josh Marshall tweeted in response to Blair’s words: “If I’m not mistaken Tony Blair, most associated in the foreign policy realm with two of the most catastrophic decisions in decades is lecturing the US about ‘grand strategy’. Got it.”

Also, not that it’s immediately relevant but if Blair’s argument is “patience” and “determination” I believe the UK made it no more than three and half years each in its two sojourns in Kabul? Bitch, please.

Sen. Chris Murphy added to the conversation erupting on Twitter over the weekend:

“Spare me the make believe indignation from Republicans about the Afghanistan evacuation.

1/ Here’s the story of the relentless Republican effort (led by President Trump) to undermine and destroy the programs that help bring Afghan refugees to the U.S.

2/ Over the last decade, Republicans have pushed to intentionally create a massive backlog in the Special Immigrant Visa (SIV) program – the one we use to bring Afghan partners to America, by putting onerous conditions on the applications.

In 2016, Obama asked to increase the cap for the SIV program. Senate Republicans objected.Then, the Trump Admin started slowing down SIV processing. When Biden took over, there were 10,000 unfilled visas, despite 17,000 applications in the pipeline.

4/ This dovetailed with the assault by Trump and  Republicans to destroy other refugee programs that bring Afghans to the U.S.. Obama admitted over 2,700 Afghan refugees. Trump admitted 400, bc he had dismantled the refugee system. Biden had to rebuild it.

5/ And today Trump Republicans are making it clear they will oppose bringing more Afghan refugees to the U.S..Steven Miller: ‘Resettling [Afghans] in America is not about solving a humanitarian crisis; it’s about accomplishing an ideological objective to change America,’”