‘I thought I was going to die’ in Capitol attack, Ocasio-Cortez says. She’s not alone 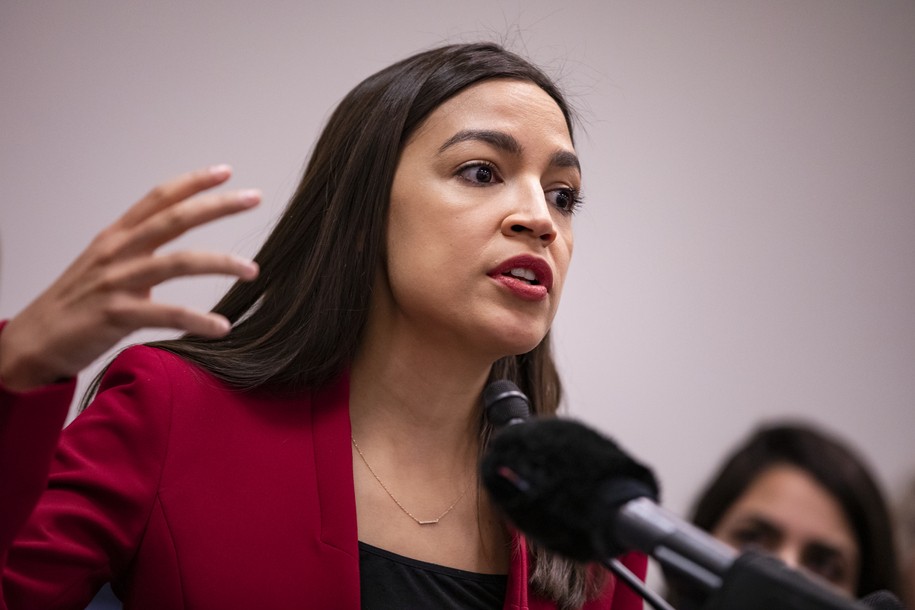 ”The reason I’m getting emotional in this moment is because these folks who tell us to move on, that it’s not a big deal, that we should forget what’s happened, or even telling us to apologize,” she said, “these are the same tactics of abusers, and I am a survivor of sexual assault and I haven’t told many people that in my life. But when we go through trauma, trauma compounds on each other.”

Ocasio-Cortez ended up hiding in Rep. Katie Porter’s office for a time. Porter described to Lawrence O’Donnell the moment AOC arrived, terrified. “Alex is really usually, like, unfailingly polite and very personable, and she wasn’t even really talking to me, she was opening up doors, and I was like ‘Can I help you? What are you looking for?’ And she said ‘I’m looking for where I’m going to hide.’”

Porter recounted telling her, “’I’m a mom. I’m calm. I have everything we need. We can live for like a month in this office.’ And she said, ‘I just hope I get to be a mom, I hope I don’t die today.’” And after Ocasio-Cortez expressed fear that she was wearing heels and wouldn’t be able to run, Porter found a pair of sneakers for her to wear. That’s the level of fear Ocasio-Cortez was facing.

We know that the fear she felt was reasonable—people died that day and others were injured. The mob absolutely wanted to kill members of Congress. But, as she said, there’s an attempt at erasure going on, with Republicans wanting desperately to downplay the seriousness of what happened. So it’s important to understand how very far from alone Ocasio-Cortez was in her fear.

That includes specific fears, like—once she learned where the extraction point for members of Congress was—refusing to go there because “There were members who were live-tweeting the location of the speaker that were probably going to be there.” Rep. Mondaire Jones told Lawrence O’Donnell, “I share her concern. In that room there was an announcement made by the respective caucus chairs, Hakeem Jeffries and Liz Cheney, that members in that room were live-tweeting and otherwise doing interviews revealing our location, despite having been instructed, for obvious reasons that frankly should not have required instruction, not to disclose the whereabouts of 200 members of Congress who had just escaped a massacre in the House chamber minutes before.”

Jones added, “The fact is that a number of these people, in addition to having incited that violent insurrection that we saw, likely were coordinating more explicitly with these people, and so the investigation is ongoing and every day we learn more about the level of involvement of a number of our colleagues.

Other members of Congress have recounted similar kinds of fear in hiding that AOC described. Reps. Lois Frankel and Grace Meng spent five hours barricaded in a lounge, with Frankel texting her son, a former Marine, pictures of how they had blocked the door for his advice on securing it better. If the mob broke through the door, Frankel’s plan was to pretend to be secretaries, but Meng wasn’t so sure that would help. “But what actually scared me more was what would come after, when they opened the door and realized that I was a minority, a woman of color,” she said. “I was scared what they would do to me if they [saw] what I look like.”

Rep. Sara Jacobs was among the people in the House gallery who had an especially close brush with the insurrectionists. “We could hear the mob behind us. We heard gunshots,” she told Slate. “I remember thinking to myself that I don’t even know how to get out of the gallery in the best of times. It’s my fourth day—how am I going to evacuate?”

Several representatives echoed Ocasio-Cortez in talking about the ongoing emotional impact of the trauma. Rep. Ann McLane Kuster told Slate’s Christina Cauterucci the week after the attack that she was feeling “a level of anger that I am unfamiliar with,” including that “I don’t swear, and honestly, I’ve dropped more F-bombs in the past week than I think I have in my lifetime.”

Rep. Jason Crow, a former Army Ranger, said “I feel a responsibility to destigmatize the experience” of the trauma response, because so many of his colleagues are struggling with it. And he noted that many Republicans also felt that fear—they’re just refusing to talk about it because they want the whole thing to go away.

In addition to members of Congress who feared for their lives, we should be hearing from congressional staffers and from the workers who maintain the Capitol and care for the members—the food service staff who somehow provided members of Congress with food during the insurrection, the maintenance and cleaning staff who were there at the time and who cleaned up the damage afterward. They too experienced this trauma and should have a voice in talking about why accountability is important.

The attack on the Capitol was one kind of violence. The attempt to sweep it under the rug and avoid accountability for those involved is another kind. The U.S. government failed to prevent that first kind of violence and now Republicans are actively trying to promote the other kind, rather than preventing it.