‘I saw infants. I saw a mom nursing her baby’ 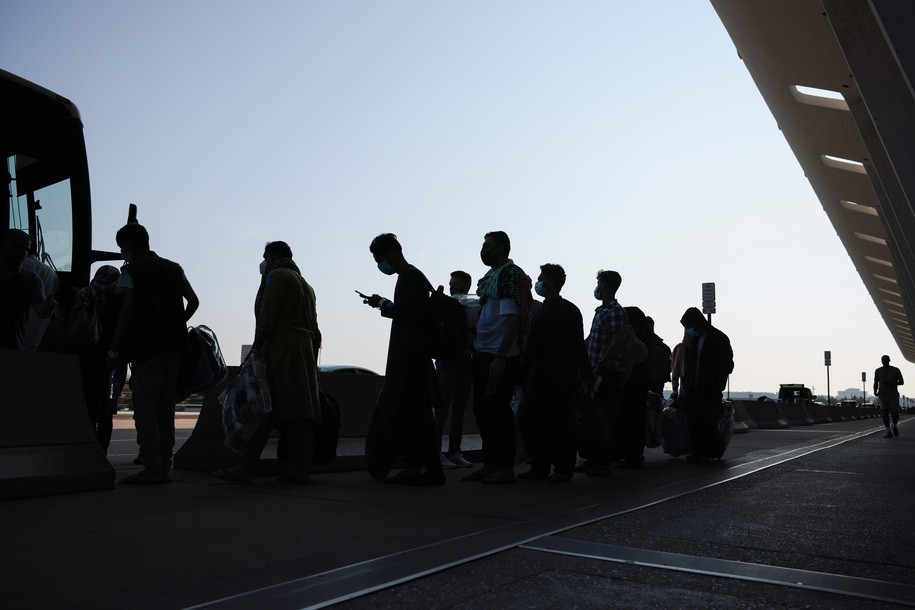 Escobar told El Paso Times, and later MSNBC’s Rachel Maddow, that she was given a tour of the various facilities on the base, including areas where non-governmental agencies providing services to families are located. “She said the Afghan refugees are sleeping on cots, and officials are trying to create privacy for nursing mothers,” the report said. Additionally, the base has set up an area for prayer.

“I saw Afghan families,” Escobar told El Paso Times. “I saw infants. I saw a mom nursing her baby, who thanked me. Their parents are stressed out, but these kids are resilient and joyful.” The report said that soldiers had built a makeshift soccer field for the children. Escobar told Maddow during an appearance Wednesday evening that “there’s nothing more hopeful than the resiliency of those kids, and seeing them playing under the southwest sun.”

“They’re all getting COVID tested along the way,” Escobar continued to Maddow. “In fact, here at Fort Bliss, of the 1200 guests that have arrived at Ft. Bliss, only one has tested positive for COVID.” She additionally said they’re receiving vaccinations. Of course, you won’t hear about any of that from Republicans busy spreading lies about migrants and disease in order to avoid discussing their own failings.

Escobar also told Maddow that the Biden administration’s recent evacuation flights of thousands of allies and families “has been nothing short of impressive.” Daily Kos’ Mark Sumner recently wrote that during one 24-hour time span earlier this week, nearly 100 military, commercial, and charter flights evacuated more than 21,000 people. “The previous day, military spokesmen reported over 10,000 evacuations.”

“They’re all getting Covid tested along the way. In fact, here at Fort Bliss, of the 1200 guests that have arrived at Ft. Bliss, only one has tested positive for Covid. They’re getting vaccinated for Covid.” -Rep. Veronica Escobar met Afghan refugees at Ft. Bliss @RepEscobar pic.twitter.com/3Ogf3RXiFK

KVUE reported earlier this week that Refugee Services of Texas expects to help resettle many of the families who’ve arrived through Fort Bliss. “These are individuals who I believe we have a moral obligation to help,” CEO Russell Smith said in the report. “And we’ve actually made that promise to them, that they helped us in our efforts in Afghanistan, which has put them and their families’ lives at risk. And so both fulfilling our promise and also kind of the moral obligation to get them out of harm’s way.”

Despite some mainstream media framing, that appears to be the public opinion of Republican officials like John Cornyn and Ted Cruz. The Washington Post reported that Gov. Greg Abbott, who previously tried to block refugees, “has been silent on the issue of Afghan refugees.” Recent polling has shown overwhelming public support—81%—for welcoming Afghan refugees who aided the U.S. military, and refugee advocates have said that donation and volunteer effects have been overwhelming. The American public is overwhelmingly in favor of fulfilling our promise to all allies and families.

While thousands of refugees are now in safety in the U.S., Escobar said that for some, like the translator who expressed gratitude to her during her visit to Fort Bliss, there’s still an immense worry about loved ones. “’He’s worried about his family that’s left behind,’ she said, including ‘family members that did not work for the (U.S.) government,’” El Paso Times reported.

Call of Duty: Vanguard’s Zombies mode is kicking off a new occult storyline