Hyundai wrestles with the risks of embracing Apple By Reuters 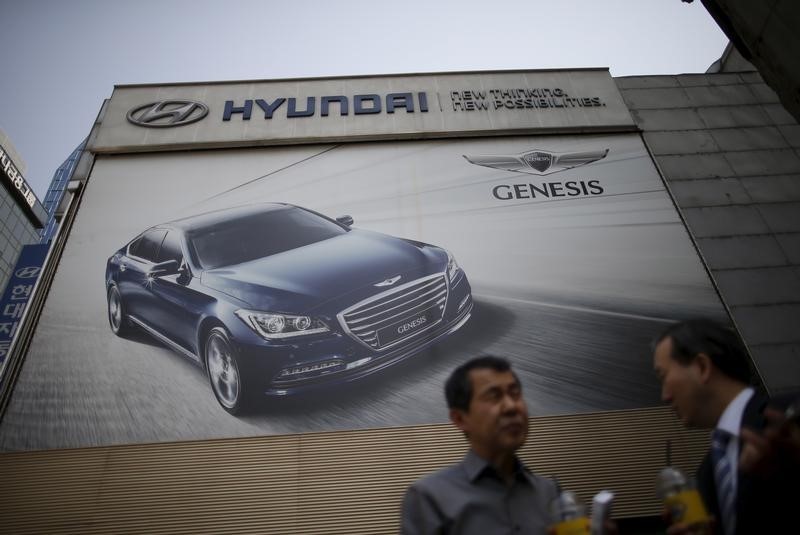 By Hyunjoo Jin and Stephen Nellis

SEOUL/SAN FRANCISCO (Reuters) – Executives in Hyundai Motor Co Group are divided over a potential tie-up with Apple Inc (NASDAQ:), with some raising concerns about becoming a contract manufacturer for the U.S. tech giant, dimming the outlook for a deal.

Hyundai said earlier this month it was in preliminary talks with Apple, but gave no details. Local media said the firms were discussing an electric car and battery tie-up.

Apple has never acknowledged talks with the automaker about building vehicles, and it was unclear whether any such talks are still active. The iPhone maker typically insists on strict secrecy from its potential partners and suppliers about future plans or unreleased products.

In an earnings call on Tuesday in which it reported its best quarterly profit in over three years, Hyundai did not give any updates on talks with Apple or indicate whether they remain active.

“We are agonizing over how to do it, whether it is good to do it or not,” said a Hyundai executive aware of the internal discussions on the tie-up with Apple. “We are not a company which manufactures cars for others. It is not like working with Apple would always produce great results.”

Few details are known about the talks between the two companies. But people close to the discussions say the options considered included Hyundai or Kia acting as a manufacturer for vehicles designed by Apple and sold under its powerful, ubiquitous brand.

Hyundai is traditionally known for its reluctance to work with outsiders, making engines, transmissions and even its own steel in-house under its vertically integrated supply chain as South Korea’s second-largest conglomerate. Although shares in Kia and Hyundai have surged because of the talks, there is considerable opposition to becoming an Apple contract manufacturer, which could hold up any deal with the American giant, these people said.

Apple and Hyundai first started talks over a car partnership in 2018, when Apple’s effort, known as “Project Titan,” was headed by Alexander Hitzinger, who is now a Volkswagen (DE:) executive, said a person familiar with the matter. But progress was hampered by the South Korean automaker’s reluctance to work with outsiders, the person said.

These talks have not been previously reported.

“It is really difficult (for Hyundai) to open up,” this person said, adding that the South Korean company would likely to have to replace some executives to avoid a culture clash under any partnership with Apple.

Another person familiar with the matter said Apple would prefer to source major components of its own design – frames, bodies, drive trains, and other parts – from a variety of places and rely on Hyundai or Kia for a final assembly site.

“They would want this to be in the United States,” the second person said.

While the talks are at an early stage, Hyundai Motor Group has “tentatively decided” that it would want Kia to partner with Apple, not Hyundai Motor, a Hyundai insider said.

“The Group is concerned that the Hyundai brand would become just Apple’s contract manufacturer, which would not help Hyundai in its effort to build a more premium image with its Genesis brand,” the insider said. Kia is also moving faster in terms of electric cars, and it has available production capacity at its Georgia factory in the United States.

Another executive at Hyundai said: “Tech firms like Google (NASDAQ:) and Apple want us to be like (contract phone maker) Foxconn.

“A cooperation may initially help raise the brand image of Hyundai or Kia. But in the mid- or longer-term, we will just provide shells for the cars, and Apple would do the brains.”

Nevertheless, there are broad areas where the two companies could benefit, including access to Hyundai’s electric car platform and its suppliers, such as battery makers, as well as access to Apple’s autonomous vehicle stack and software, said Park Chul-wan, a South Korean battery expert and a professor at Seojeong University.

“Hyundai would be more than just a Foxconn,” he said.

$1.2B in Ether withdrawn from centralized exchanges in record daily outflow By Cointelegraph