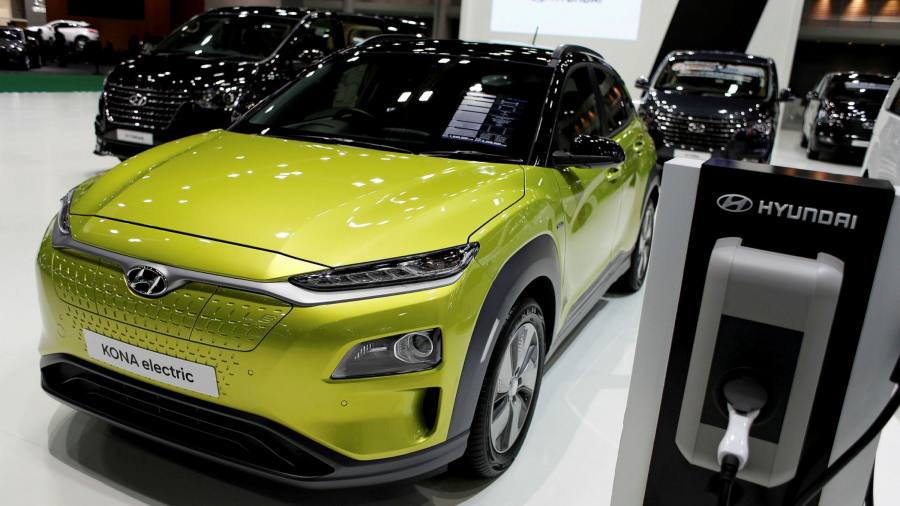 Hyundai Motor is drawing up plans for the world’s most expensive electric vehicles recall to replace batteries following a string of electrical fires, according to people familiar with the situation.

The South Korean carmaker said in October that it would recall 77,000 Kona electric cars made between September 2017 and March 2020 after more than a dozen caught fire due to battery problems. The carmaker is now considering replacing the vehicles’ batteries after a recalled Kona model caught fire even after receiving software upgrades, an endeavour that could cost it as much as Won1tn ($900m), the people said.

The cars that caught fire used LG Chem battery cells made in the South Korean company’s factory in Nanjing, China.

“Hyundai is considering various options including replacing batteries [for Kona EVs],” said a person with knowledge of the company’s talks with LG Chem.

Hyundai has been criticised over the adequacy of previous voluntary recalls. Concerns over the safety of its electric vehicles intensified after an electric bus manufactured by the carmaker caught fire this month. The electric city bus used batteries made by LG Energy Solution, LG Chem’s wholly owned battery division.

South Korea’s transportation ministry is investigating the cause of the Kona fires. Hyundai said no decision has been made about the recall while it awaits the ministry’s findings.

“We are actively co-operating with the battery maker and the transportation ministry to find out the exact cause. We are trying to come up with a fundamental solution for consumer safety as soon as possible,” Chang Jae-hoon, Hyundai’s president, told a press conference on Tuesday at the launch of the Ioniq 5 — Hyundai’s first model using its own dedicated electric vehicle platform.

Hyundai, together with affiliate Kia, is the world’s fourth-largest electric vehicle maker, with a combined 7.2 per cent market share as of September last year, according to industry tracker SNE Research. The pair aims to sell 1m electric vehicles annually by 2025.

Hyundai and LG Chem are in talks about how to divide the cost of battery replacement but have yet to reach an agreement, with each blaming the other for the problem, according to the people close to the discussions.

“Together with Hyundai, we are trying to find the cause of the problem and discussing how to address it, placing our top priority on consumer safety. But nothing has been decided yet,” LG Chem said.

Their decision is likely to set a precedent in the fast-growing electric vehicle industry, where several other automakers are contending with similar problems.

Some carmakers have opted to upgrade software for recalled electric vehicles, a far less expensive option than replacing batteries, which account for about 40 per cent of electric vehicle prices, according to analysts.

GM’s move came on the heels of a series of recalls by other carmakers including Ford and BMW, all of which cited fire risks.

“GM is suffering a similar problem so Hyundai’s decision will intensify wrangling between EV makers and battery producers over who should be held responsible,” said Chung Sung-yop, an analyst at Daiwa.