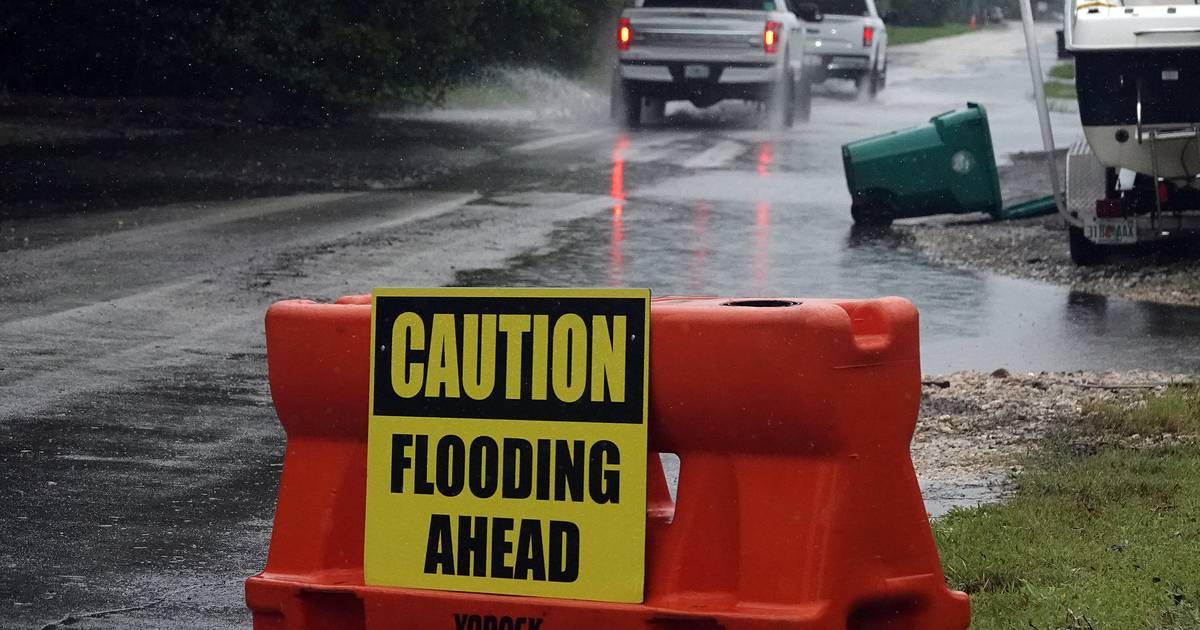 Floridians were hunkering down on Wednesday, many of them in emergency shelters, as Hurricane Ian walloped the Sunshine State with rain and severe winds ahead of its arrival.

The slow-moving storm strengthened overnight to a Category 4 hurricane with maximum sustained winds of 155 mph. That’s just shy of the most dangerous Category 5 status, which boasts gusts topping 157 mph.

As of 8 a.m., Hurricane Ian was churning across the Gulf of Mexico about 55 miles west-southwest of Naples, at a speed of 10 mph.

Some residents started feeling the impacts of the storm as early as Tuesday night, with rain from Ian’s outer bands and tropical storm-strength winds striking parts of the coast. Major flooding has already been reported in Key West due to storm surge, along with power outages, while at least two possible tornadoes were reported in Broward County.

Meteorologists said conditions across the state are expected to deteriorate throughout the day Wednesday, with severe thunderstorms and intense winds in the forecast for much of central Florida before Ian barrels into the state.

The hurricane will likely make landfall as a “catastrophic Category 3″ storm late Wednesday morning near Venice, about 20 miles southeast of Sarasota. It’s expected to slow down as it moves ashore, dragging out impacts to western and central parts of the Florida Peninsula.

Though the exact location of landfall was still uncertain early Wednesday, with Ian’s tropical storm-force winds extending 175 miles from its center, damage was expected across much of Florida.

Florida Power and Light warned those in Ian’s path to brace for days without electricity. And rain totals are forecast to fall somewhere between 12 and 24 inches around Tampa and west-central Florida through Thursday night.

“In some areas there will be catastrophic flooding and life-threatening storm surges,” Florida Gov. Ron DeSantis said.

A storm surge warning was in effect for the majority of Florida’s west coast, from Suwanee in the Big Bend region to the peninsula’s tip in the Everglades. As much as 8 to 12 feet of storm surge was predicted for large swaths of coast, from just south of Bradenton down to Bonita Beach south of Fort Myers. The hurricane center warned that the area between Naples and Sarasota faces the highest threat of dangerous storm surge, with more than 2.5 million people advised to flee, including 1.75 million people under mandatory evacuation orders.

A hurricane warning spanning roughly 220 miles of the state included Fort Myers as well as Tampa and St. Petersburg, where residents could face their first direct hit by a major hurricane since 1921.

Hurricane Ian ripped across Cuba on Tuesday as a Category 3 storm during its slow march to Florida. It made landfall in Cuba’s Pinar del Rio province and knocked out power across the country.