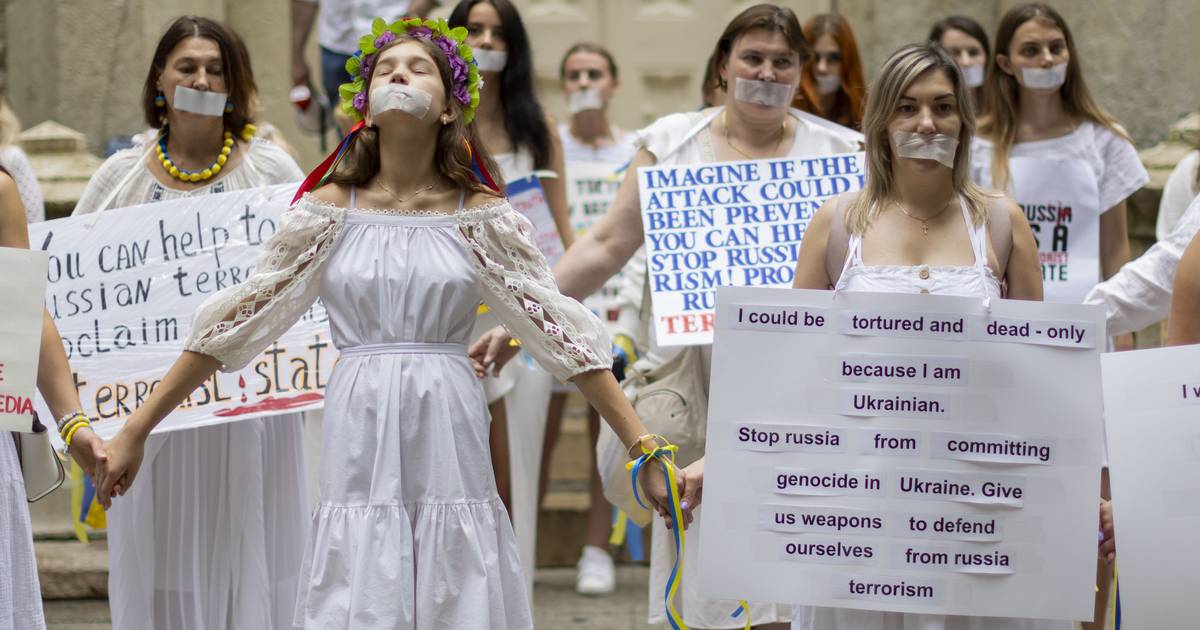 Hundreds of women dressed in white stood hand-in-hand, tape placed across their mouths to show solidarity for Ukraine. Marching from Water Tower Place to Millennium Park on Sunday, the group spoke no words, but their message was clear.

“This protest is asking American people, asking the government, asking President Biden to designate Russia as a terrorist state,” said Liliia Popovych, one of the protest organizers. “I am calling this terrorism because when you’re bombing a shopping mall, when you’re bombing children sleeping in their PJs in their bedroom, it’s not a war.”

Popovych, who immigrated from Ukraine, has lived in the United States for 11 years and said she is one of hundreds of women who joined the protest who have a friend or relative who lives in Ukraine.

“Every single day it’s very hard to get sleep because you want to make sure your loved one is awake tomorrow,” Popovych said. “My friend is not alive anymore, but I’m so proud because he died for the freedom of Ukraine.”

Each protester held a sign across her chest; many had the same message scribbled on a poster board.

Tetaina Baidin held up one of the more popular posters:

“I want to tell you more about Russian terrorism but this is sensitive content for social media.”

“Our women and kids are dying,” Baidin said. “We are here today so that all of the world knows that Russia is a terrorist state.

Popovych said some of the events happening in Ukraine are being blocked from public viewing, which was the inspiration for the silent protest.

At the end of the protest, all of the women stood together and peeled the tape off their mouths to sing the U.S. and Ukrainian national anthems before parting ways.

“Help Ukraine save the world, help us get more weapons, and stop evil now is the main message,” Popovych said. “Evil that is not stopped just gets stronger.”