HSBC intensifies pivot to Asia with job moves and US exit 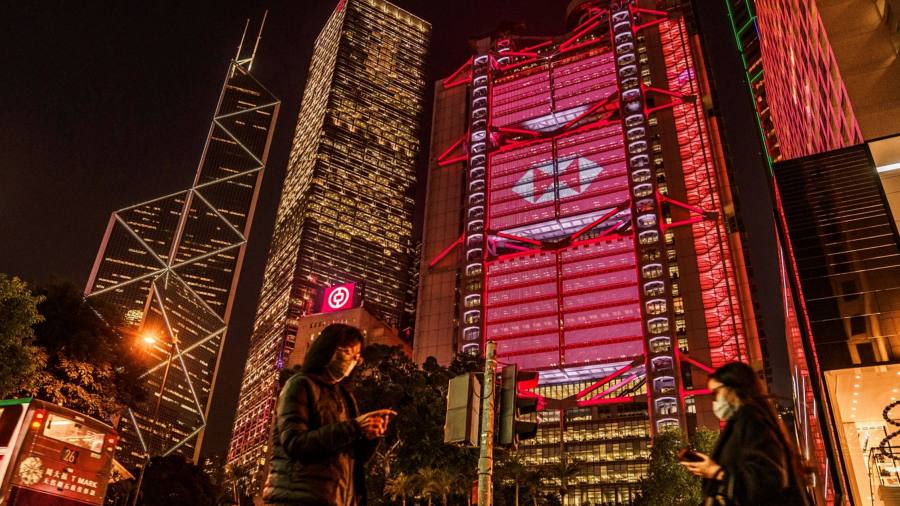 HSBC is accelerating its “pivot to Asia”, moving top executives from London to Hong Kong, scrapping its US retail banking operation and planning further expansion in Singapore.

The moves, some of which are expected to be raised during a strategic update this week, come as tensions rise between the west and China that have left the Hong Kong-founded, UK-headquartered bank in a precarious position.

Relocating the trio would mean business divisions that account for almost all of HSBC’s global revenue will be run out of Hong Kong. The personnel moves, first reported by Bloomberg, are dependent on regulatory approval, said a person close to the bank. HSBC declined to comment.

“The objective is to have more people in Asia to address the commercial opportunity there,” said one senior figure at the bank. He added that HSBC was relocating them so it could grow faster and have a critical mass of global leaders in the region.

HSBC has been severely criticised by British MPs and US politicians over its endorsement of a controversial national security law Beijing imposed on Hong Kong and for closing the accounts of pro-democracy activists.

Meanwhile, HSBC has been criticised by Chinese state media after it provided information to US prosecutors that led to the arrest of a top executive at Chinese telecoms group Huawei. However, Carrie Lam, Hong Kong’s chief executive, has praised the bank in recent weeks, saying she would “love” for HSBC to expand in the city.

“The job for [HSBC chairman] Mark Tucker is 80 per cent politics and 20 per cent business at the moment,” said one HSBC executive. “The Chinese have the potential to destroy them.”

Alongside its annual results on Tuesday, the bank is also preparing to announce a withdrawal from consumer banking in the US after concluding it cannot turn round the struggling unit, some of the people said.

Exiting the 150-branch US retail network would mark the end of the lender’s 40-year attempt to run a full-service bank in America. The division has been lossmaking for the past three years.

In addition to China, HSBC also wants to expand in other fast-growing markets including Singapore and India, the senior figure at the bank said. After years of being courted by local authorities, HSBC is laying the groundwork for an acquisition in Singapore in the future, although this will not be part of Tuesday’s update.

Investor pressure for more radical changes has been increasing as the bank’s shares have underperformed peers. HSBC’s shares have fallen 43 per cent since Tucker took over as chairman in October 2017. Noel Quinn was appointed chief executive last March after several months as interim head.

The group is also facing pressure from senior staff who are braced for a drop in their annual bonuses when they are announced this week. Like many lenders, HSBC suffered a sharp drop in profit in 2020 because of a surge in bad debt charges during the Covid-19 pandemic and a fall in client activity.

As part of the strategy update this week, the bank is also expected to deepen cost-cutting measures, speed up plans to simplify its bureaucratic organisational structure and update on the sale of its 200-branch French retail network.

The moves are intended to galvanise an overhaul effort announced only last February to redeploy more than $100bn of capital to Asia and slash 35,000 jobs.

“Economic realities mean that what we were planning to do in February [2020] we need to be even more urgent in doing,” Tucker told the Asian Financial Forum last month. He said the bank needed to “up the pace, up the intensity and up the delivery”.

Quinn is also in the process of identifying a new top executive in Asia who will be key to navigating the bank’s closer relationship with China ahead of the retirement of Peter Wong, who has served as chief executive in the region for a decade.

Wong, who is 69 and is a member of a political advisory body to China’s Communist party, was key to smoothing tensions between the bank and Beijing over its role in the arrest of Huawei executive Meng Wanzhou.

Potential candidates to replace him include David Liao, head of Asia-Pacific global banking, Mark Wang, head of China, and Louisa Cheang, chief executive of Hang Seng bank, in which HSBC holds a majority stake, according to two people close to the matter.

Talking the talk: let’s have a conversation about Taiji Cove dolphin slaughter