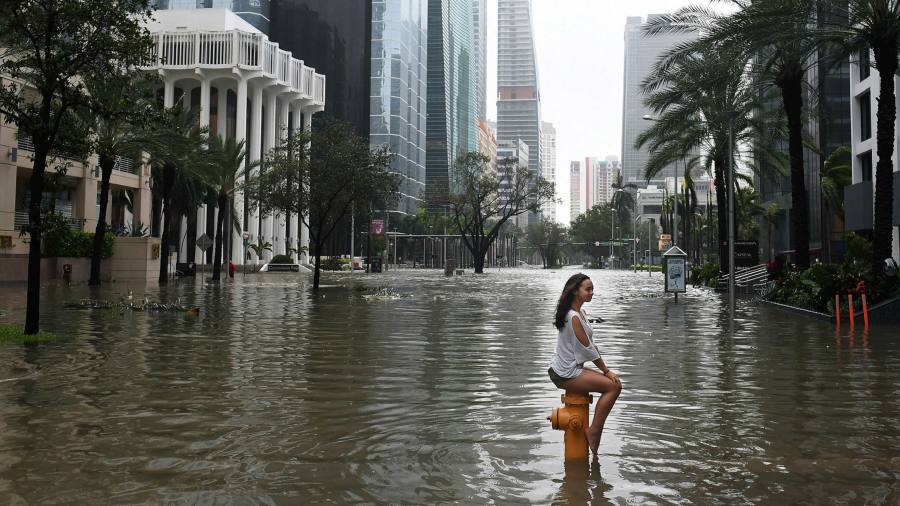 The global head of responsible investing at HSBC Asset Management has drawn fire after accusing central bankers and policymakers of overstating the financial risks of climate change in an attempt to “out-hyperbole the next guy”.

Speaking at a Financial Times Moral Money event on Thursday, Stuart Kirk said that throughout his 25-year career in the finance industry “there was always some nut job telling me about the end of the world”, likening the climate crisis to the Y2K bug that predicted a widespread computer glitch at the turn of the millennium.

His remarks come amid growing public and political pressure on banks and asset managers to support the transition to renewable energy and cut back their financial support for the fossil fuel sector.

Beau O’Sullivan, senior campaigner on the Bank on our Future campaign, described the comments as “regressive and grossly flawed”. “Climate change does pose a material risk to financial assets, which Kirk should be well aware of given his role in responsible investment,” said O’Sullivan.

“Pension fund clients should note that HSBC Global Asset Management might not be as serious about protecting their capital from the effects of climate change as it claims to be, and they should be looking for a more responsible asset manager,” he added.

Jeanne Martin, of responsible investment NGO ShareAction, said in a tweet that Kirk’s comments “should raise red flags to any clients of HSBC [Asset Management] that care about net-zero”.

Kirk also accused central banks of deliberately designing their climate stress tests in order to obtain alarming results on the outlook for long-term growth. “Even with a carbon tax, they couldn’t make climate risk move the needle,” he said, claiming that the Bank of England and others had inserted a “whopping great interest shock . . . in order to make headlines”.

“Now, interestingly, at the moment, markets more or less agree with me despite the hyperbole,” Kirk said, arguing that market performance in recent years had shown no significant response to warning of climate impacts.

Referring to investors and analysts who were not treating climate risk as a serious financial risk, Kirk said: “The Mark Carneys of this world have to convince us all that every single one of us is wrong on climate risk. That’s possible, but it’s a big call to make.”

HSBC has committed to eliminating the carbon emissions linked to its financing portfolio by 2050, and has said it wants to play a “leading role” in driving the global transition to a net zero economy. But its commitment to climate action has come under scrutiny — notably from the UK’s Advertising Standards Authority, which is preparing to warn the bank over using adverts to “greenwash” its reputation.

Kirk, a former FT journalist who did not immediately respond to requests for comment, said he did not doubt the science behind climate change.

However, he suggested that HSBC, whose top shareholder is calling for a break-up of the bank, had more pressing issues to worry about.

“But what bothers me about this one is the amount of work these people made me do,” Kirk added, pointing to the vast swath of impending regulation and the sheer number of people at HSBC dealing with the financial risk from climate change.

Nicolas Moreau, chief executive of HSBC Asset Management, said in a statement that Kirk’s remarks “do not reflect the views of HSBC Asset Management nor HSBC Group in any way”. The asset manager was “committed to driving the transition to a sustainable global economy” and had a fiduciary responsibility to ensure its clients’ assets “are managed for positive long-term environmental and social outcomes”.

Moreau said that HSBC “regards climate change as one of the most serious emergencies facing the planet, and is committed to supporting its customers in their transition to net zero and a sustainable future”. Both the asset manager and its partner were committed to achieving net zero by 2050, he added.