How to register for Mississippi primary election 2022 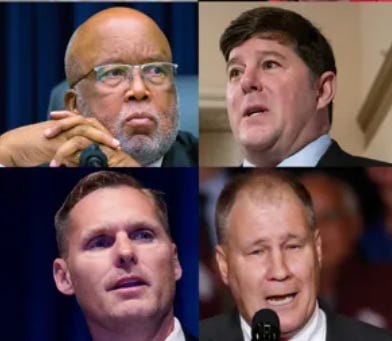 Mississippi voters in the June 7 primary can expected to see contested races for the state’s four Congressional seats.

There will be Democratic and Republican primaries held for all the Congressional seats, according to the  Secretary of State’s office. The winners will advance to the Nov. 8 general election.

May 9 was the deadline to submit a voter registration application. Residents can confirm whether they are already registered at www.yallvote.ms and entering their county, name, birthdate and last four digits of their social security number.

Mississippi has four Congressional districts whose boundaries were redrawn during the 2022 legislative session.

Thompson, who has served in the seat since 1993, has one Democratic challenger, Jerry Kerner, and four Republican candidates will appear on the primary ballot: Michael Carson, Ronald Eller, Brian Flowers and Stanford Johnson.

The 4th District Congressional race features the most candidates — 10.

Incumbent Palazzo has been under federal investigation since August 2020 for allegedly using campaign money for personal benefit, allegations of wrongdoing he has denied.

The Democratic candidates are Johnny DuPree and David Sellers. Alden Johnson is running as a Libertarian.

Judicial races for chancery and circuit court and the Court of Appeals will appear on the Nov. 8 general election ballot.