How the G7 countries plan to hurt Russia’s oil bonanza 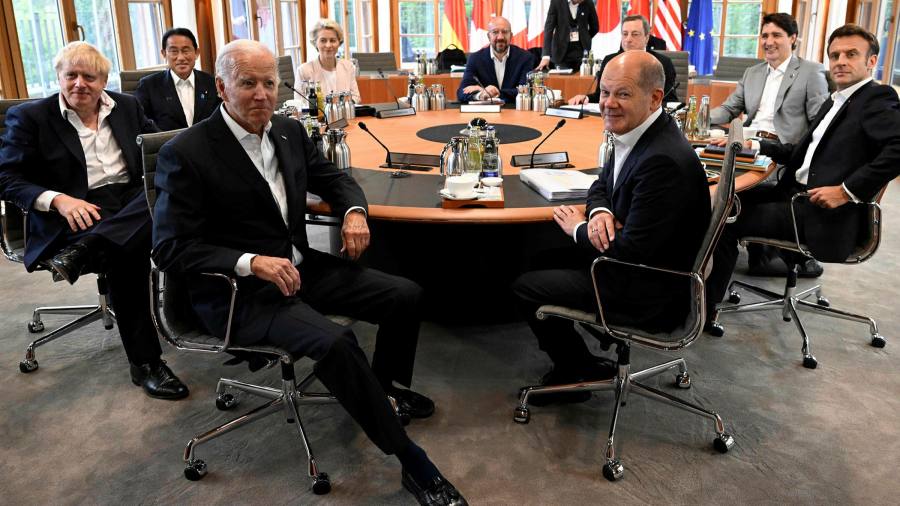 The goal set out by G7 leaders in the Bavarian Alps on Tuesday was ambitious: to prevent Russia profiting from its “war of aggression” in Ukraine, which has sent energy prices soaring, while minimising the economic damage around the world caused by the rises.

US president Joe Biden and his allies discussed imposing an untested new mechanism that aims to impose a ceiling on Russian oil prices. German chancellor and G7 host Olaf Scholz called the plans “very ambitious” and said that a lot would have to fall into place for them to be realised.

What is being proposed?

The idea of a price cap is to permit Russian oil to reach markets that have not imposed import bans — notably lower and middle income countries — in order to limit upward pressure on global oil prices, while curbing revenue to Moscow.

The G7 and EU have not indicated where the price cap would be set, saying only that it would be chosen in conjunction with “international partners”. Analysts have suggested it could be above Russia’s cost of production — but not too much higher — to maintain its incentive to export.

The ceiling would be imposed via an incentive scheme the G7 hopes oil importing countries around the world will sign up to. Importers that want G7 or EU insurance cover and shipping services enabling transport of Russian oil would need to observe the price ceiling.

US policymakers were advocating an oil price cap even before the EU decided to bar 90 per cent of Russian crude imports by the end of the year. Washington, which banned Russian crude in March, worries that the embargo will drive oil prices higher.

The US is also concerned about the impact of a full EU ban on insurance for Russian oil, which was enacted this month and which the UK has planned to mirror. EU and UK insurers play a critical role in oil markets, and without their services it is hard for any country to receive seaborne Russian crude.

What are the main hurdles?

As US national security adviser Jake Sullivan stressed, the proposal is not something that can be “pulled off the shelf as a tried and true method”.

The most difficult task, according to one EU official, will be convincing a sufficient number of countries and big insurers to sign up to the scheme.

Helima Croft, oil specialist and head of global commodities at RBC Capital Markets, said the initiative was based on the assumption that countries such as India, which has significantly increased its purchases of discounted Russian oil since the start of the crisis, would sign up to access even cheaper crude. 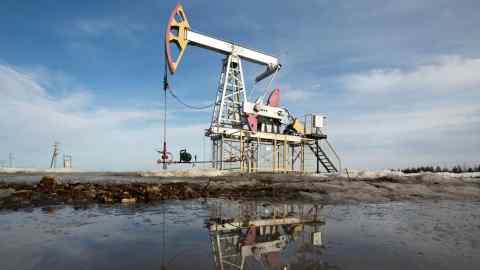 Croft also questioned whether it would be possible to set a price low enough to meaningfully reduce Moscow’s oil revenue but high enough that Russia felt it was still in its interest to export.

Meanwhile, the EU would need to adjust its sanctions regime, which is far from straightforward given all 27 member states have to agree to any changes.

Russia could also seek to circumvent any insurance ban, analysts say. While Russian oil cargoes would effectively be off-limits for most of the global tanker fleet, state-backed vessels from India and China could be willing to keep the trade going, and Russia could use its own vessels.

How will insurers react?

Insurers in the London market, the global hub for marine insurance, have privately expressed concern about using insurance as the enforcement mechanism by banning cover for cargoes that exceed the price cap. Underwriters typically do not know the trading price of a cargo, they say.

The EU official said that the G7 and EU authorities would need to play a role, by monitoring the price of the oil cargoes, otherwise insurers might shy away from offering any business given the pitfalls if they fail to properly implement the cap.

If insurers decided to avoid any legal risks and stay out of the business of covering Russian oil shipments entirely, this would stoke Washington’s fears of yet higher oil prices.

What does the oil industry think?

Some oil executives are sceptical. ExxonMobil chief executive Darren Woods told the Financial Times that trying to fix oil prices would be a “complicated” challenge. “It’s not obvious to me how that mechanism would work,” he said. “In oil and gas, markets work very efficiently and effectively.”

The most obvious risk is that Russia refuses to participate and instead escalates what is rapidly becoming an energy war. Russia’s state-backed gas monopoly Gazprom has already cut supplies to Europe this month.

It may be harder for Moscow to use the same tactics with oil, which makes up a greater proportion of Russia’s budget revenues, say analysts. Halting oil production carries serious risks, with fields damaged if they suspend operations.

Nevertheless, cutting back supplies to boost the price and squeeze western economies could still be a short-term tactic. “We keep thinking that the Russians are going to happily play along while the west decides how to wind down its imports in an orderly way,” said Croft.