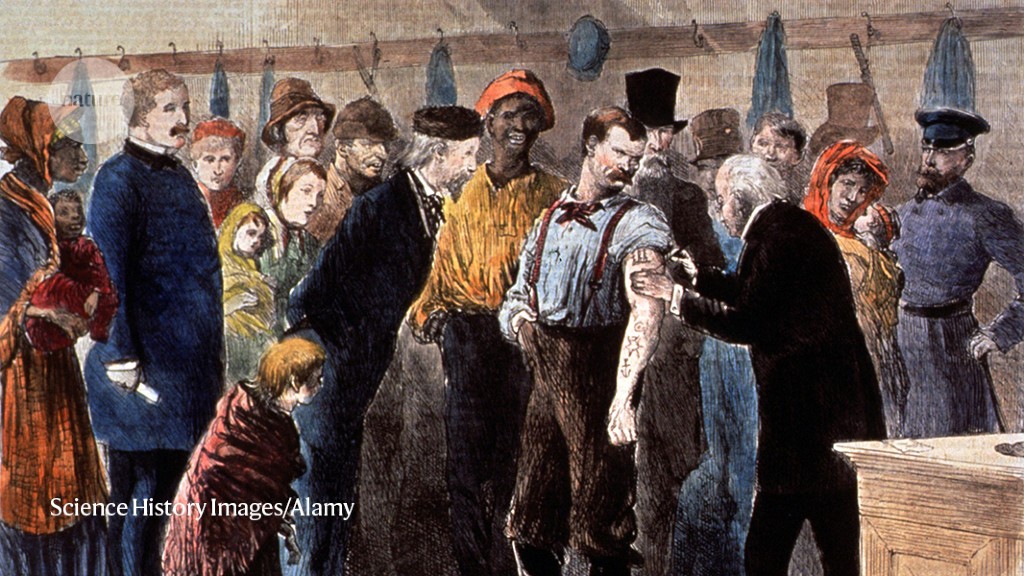 The Contagion of Liberty: The Politics of Smallpox in the American Revolution Andrew M. Wehrman Johns Hopkins Univ. Press (2022)

It took some work to convince the physicians of 1720s Boston, Massachusetts, that Onesimus, an enslaved Black man, might hold the key to overcoming an impending smallpox epidemic. As cases mounted, and with no other options, one doctor eventually decided to take a chance.

Onesimus had told his enslaver how people in Africa took material from the pustules of someone with the disease and stabbed it under the skin of others to protect them. This practice, later called variolation, had been used in some parts of the world for centuries, but was not widely embraced by Europeans.

His enslaver found a physician in Boston willing to give it a go. The result was an early step towards widespread inoculation, and towards the concept that governments have the responsibility to protect communities against infectious diseases.

In The Contagion of Liberty, historian Andrew Wehrman traces the path of the smallpox-inoculation movement, and its generally overlooked impact on politics around the American War of Independence. He argues that smallpox influenced the journey towards independence from British rule, and how Americans conceived of their new, hard-won liberties.

It is a tale of startling contemporary relevance.

Smallpox outbreaks were persistent in colonial America. But inoculations were controversial from the off. The process administered small amounts of live virus, triggering an infection that would probably be milder than a natural one, with the aim of conferring protection against future disease. 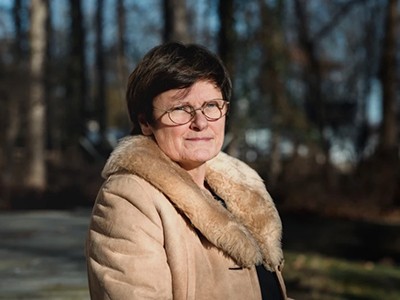 The vaccine shots that rang around the world

This procedure carried a small but significant risk of disability, scarring and death. And freshly inoculated people were a risk to their unimmunized neighbours: if not accompanied by rigorous quarantines and containment measures, inoculation against smallpox could itself trigger epidemics.

So the process was fundamentally a public affair. As revolutionary sentiment simmered, the colonies cycled through a series of smallpox outbreaks; each city mounted its own response. Wehrman recounts in exhaustive detail the debates and votes in a handful of towns as citizens grappled with when to allow inoculation, who should receive it and how it should be administered. At times, it’s hard to see where this is all heading.

Eventually, Wehrman’s point becomes clear. Riots over access to inoculation and public bickering about how it should be done give way to consensus as the fledgling nation emerges from war: smallpox inoculation saves lives, and the country’s new government should ensure that it is available. Communities discuss pre-emptive inoculations, systematically administered to all children rather than waiting for an outbreak. There is talk of trying to eliminate smallpox altogether.

America was a newborn nation, united in part by its commitment to public health.

And then that commitment disintegrated. By 1800, a vaccine had emerged. It contained the cowpox virus — related to smallpox and thus capable of generating immunity against it, but incapable of passing between humans, and so with no risk of seeding outbreaks. Suddenly, administration of the vaccine did not pose communal risk; therefore, its distribution did not inspire communal action.

Efforts to launch vaccination campaigns foundered in the face of rampant misinformation, competing business interests and a smallpox-weary public. (Sound familiar?) Outbreaks continued, albeit at a much slower pace than before, and the United States — once a proud leader in smallpox immunizations — slipped behind its counterparts in Europe and beyond. Wehrman flies through this part of his story, but after the three years we’ve just had, it feels so familiar that more detail seems unnecessary. 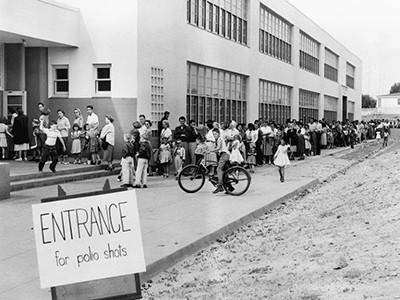 Transformations in medical care were never easy or safe

In 2020, life expectancy in the United States was about five years shorter than in economically comparable countries. Misinformation about vaccines has been politicized at the expense of public health. By developing mRNA vaccines against COVID-19, the United States once again surged to the forefront in innovation, but then fell behind many countries — including a number with fewer resources — when it came to actually deploying those vaccines.

And it is impossible not to see the roots of today’s debates over patent rights and essential medicines stretching back to early 1800, when physician Benjamin Waterhouse imported a sample of cowpox to use as a vaccine, and then attempted to establish a monopoly on its distribution. When others propagated the vaccine by harvesting pus from cowpox sores, Waterhouse accused them of depriving “the discoverer, or maturer of the discovery of a competent reward”.

Wehrman makes the case that America’s early success with smallpox inoculation has been written out of history. As vaccination was privatized, he argues, the concept of a civic duty to protect public health was displaced by the idea of disease as a consequence of personal negligence. Public-health measures were increasingly viewed with suspicion.

Maybe the broader lesson is that hard-won progress is never the end of the story. Without sustained vigilance, what takes decades of struggle to gain can be lost in months. Equality in health, Wehrman writes, “requires an ongoing, all-in public effort”.

The author declares no competing interests.