How Richard Uihlein became one of the GOP’s biggest megadonors 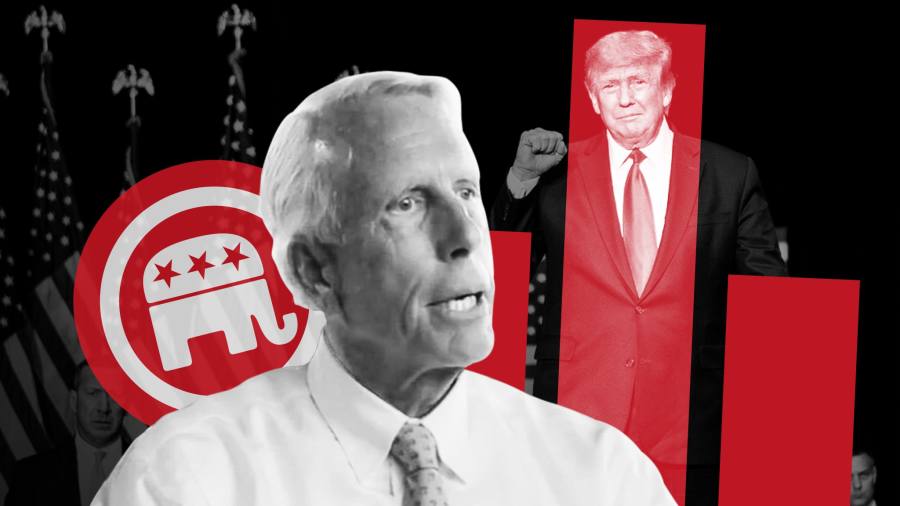 Ten years ago, Richard Uihlein, a Midwestern shipping supplies magnate, was a little-known player in the campaign finance world, with scant national media attention, his political giving barely placing him among the top 70 US political donors.

But 19 months into the 2022 midterm election cycle, Uihlein has given more than any other Republican so far, becoming a megadonor with the potential to take up the mantle of the once pre-eminent Koch brothers, whose standing in the party has fallen in the post-Trump landscape.

According to a Financial Times analysis of federal and state campaign finance records and data from OpenSecrets, Uihlein is now the largest donor behind the biggest anti-abortion political action committee, the Susan B Anthony List-affiliated Women Speak Out.

One of the main financial vehicles to have helped push for more pro-life legislators to be elected to public office, Women Speak Out is key to conservatives’ long-running strategy to outlaw abortion in the US — a dream that has gained momentum with the leaking of a draft opinion showing the Supreme Court poised to overturn Roe vs Wade.

Meanwhile, Uihlein’s foundation — the Ed Uihlein Family Foundation — regularly supports the Gun Owners Foundation, a gun rights group to which it has donated roughly $30,000 annually since 2014.

Since 2014, Uihlein has ploughed more than $73.2mn into the influential rightwing group Club for Growth, which has raised a record amount this midterm cycle, and more than $46.6mn into the Illinois-based Restoration political action committee, which extols among its guiding principles that “all marriage is for one man and one woman for life”.

Elsewhere, he has given over $18.2mn to Americas PAC, a super PAC designed to convince more socially-conservative Black and Hispanic voters to vote Republican, and $5mn to Women Speak Out.

So far in the 2022 cycle, his political giving trails only that of Democrat George Soros.

Uihlein’s prolific giving is emblematic of a new type of donor for the Republican party, which saw a new, more geographically diverse group begin to back the party during Trump’s campaigns, even as some older establishment donors retreated to the sidelines.

The Uihlein family did not return request for comment, placed through the company. Yet Republicans who know the couple said it was clear what was motivating the family’s increased giving: the forthcoming midterm elections, where Republicans stand a good chance of taking back the House and the Senate; and increased opportunities to boost candidates whose ideology aligned with Uihlein’s own.

Chris McDaniel, a Mississippi state senator who benefited from Uihlein’s political largesse during his unsuccessful 2018 US senate bid, said Uihlein liked to support individuals “who value the Constitution and government restraint” — one of his guiding principles as a donor.

“He’s a limited-government type of [person]. In other words, he values individual liberty,” McDaniel said. 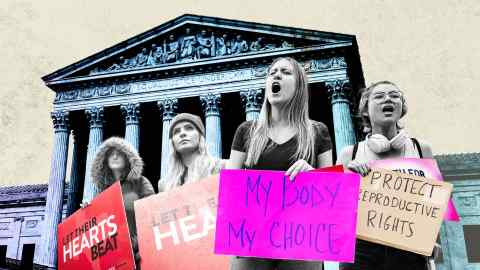 Against the backdrop of President Joe Biden’s underwater approval ratings and dim prospects for Democrats holding on to both chambers of Congress, Uihlein likely saw an opening, said Pat Brady, the former chair of the Illinois Republican party.

“My guess would be that he senses 2022 is going to be a very good year for Republicans,” Brady said.

A descendant of one of the founders of the Schlitz brewing empire, Uihlein founded the shipping supplies company Uline, with his wife Elizabeth in 1980, expanding the company to be one of the biggest privately owned businesses in America.

The couple rarely grant interviews, but those who have met Richard Uihlein describe him as an amiable, no-frills character. When McDaniel travelled to Uline’s headquarters to meet Uihlein the first time, the politician recalled, the billionaire himself came down to meet him and escort him to upper management.

In the 2012 presidential election cycle, a run-off between then-president Barack Obama and Republican challenger Mitt Romney, Uihlein and his wife donated $2.3mn to rightwing political causes and campaigns. Since then, limits on individual donations to super PACs have been scrapped and their influence has grown exponentially.

In the 2020 election, the couple donated $68.3mn, more than $65mn of which came from Uihlein personally, making him the third-biggest GOP donor that cycle.

Matt Terrill, a veteran Republican strategist and Wisconsin native, said that even within the narrow universe of megadonors able to make or break individual campaigns, Uihlein stood out.

“New York, LA — nothing against those cities, but they’re obviously different places from Wisconsin,” Terrill said, noting the family was part of a growing trend of donors who came not just from high-net-worth cities but also rural America. “It does give you kind of a different feel and shapes your beliefs and the values you’re looking at.”

In the 2022 primaries, Uihlein has given $2.5mn to the Senate campaign of Eric Greitens, the disgraced former governor of Missouri who left office amid accusations of funds misappropriation and sexual misconduct, which Greiten denies.

In Florida, he has given $700,000 to the state’s polarising governor Ron DeSantis, a Trump acolyte who is seen as a potential frontrunner for the party’s 2024 nominee for the White House, following up on a $700,000 donation the previous cycle.

In his native Illinois, he has given more than $6mn to Republican gubernatorial candidate Darren Bailey, a far-right state senator who has questioned the efficacy of vaccine mandates.

Controversy has dogged some of Uihlein’s past donations. Since 2016, the billionaire has given nearly $7.8mn to the Tea Party Patriots group, which helped stage the pro-Trump “March to Save America” rally on January 6, 2021, which preceded the riots at the US Capitol.

He donated tens of thousands of dollars to Alabama Senate candidate Roy Moore, continuing to support the Republican candidate even after he faced multiple allegations of sexual assault, which Moore denied.

The large sums of money have rattled some Republican operatives who worry it could propel weak candidates with problematic biographies and no other sources of fundraising into general elections, handing the seats to Democrats.

Brady said he had no problem with Uihlein personally, but said the long-term significance of his seven-figure cheques, for the party and the country, were hard to ignore.

“I’m not sure what the long-term ramifications are for democracy when a handful of people control so much political power,” he said.