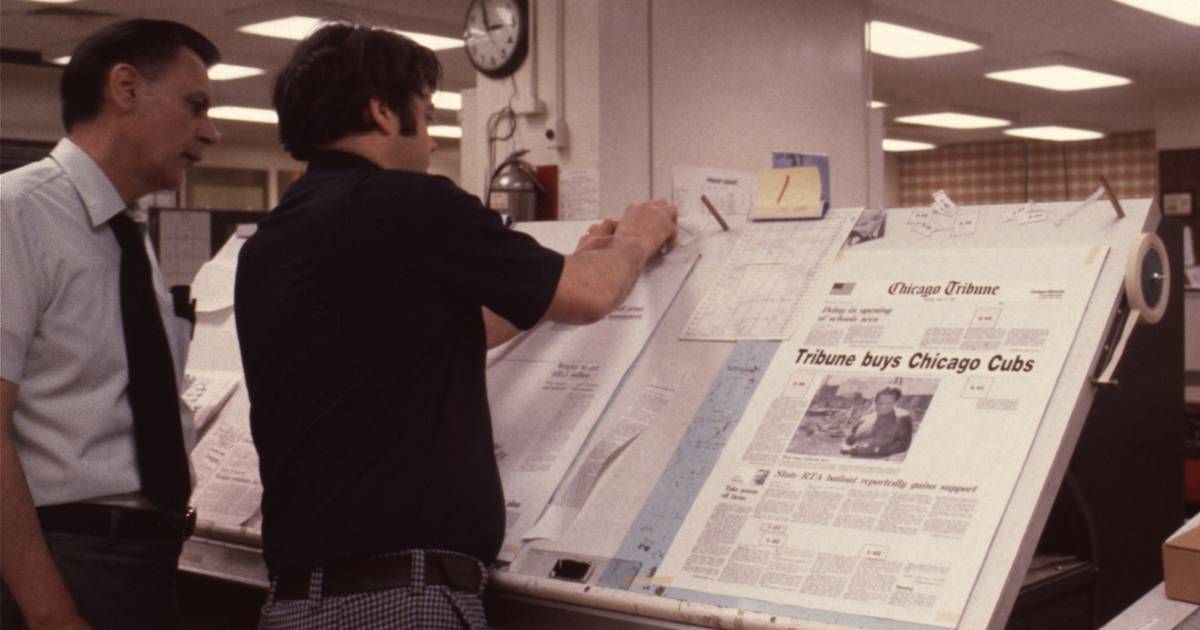 A newspaper is not, of course, a living thing.

It is, by its humblest definition, ink on paper, and that is the way it has been for a very long time. For the Chicago Tribune, that time began June 10, 1847.

That is, of course, a lot to bite off, for it is a story that has unfolded against the backdrop of this remarkable city. Chronicling Chicago, as well as the “outside” world, has made for a colossal pile of Tribune pages, full of triumphs and tragedies, oddities and oddballs, events and people both wonderful and wild.

This is the diary of our city, as told by the Tribune’s Rick Kogan.

Read all our 175th anniversary coverage here, and sign up to read more history lessons weekly in our Vintage Chicago Tribune newsletter.

Imagine yourself walking the muddy streets of Chicago in June of 1847. If you had 3 cents in your pocket to spare you might have spent it to buy the first edition of a new newspaper, created in the third-floor loft of a building at the corner of Lake and LaSalle streets.

No one can predict the future but shortly before his death in 1899, Joseph Medill, having spent more than four decades growing the Tribune, sat down and wrote a hopeful note: “I want the Tribune to continue to be after I am gone as it has been under my direction: an advocate of political and moral progress and in all things to follow the line of common sense.”

The most famous headline in this newspaper’s long history appeared on the front page of the Nov. 3, 1948, edition: DEWEY DEFEATS TRUMAN.

The presses rolled at 10:30 p.m. the day before and no one, and I mean no one, believed the result of the presidential election would favor Harry Truman. The recent issue of Life magazine, which was already on newsstands, featured a photo of Dewey with the caption “The Next President of the United States” and polls and pundits were solidly siding with Thomas Dewey, the crime-busting New York City district attorney who was the Republican candidate for the presidency.

Angry supporters of Mayor Harold Washington jeer the council proceedings after Ald. Ed Vrdolyak seized control of the podium on May 2, 1983. Vrdolyak had taken control of the meeting after Mayor Washington left, and had himself elected vice chairman of the committee. (Ernie Cox Jr. / Chicago Tribune)

One of the most momentous changes in the long history of the Tribune took place on Sept. 19, 1982, and almost none of the paper’s more than 1 million Sunday readers noticed.

Firefighters from Ladder 24 salute during the funeral ceremony on Sept. 15, 2001, for Fr. Mychal Judge, who died in the World Trade Center bombing while giving last rites to firemen at the scene. (Pete Souza/Chicago Tribune)

The horror came in the early morning.

There were only a few of us in the Tribune Tower’s editorial offices that September morning when one reporter began to scream, a little after 8 a.m., “Where’s a TV? We need a TV.” And so a television set was found in an editor’s office and we gathered there and … well, you know.

Dozens of talented columnists have appeared in the Chicago Tribune over the decades, earning the newspaper two Pulitzer Prizes for commentary and two for criticism.

As the Tribune celebrates its 175th anniversary, editors from across the newsroom dug through the archives to offer this small snapshot of Tribune Voices from the past. We also reached out to some columnists who chose their favorites.

Since its first edition was published on June 10, 1847, the Chicago Tribune has covered every milestone in the city’s history.

Here’s a look back at more than 175 years of breaking news, Pulitzer-winning investigations, and photography that documents the stories of those who lived and worked in our neighborhoods and impacted the arts, politics, sports and more.