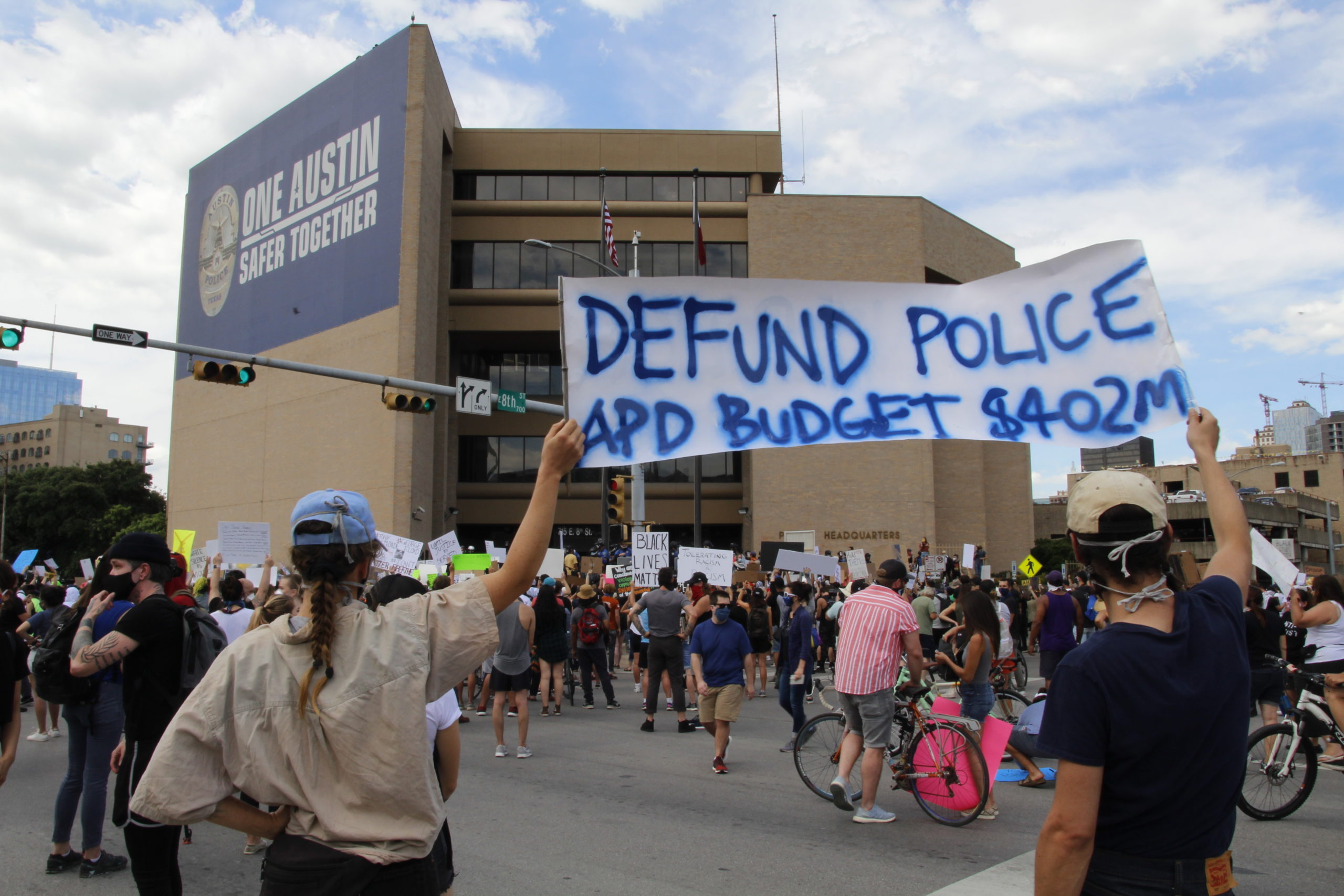 Negotiations between Austin officials and the police were breaking down in part over the city’s attempts to increase police accountability in 2018. The city’s citizen review panel disbanded. Finally, that November, the parties reached an agreement, though tensions remained. A new office was created and staffed by civilians rather than police: The Office of Police Oversight.

The office’s job, as stated in its city contract, is to pass along complaints to the police and oversee the misconduct complaint investigation process. From its inception, the Office of Police Oversight bullishly pursued complaints of officer misconduct. Farah Muscadin, an attorney who had previously served as police monitor during the 2018 negotiations, became director. Her staff actively reviewed evidence, formally objected to department policies and updated residents on complaints.

But in late 2021, an arbitrator declared the office had gone too far, overstepping bounds laid out in the contract by investigating complaints, collecting evidence and interviewing witnesses. Austin police criticized a case in which the Office of Police Oversight reviewed body camera footage to compare how an officer interacted with a Black loiterer versus a white loiterer. The arbitrator sided with the police. The contract expressly forbids “gather[ing] evidence, contact[ing] or interview[ing] witnesses, or otherwise independently investigat[ing] a complaint of misconduct by an Officer.”

Ken Casaday, president of the Austin Police Association, argues that decision simply brought the system back into line.  “We have no problem with people overseeing, raising questions when they see a problem,” Casaday said. “The problem is outsiders with no experience whatsoever coming in and doing investigations and wanting to pass judgment when they have no idea what it’s like to be a police officer.”

But police critics worry their watchdog has been leashed. One group of residents is now pushing for a ballot measure to give the office authority to boost oversight.

“We have a history in Austin of police brutality, of a lack of accountability for police officers who do harm to citizens,” said Alycia Castillo, a board member of Equity Action, which is leading the push for the ballot measure. “We think that whether or not it’s legal for them to do some of the things that they do, we want to end the brutality.”

The discord in Texas’ capital city reflects a larger national debate over how far police oversight should go. If an oversight body can’t review evidence, what power does it have?

Police oversight bodies are defined—and constrained—by laws, politics and often by government contracts. These groups typically wield some combination of three powers: review, investigation, and monitoring. Austin’s office, once considered a model for others around the state, both reviews complaints and monitors police department’s policies, but police conduct their own misconduct investigations. Meanwhile, a few other Texas cities, like Dallas and Fort Worth, allow oversight bodies to conduct complaint investigations, according to a 2020 report from Rice’s Kinder Institute for Urban Research, a report that reviewed oversight groups in the five largest cities in Texas.

The report concluded that most of the oversight bodies were underfunded, and those in San Antonio and Houston were the weakest. Until recently, Houston’s Independent Police Oversight Board could only review investigations once they were complete and then make recommendations that weren’t binding. Since 2020, Houston city officials have announced a “major restructuring,” giving the group more power to hold officers accountable.

San Antonio’s oversight group, a board appointed by the City Council, remains one of the weakest in Texas. Earlier this year, the city and police union adopted a new contract that gave the department more power to over disciplinary reviews of its officers. Residents are still campaigning for an independent oversight board, since all of the other largest cities in the state already have one (Houston, Austin, Dallas, Fort Worth.)

Controversies over the shooting of unarmed people and other allegations of excessive force by police officers have prompted calls for increased monitoring in Texas. “Often, the public will rally around creating an oversight agency after a controversial use-of-force case. City leaders will then create an agency, and decades later the public will protest again after a major incident increases demand for new police accountability practices,” the report said.

The Austin Police Department has had its share of controversy over police officer misconduct. In 2017, two officers chased 24-year-old Landon Nobles and shot him in the back. In 2018, two officers were fired for using a Taser on Quentin Perkins, who was kneeling and unarmed. Perkins survived the encounter. The department’s problems went beyond individual incidents—in 2019, the UT School of Law’s Human Rights Clinic determined that Austin police’s responses to mental health calls violated international human rights.

On April 24, 2020, an officer shot and killed Michael Ramos, who was unarmed, as he attempted to drive away. That officer, Christopher Taylor, was indicted on murder charges and suspended without pay from the department—but that outcome is very unusual in Texas and nationwide.

Misconduct allegations spiked in Austin during the 2020 Black Lives Matter demonstrations against police brutality following George Floyd’s murder. In 2019, the Austin Office of Police Oversight received 1,353 complaints; in 2020, the office fielded 2,809. During the protests, officers in the department severely injured nonviolent protesters with “less-lethal” weapons.

In the aftermath, some police officers blamed those injuries on faulty weapons. Officers also claim—in a lawsuit against the city, the county district attorney and several other groups—that they were not properly trained to use these crowd control tools.

Stephen Sherman, research fellow at the Kinder Institute, said in the past few years, the perceived or real spikes in violent crimes in some cities have empowered many police unions to make counter demands. He said it puts leaders in large, left-leaning cities in a tough spot, as they try to appease police, who seek more freedom to oversee themselves, and constituents and activists who worry about police misconduct and misuse of force. The resulting compromises can result in toothless oversight agencies.

The Austin Police Association and the city are already engaged in another round of contract negotiations, which could again alter the Office of Police Oversight role.

But Equity Action, a nonprofit that pushes for progessive causes in Austin, is attempting to collect 20,000 signatures by the middle of July to put a measure on the November ballot to bolster the office’s authority. The measure envisions an office that can investigate complaints, randomly audit the department’s use of force incidents, and ensure the city provides information on investigations and outcomes to the public.

Castillo, the Equity Action board member, said her group hopes that the ballot measure will pass and help to permanently define the office’s role, so contract negotiations between police and city officials every four years don’t have the potential to redefine or reduce it.

A spokesperson for the Office of Police Oversight declined to comment on the potential ballot measure or on those contract negotiations.