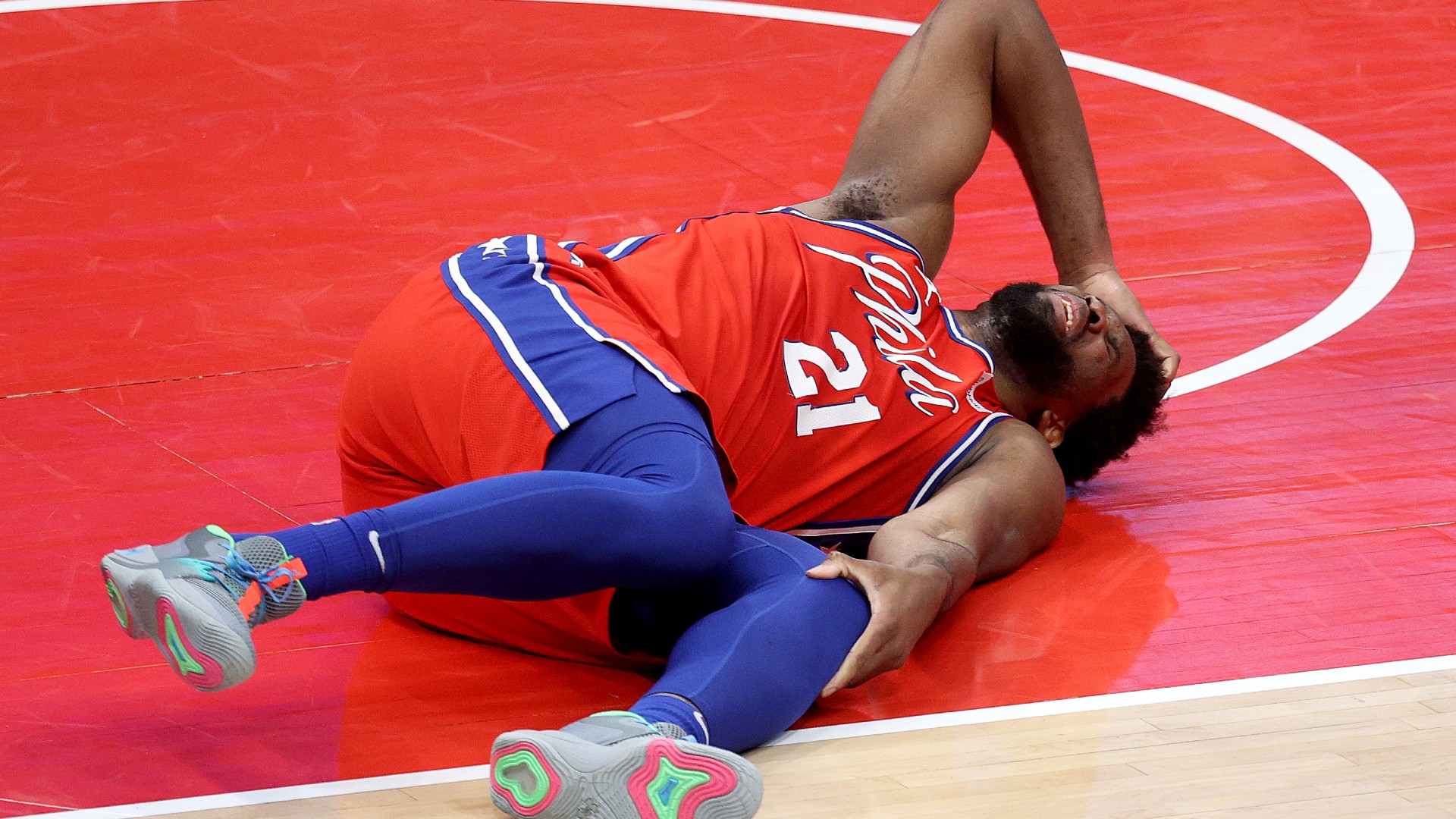 He was hurt when he landed awkwardly on his left leg following a dunk in the third quarter. Embiid left the game and did not return.

Coach Doc Rivers and Sixers players expressed their concern after the game about the NBA MVP candidate’s health, but no one knew whether Embiid would miss time with the injury. That mystery was cleared up Saturday when ESPN’s Adrian Wojnarowski reported Embiid suffered a “deep” bone bruise but escaped more serious injury.

ESPN Sources with @ramonashelburne: Philadelphia Sixers star Joel Embiid’s MRI showed no structural damage to his left knee, just a bone bruise. ACL and meniscus are fine. No timeline yet on a return.

So what’s next for Embiid? A quick rundown of what we know about the injury and news on when he may get back on the court.

What is Joel Embiid’s injury?

The Sixers announced that Embiid suffered a left knee injury. An MRI on Saturday revealed no structural damage to the knee, and the injury was described as a “deep” bone bruise, according to ESPN. Friday was Embiid’s first game action since he and teammate Ben Simmons were held out of the NBA All-Star Game for being in contact with someone who tested positive for COVID-19 — their personal barber.

Embiid hyperextended his right knee Feb. 11 against the Trail Blazers but did not miss any games with that injury.

Embiid’s still expected to miss time with the bone bruise, sources said, but there’s significant relief within Sixers that the injury isn’t something much worse. https://t.co/ozcRTepMDe

How long will Joel Embiid be out?

Philadelphia will be without Embiid for two weeks, according to ESPN.

With Embiid forced to miss time, then the Sixers would go to backups Dwight Howard and Tony Bradley. The duo produced big numbers Thursday in a win over the Bulls as Embiid remained out because of health and safety protocols. Howard and Bradley posted 32 points on 15-of-19 shooting (Bradley was 7 for 7 from the floor), 17 rebounds and five blocks in a combined 46 minutes.