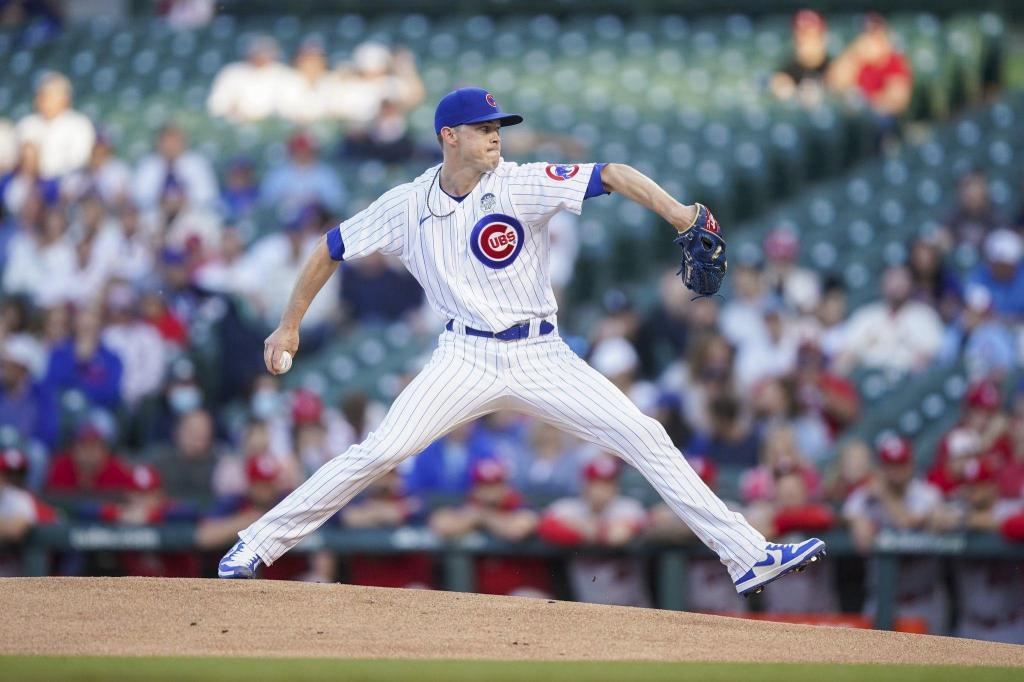 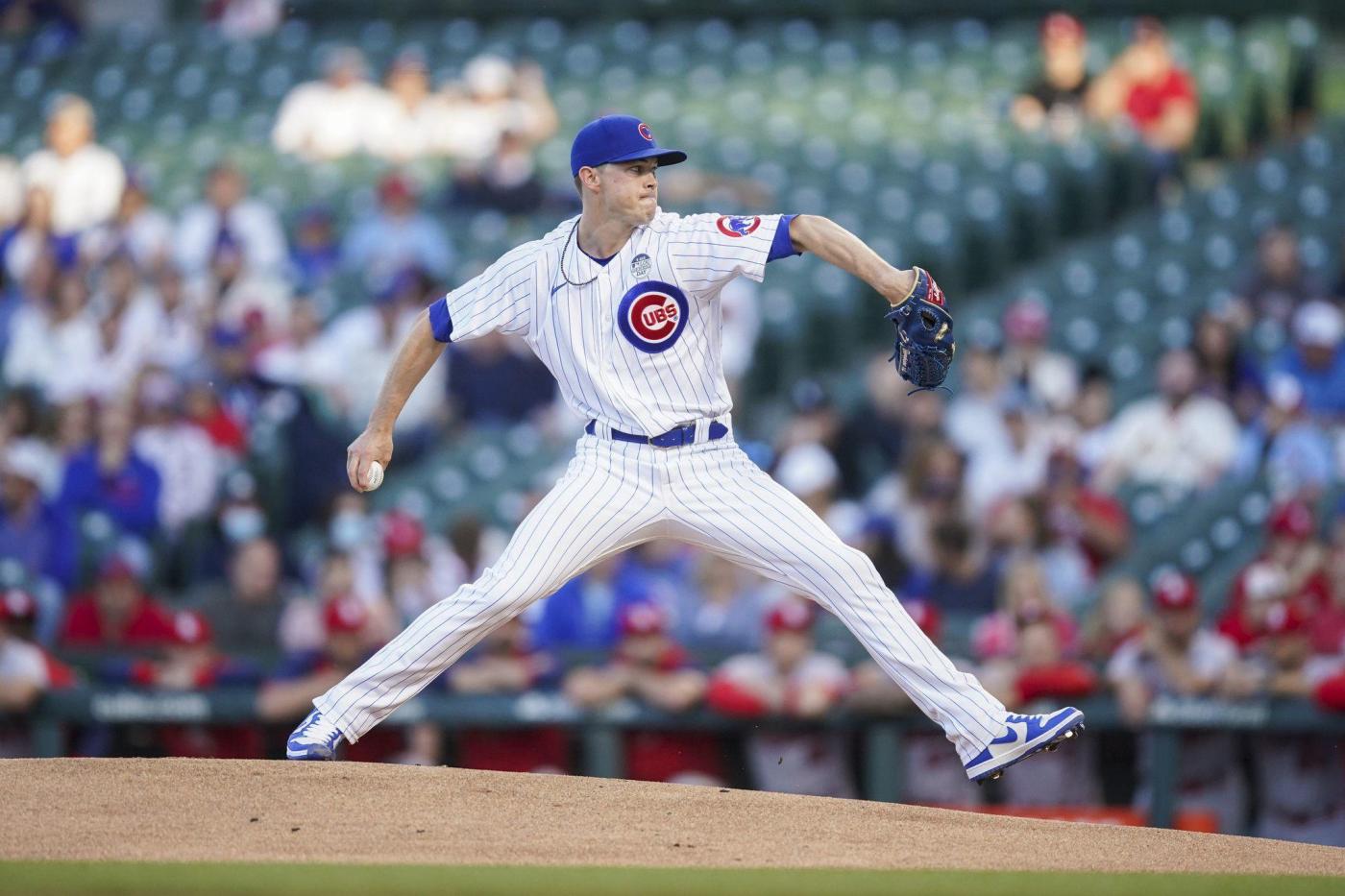 Keegan Thompson is not switching up his routine.

No matter how the Chicago Cubs have used the right-hander this year, he maintains the same warmup process — even before starts. Forget the typical pregame long tossing in the outfield by the starting pitcher. Thompson has found a setup that works, and he isn’t abandoning it just because the Cubs are giving him a chance to start.

Just as he does during games before multi-inning relief appearances, Thompson heads to the bullpen mound and goes through his pitches, avoiding a prolonged warmup.

“I’m still sticking with that routine until it doesn’t work,” he said.

Pitching coach Tommy Hottovy has seen Thompson learn what works best for him to prepare for a game, regardless of the situation.

“Every routine is different, and maybe he’s found that his routine is more of a reliever-type routine,” Hottovy told the Tribune on Wednesday. “But we say ‘as a reliever’ — it’s not, it’s just your routine.

“It’s funny, like, everybody sees him as a starter and you have to have a certain throwing routine. You don’t. Your routine is your routine if it’s working. Obviously something’s good there.”

Thompson delivered the longest start of his young career Thursday night, going 5⅓ innings in the Cubs’ 7-5 win over the St. Louis Cardinals at Wrigley Field. He allowed three runs on five hits with three walks and three strikeouts.

Two of those walks came against the last two Cardinals he faced in the sixth as his command wavered. He was “very disappointed” by that sequence but satisfied overall with his start.

“Everything’s been mechanical adjustments,” Thompson said. “When I go wrong, that’s pulling my head off and a little too early coming out of it. So when I do that, I know what I’m doing wrong. It’s just getting back in there.”

Through 12 appearances (four starts), Thompson owns a 1.99 ERA, second-best on the Cubs pitching staff. The 27-year-old former third-round pick is trying not to think about his stellar beginning to the season.

“We tried to push him a little bit longer, but a really nice outing,” manager David Ross said. “Consistent as we’ve had. A guy that continues to impress for sure.”

Beyond putting the Cubs in position to beat the Cardinals in the teams’ first meeting of the season, two elements of Thompson’s start were notable: his ability to maintain his fastball velocity into the sixth and how he incorporated his changeup.

Ross liked seeing Thompson utilize the changeup against the Cardinals’ right-handed hitters to generate weak contact. Thompson, who threw 10 changeups, wants teams to have the pitch on their scouting reports to keep them off balance.

“We had to switch it up and mix in the curveball and changeup later in the game, which was really effective,” catcher P.J. Higgins said. “I‘ve known him for a while and he’s pretty adaptable.”

That adaptability is clearly present on a big and small scale with Thompson. Right-hander Alec Mills understands what goes into a swing role, something the Cubs have harnessed with Mills over the last four years.

Count Mills, 30, among those wowed by Thompson’s performance this year as a multi-use pitcher.

Mills believes he could learn from how Thompson relies on the same warmup routine. If he were to go through the swing role again, Mills said he would attack it differently.

“There’s some things that I definitely regret doing when I was in that role,” he said. “I was sometimes kind of scared to throw off the mound that day, thinking, oh, maybe I need to go three or four (innings) today.

“But you can throw eight or 10 (pitches) off the mound and be fine to go that day. And that’s something I think I need to get over with. But for (Thompson), that’s something that’s good for him.”

Hottovy told the Tribune that Thompson will be in the rotation “for at least the foreseeable future.” But how the Cubs use Thompson during their upcoming five-game trip remains to be seen. His next start would align with a day off Monday ahead of a two-game set in Baltimore, and the Cubs get another day off Thursday before three games against the New York Yankees.

The Cubs might not have the same type of dynamic multi-inning reliever as Thompson for however long they keep him in the rotation. They still have long relief options, though. Right-hander Michael Rucker can offer length, as can Mark Leiter Jr. when he’s on the roster. Mills, who is eligible to come off the 60-day injured list Monday, is scheduled to make another Triple-A rehab start Tuesday.

“(Mills) has proven over his career to be able to bounce back and forth with that role too,” Hottovy said.

The health of the rotation likely will dictate Thompson’s role. Hottovy expressed optimism Wednesday that Wade Miley could rejoin the rotation when he is eligible to come off the 15-day IL on June 10 in New York. Drew Smyly’s return from a right oblique strain, however, is not imminent.

Smyly said there is no timetable for when he can resume baseball activities. He needs to have pain-free range of motion before progressing.

“It’s probably going to be a little while, like a month, before I can start to really have an idea of how close I am,” Smyly said Thursday. “If you try to push it and come back too early, you’re just going to reinjure it. It’s not something you can push through.”