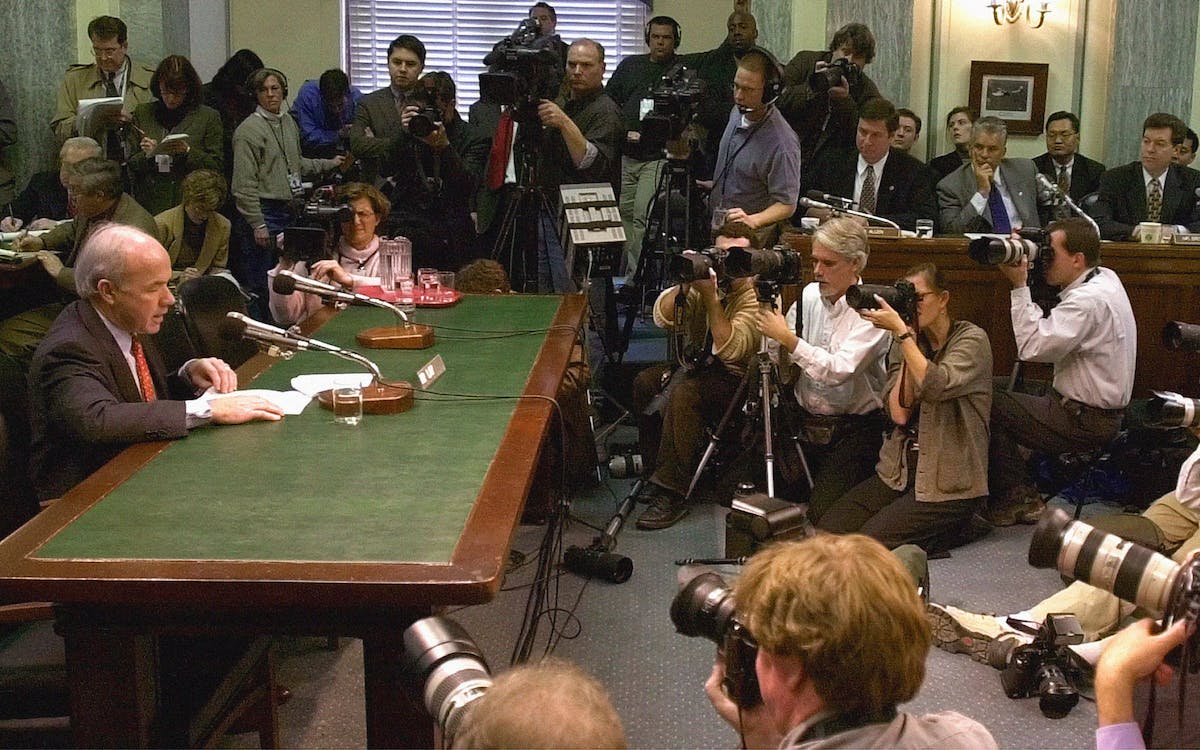 When I started working on “How Enron Blew It” in the summer of 2001, the company’s stock price was valued at around $50 per share. It had been on a downward slope for a year by then—from a high of $90—and we all know what happened next. By December, the company that had been the darling of Wall Street—beloved by Forbes, Fortune, BusinessWeek, and others—had a stock price worth exactly 26 cents. Its leadership was scrambling to hire the country’s best criminal defense attorneys, while employees and investors lost nest eggs once worth millions.

Enron collapsed in what whistleblower Sherron Watkins predicted would be a wave of accounting scandals. The company that had once claimed to be the global corporation of the future, marking its self-appointed transition from the world’s largest energy company to the world’s largest company, period, seemed to vaporize almost overnight, except for the lawsuits and the prison sentences.

Contrary to media reports, Enron did begin as a real business, with lucrative gas pipelines crisscrossing the country. There was nothing wrong with the ideas subsequently proposed by the company’s Svengali, Jeff Skilling, to enhance Enron’s hard assets with virtual ones that included techniques to hedge gas prices and weather shifts and, eventually, even to stream movies. (In retrospect, a gas pipeline company going Hollywood should have been a clue toward Enron’s overreach.) But Enron’s leaders were always more interested in ideas and their own massive bonuses than in the hard work of running a corporation, and that’s where the trouble started.

Taking in the company’s rise and fall was like watching a prestige-TV series, long before Billions, Industry, or Succession. CEO Ken Lay was the bumbling leader—or was he? Skilling was a brilliant savant—who somehow ended up sentenced to twenty years. Would his nemesis, the glamorous, world-beating executrix Rebecca Mark, end up the victor?

Though various seasons of the saga have ended, the finale is still to come. While I was working on the story and a subsequent Enron book, I often wondered whether the company was an anomaly or some kind of canary in the coal mine for corporate America. Would the lying and bullying from the C-suite on down end with Enron? What about the delusion and greed, the arrogance that fueled Enron’s win-at-all-costs culture, or the insiders’ unshakable belief that everyone on the outside was a chump?

I got my answer with the financial crisis of 2008, and then again in 2017, when the same poison infected the Oval Office.