How does the NFL Pro Bowl work in 2021? Everything to know about virtual Madden game 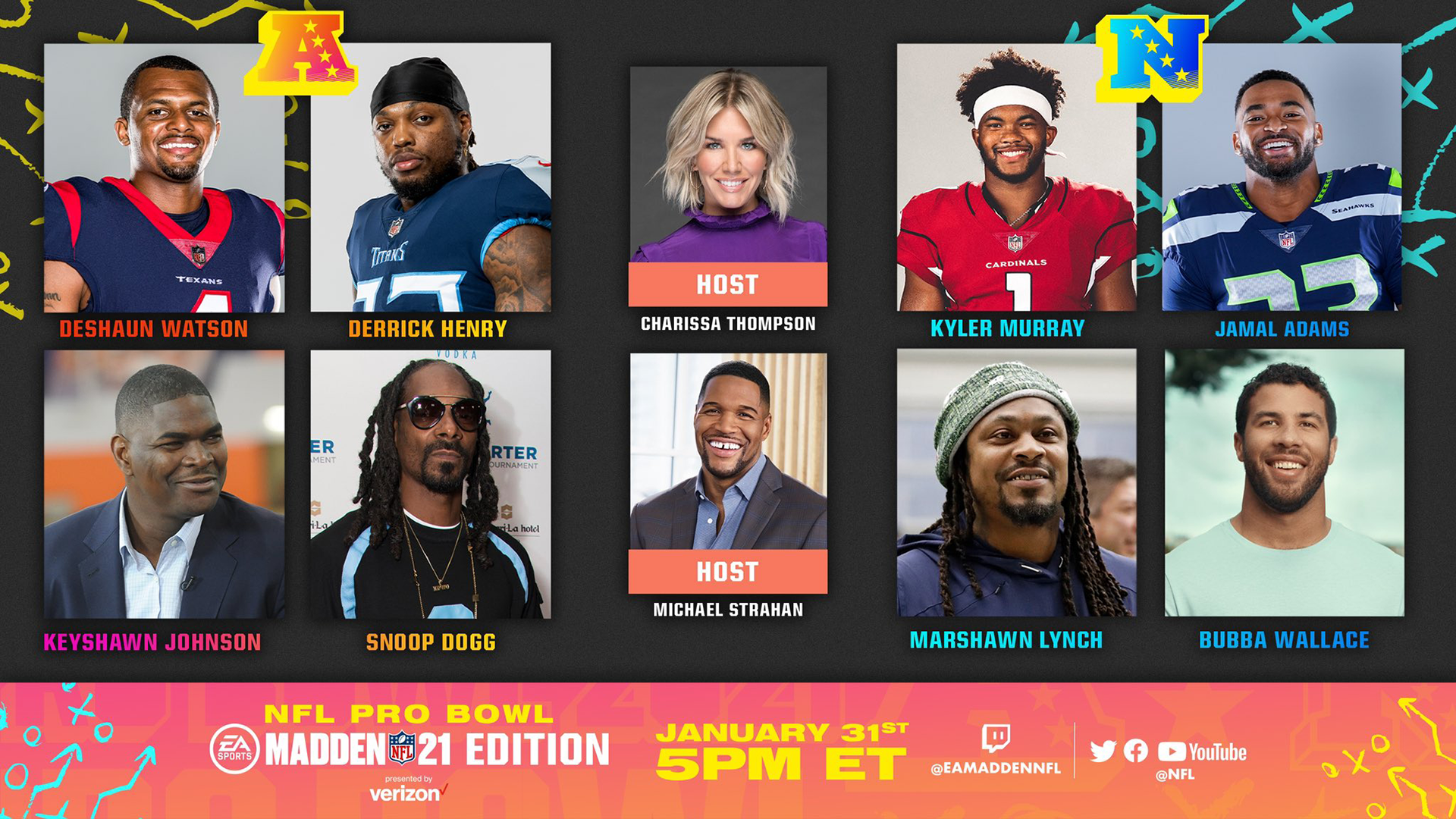 The NFL Pro Bowl was called off this year due to the COVID-19 pandemic, but the league got a little creative with its workaround.

Instead of airing the traditional Pro Bowl, a virtual version of the game will be aired this weekend. Some current and former NFL players, along with celebrities, will be competing with Pro Bowl rosters in the “Madden NFL 21” video game.

“Even amidst unparalleled change across the sports industry, we are excited to transition many of the signature components of the Pro Bowl — which will go virtual in Madden NFL 21 — into a new innovative experience for our players and fans,” NFL executive vice president of club business and events Peter O’Reilly said in a statement.

MORE: Why is there no Pro Bowl this year?

So how exactly does this work? We’ll explain below what you can expect from the virtual Pro Bowl in 2021.

The virtual NFL Pro Bowl will be held in place of the game on Sunday, Jan. 5. The replacement “Madden NFL 21”

The 2021 NFL Pro Bowl will be available to watch in a number of ways. You can watch through the EA Madden NFL Twitch channel, embedded above, as well as the NFL’s YouTube, Twitter and Facebook platforms. The game will also be streamed on NFL Network.

In addition, streamers Ninja, FaZe Swagg, AustinShow and AMP will have the game available on their respective Twitch channels as a watch party.

Charissa Thompson and Michael Strahan will be hosting the event.

How is the Pro Bowl going to work this year?

The 2021 NFL Pro Bowl will be virtual, with eight players and celebrities competing against one another using the video game “Madden 21.” Four people will control the NFC while another four control the AFC, both being the full rosters as selected. Deshaun Watson and Kyler Murray have been named as “Team Leads” as they are each Pro Bowl players this season. The players will be playing the game from their homes, and will play one five-minute quarter of the game.

It was not announced which participants would be playing each quarter. It’s also not clear if the teams will get everyone involved like in a traditional Pro Bowl, or if it will pretty much just be the starters playing. EA Sports has a feature in its preseason for franchise mode that automatically subs in backups, so it’s certainly possible to apply that to the Pro Bowl.