How Buccaneers built a Super Bowl roster for Tom Brady: Patience in draft, punch in free agency pay off 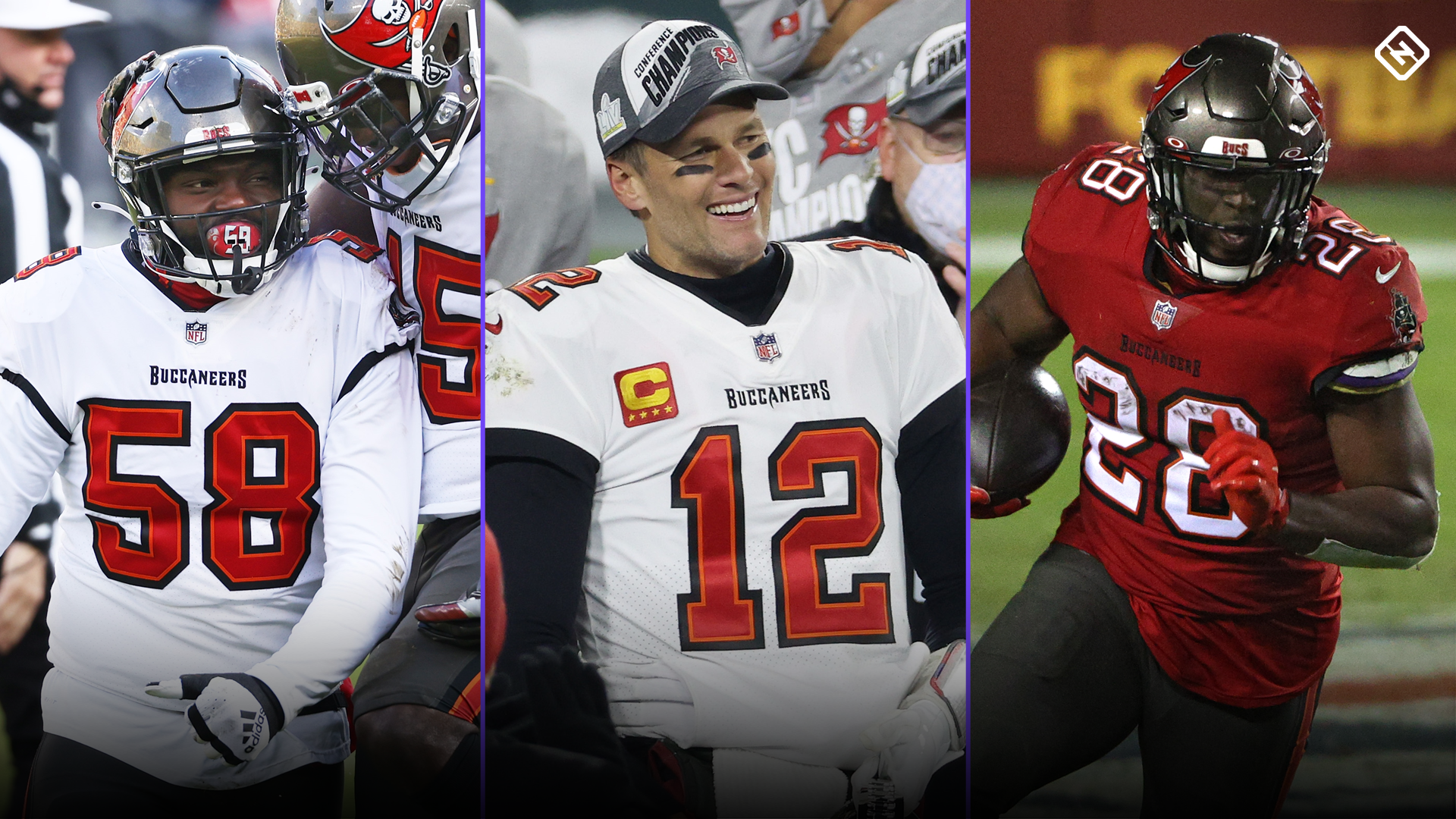 Tom Brady didn’t choose to sign a two-year deal with the Buccaneers on a whim. When leaving the Patriots as a free agent, he picked a team that was ripe for a big breakthrough — all the way to playing the Chiefs in Super Bowl 55.

Before Brady arrived to turn Tampa Bay into a wild-card team turned NFC champion, it had missed the playoffs for 12 consecutive seasons, going back to the end of the Jon Gruden era. The Bucs went through three more head coaches until Bruce Arians was hired in 2019.

But they’ve building to playing in a home Super Bowl for half that time. Since Jason Licht became the team’s general manager in 2014, there has been a quiet stockpiling of talent, mainly through the draft and some through free agency. That’s what set up the opportunity of “going all in” with the signing of Brady to make the overdue jump to an 11-5 record.

With players such as Rob Gronkowski, Antonio Brown and Leonard Fournette arriving along with Brady, it might seem to those away from Tampa Bay that the Bucs were more mercenary and less methodical in developing a championship-caliber roster. But Brady and those offensive reinforcements wouldn’t have helped put the Bucs over the top without a solid, all-around foundation. Here’s a breakdown of how they were constructed under Licht, proving they were smart to be patient with him as a the personnel decision-maker.

The 2020 Buccaneers and the NFL Draft: From big splashes to pirated stars

Licht’s first draft in 2014 wasn’t very good overall, but it did land a key Buccaneers star: wide receiver Mike Evans at No. 7 overall. A year later at No. 1 overall, Licht’s hand was forced into taking Jameis Winston, at that time seen as a can’t-miss franchise quarterback. But that class of ’15 now will be more remembered for two second-round cornerstones of the offensive line, left tackle Donovan Smith and left guard Ali Marpet. Licht also signed tight end Cameron Brate as an undrafted free agent.

After a shaky 2016 class, the Bucs rebounded with tight end O.J. Howard (first round) and wide receiver Chris Godwin (third round). When looking back, six key offensive starters in four drafts, including Winston, looks pretty darn good. But the three most recent drafts is where Licht really lit it up.

MORE: Why did Tom Brady leave the Patriots?

Overall, while Licht’s been on the job, he’s drafted 11 of the team’s current 22 starters for Super Bowl 55 (five offensive, six defensive) and several other sub-package impact players.The offensive line and secondary took care of weak links this year, and the receiving corps was loaded before Brady, Gronkowski and Brown came to town.

Licht recognized both the top-end talent his team needed early and plucked steals in later rounds. They more than made up for some of his early draft whiffs. This team had untapped potential before the combination of Brady and Arians’ coaching staff helped them achieve their goals.

When most teams aren’t pleased with limited draft results after five years, the Bucs saw a bright Licht. His presence as a former Patriots personnel man also was key to locking down Brady.

The 2020 Buccaneers and NFL free agency: A story that started well before Tom Brady

The Buccaneers’ offensive drafting before Brady was shrewd, to the point the additions of Rob Gronkowski, Antonio Brown, Leonard Fournette and LeSean McCoy were about adding key depth. That ended up being vital to overcome injuries across the board, led by Howard’s season-ending Achilles’ tear in October.

But before Brady, Licht had only one big splurge on that side of the ball — signing center Ryan Jensen away from the Ravens for four years at $42 million in 2018. Jensen gave them a third anchor to go with Smith and Marpet. Jensen has emerged into a key fiery leader, too, a snapper ideal for Brady.

Defensively, end Ndamukong Suh and outside linebackers Jason Piere-Paul and Shaquil Barrett are now key producers in their front seven. But when Licht and the Bucs acquired them all, they were reclamation projects, not disruptive forces for hire to the highest bidders.

Suh was a big contributor to the Rams’ Super Bowl 53 team, but he was left unsigned in 2019 free agency until May, as many teams thought he had little left well into his 30s. But still plugging away now at age 34, the No. 2 overall pick from 2010 is a big reason, along with Vea, why the Buccaneers have had the NFL’s top run defense in consecutive seasons.

Around when Licht signed Jensen in ’18, he also made a sneaky trade for Pierre-Paul, giving up only a third-round pick to the Giants for the freakish but oft-injured pass rusher. Pierre-Paul delivered 12.5 sacks that season. Despite a neck injury from a car accident curbing his availability and production in 2019, the Bucs re-signed him for two years, $27 million in 2020 to keep him for the Brady run. JPP made the Pro Bowl for the first time in eight years as an elite playmaker with a team 9.5 sacks this season.

Barrett’s addition in 2019 was the coup de grace. He was a good rotational edge rusher for the Broncos and helped them win a Super Bowl, but became an unheralded free agent. The Bucs thought he could thrive starting in Todd Bowles’ 3-4 scheme with JPP and Licht signed Barrett for a bargain deal. Barrett led the league with 19.5 sacks before getting franchise-tagged in 2020 in conjunction with Brady’s arrival, too.

Licht’s three-year run in the draft and free agency is an NFL general manager’s dream. There’s no way he would have sold Brady without that consistent talent investment and no wasted resources. It’s also no doubt what lured Arians to come out of short retirement well in his 60s — a team on the cusp of winning big sooner rather than later.

When the Buccaneers finished just out of the playoffs at 7-9 despite an interception-happy Winston, there was one last move to make — get a quarterback who could still make the big plays with great receivers but also cut down the big mistakes that hurt both the offense’s and defense’s chances of doing enough to win games.

The rest of the moves opened the door for someone like Brady to want to walk through. He then gave Licht and Arians an assist by recruiting more guys from the.outside that wanted to have fun winning with him.

The NFL isn’t like the NBA where you can gather stars to flip into a superteam. The NFL isn’t like MLB where if you can throw money all over the place, you can make a good roster into a loaded one in a hurry. Quarterback moves get the appropriate biggest attention as the most important position, but QB wins don’t happen without a complete team that wasn’t built overnight.

Brady’s deal wasn’t the transformative move for the Buccaneers — just the signature one. Because of the roster decisions elsewhere over the years, it was easy for Licht to see Brady was the missing final piece.

Minecraft is coming to Xbox Game Pass for PC