How ’Bout Them Mavs? 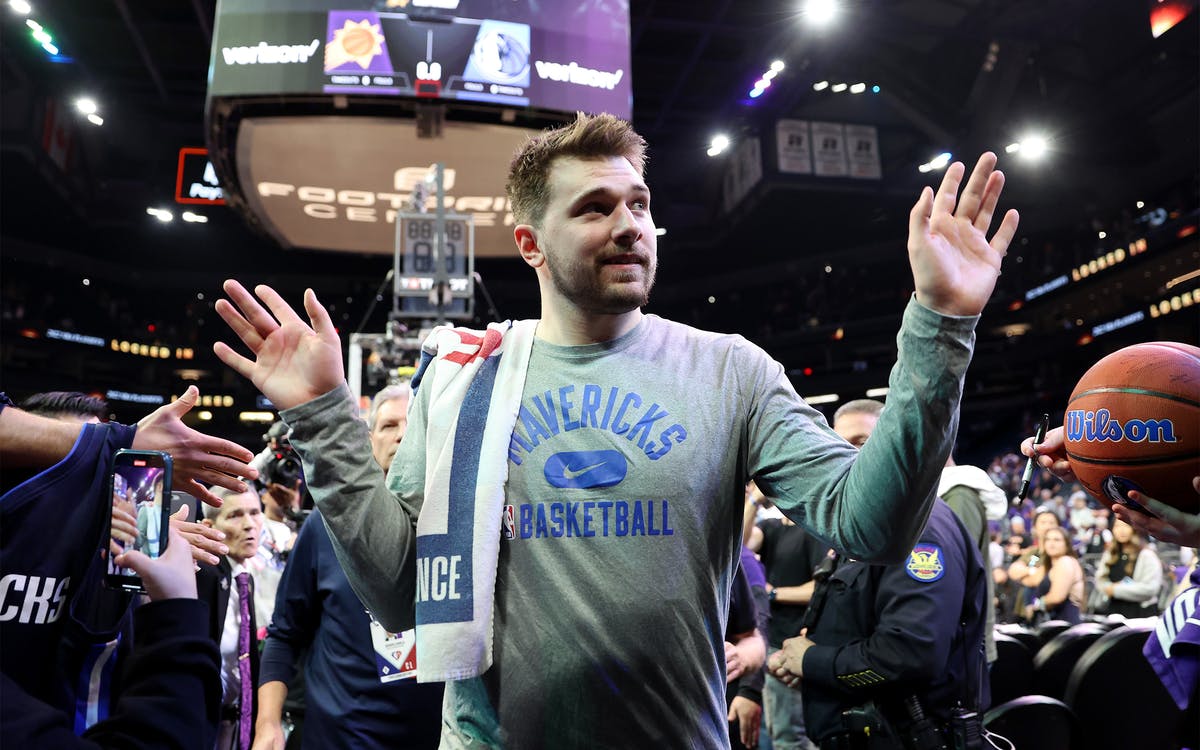 WHO: Luka Dončić, Spencer Dinwiddie, Jalen Brunson, and the rest of the Mavs.

WHAT: An all-time-great game seven performance.

WHY IT’S SO GREAT: Watching sports can be very stressful! That’s especially true during elimination games. The things that make them thrilling—the drama, the come-from-behind victories, the heated competition between teams that have everything on the line—also make them nerve-racking to follow, if you’re invested in a particular outcome.

Mercifully, the game between the Dallas Mavericks and the Phoenix Suns on Sunday evening to determine which team would advance to the NBA’s Western Conference finals turned out to be less tense than all of that. There were exactly zero lead changes, or even tied scores, from start to finish. Luka scored first, and then often, as Dallas’s lead grew over the 48 minutes. The performance—after a back-and-forth series in which the home team won every game, except for this last one in Phoenix—was so dominant that the outcome was all but official by midway through the second quarter. The Mavs went into halftime up 57–27. The TNT studio panel spent the entire intermission looking for new ways to say “huh, didn’t expect that to happen.” Shaq sang “Deep in the Heart of Texas,” just to kill time. Former Sun Charles Barkley looked like he might cry.

The second half appeared to be just as effortless—at least for Dallas. It’s rare for an NBA team (particularly a road team facing the squad with the league’s best regular-season record) to continue outscoring its opponent by a two-to-one margin for an entire game. So as the Mavs kept piling it on against the Suns, fans looking to add drama to the contest were forced to start searching for unusual angles—might the Mavs double the Suns’ final point total? Would they break the 40-point record for margin of victory in a game seven? Would Boban Marjanović, who only ever came off the bench in blowouts and averaged 4 points per game during the season, finish game seven with more points than Suns starters Deandre Ayton or Jae Crowder? The answers were no, no, and no: While the Mavs led by 46 points in the fourth quarter, they allowed the Suns to narrow the gap to 33 points over the final two minutes, resulting in a final score of 123–90. Boban, who played in just the final three minutes, finished with two points, which was three points fewer than either Ayton or Crowder managed.

In lieu of competitive drama, Dallas fans turned NBA Twitter into a victory party that started early and ran late.

Wednesday, the Mavs will play the Golden State Warriors in game one of the Western Conference finals. Will they embarrass Stephen Curry and the Dubs the way they did Phoenix last night? Probably not—it was, after all, a historically dominant performance—but Luka and the Mavs proved that they’re capable of anything as the 2022 postseason rushes toward its conclusion. Game seven might have been short on drama, but Mavs fans have reason to look forward to more high-stakes basketball to come. They might even have—careful not to jinx it!—reason to dream about hanging another NBA championship banner in the American Airlines Center.