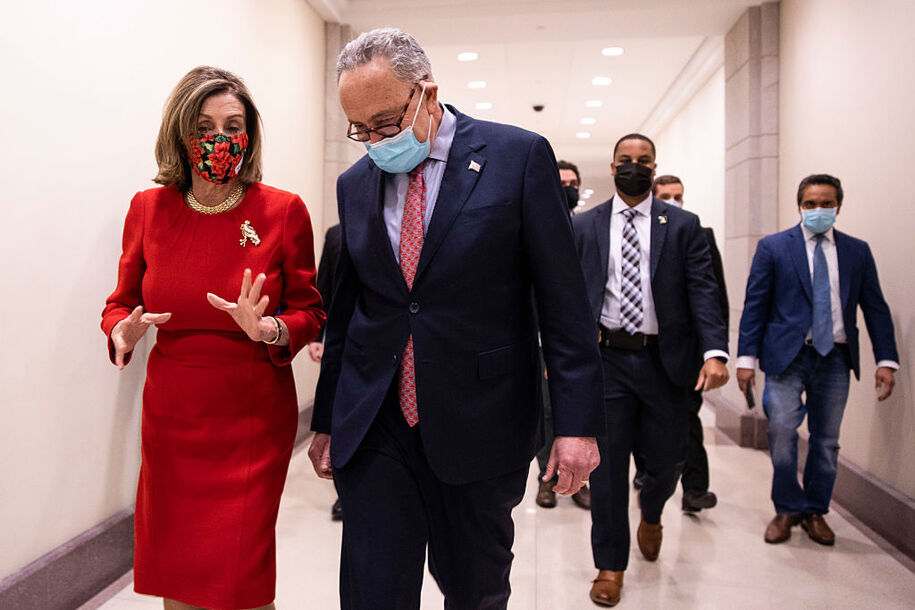 Likewise, Senate Majority Leader Chuck Schumer told Senate Democrats Tuesday in a conference call that votes could come as early as next week on the budget resolution that would set up reconciliation for the package. “We want to work with our Republican colleagues to advance this legislation. […] [But] we’re keeping all our options open, on the table, including budget reconciliation,” Schumer told reporters. “In keeping our options open on our caucus call today I informed senators to be prepared that a vote on a budget resolution could come as early as next week,” Schumer said.

The House and Senate budget chairs—Rep. John Yarmuth and Sen. Bernie Sanders—are already set for reconciliation, having started work on the process, and with Pelosi’s letter, the chairs of the committees that will contribute bills are at work. Sanders told reporters “We’re working on it right now. We’re working on it right now. […] If Republicans are not prepared to come on board, that’s fine. We’re not going to wait. We’re going forward soon, and aggressively.”

Sanders and team might have to be aggressive with some Democrats, and his fellow independent Angus King, too. King is already complaining about the $1.9 trillion price tag Biden’s plan carries. Sen. Joe Manchin thinks the $1,400 in direct payments should only be sent to lower income people. The problem inherent in that is that the incomes used to base payments on has been what people reported in 2019. Lots of people made a lot less in the past year than in 2019, with that whole pandemic thing. The thing that makes the most sense is just to give everybody their money—and more along the lines of $2,000 every month until normal returns—and then sort it out later in tax reform. Unfortunately, the White House is listening to these guys, though they’ve made no commitments.