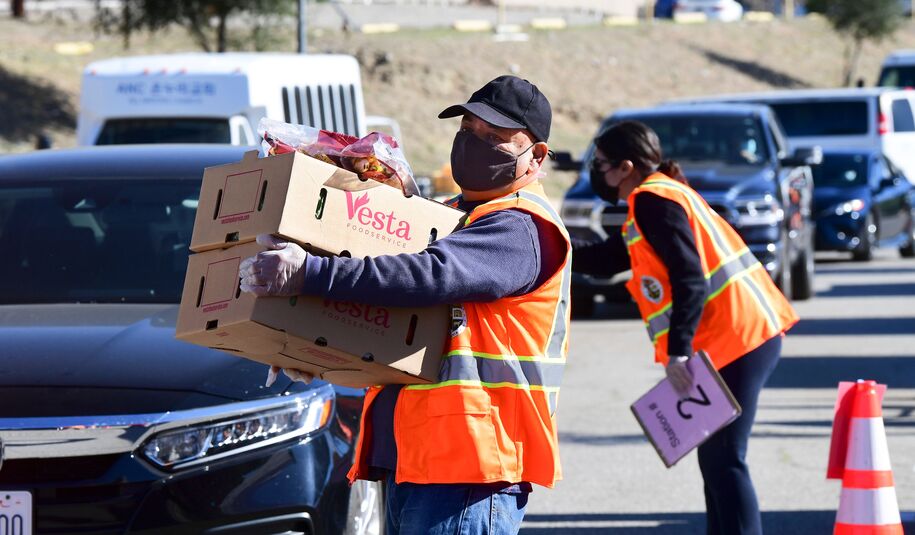 Rep. Pramila Jayapal, the chair of the House Progressive Caucus, however, called the bill “a big progressive win,” and the changes to it—aside from the elimination of the minimum wage increase—“relatively minor in the grand scheme of things.”

While the bill isn’t perfect, it’s both a major economic stimulus and a major anti-child-poverty bill, in fact one that “likely represents the most effective set of policies for reducing child poverty ever in one bill, especially among Black and Latinx children,” according to the Georgetown Center on Poverty and Inequality’s Indivar Dutta-Gupta.

While Republicans have yelled and whined that only 9% of the bill addresses COVID-19, the reality is, as Sen. Angus King told NPR, “There are really two pieces to this bill. One is directly related to the health crisis, but the other, and the larger piece, is related to the economic crisis that the health crisis has created.” The former part includes more than $50 billion for things like administering vaccinations and diagnosing and tracing coronavirus infections. The latter part includes the direct payments and unemployment aid; as well as aid to state and local governments both for coronavirus response and to cover budget shortfalls from the pandemic, averting even more massive job loss; housing assistance; funding for schools from daycares through colleges; help for people who have lost jobs and are trying to maintain their health coverage through COBRA; help for the restaurant industry that’s been so devastated by the pandemic; money for public transit, Amtrak, and the airline industry; and the astonishing expansion of the child tax credit that will cut child poverty nearly in half.

Everywhere you look there’s something good in this bill, it seems. If student loan forgiveness happens, a provision here would prevent surprise tax bills on the amount forgiven through 2025. It includes $5 billion in funding for disadvantaged farmers, a quarter of whom are Black, in what the Black Belt Justice Center’s Tracy Lloyd McCurty told The Washington Post was the “most significant piece of legislation with respect to the arc of Black land ownership in this country.” (Which is kind of telling about how little the government has done to help Black farmers, but it’s still good.) The American Rescue Plan will also shore up troubled multiemployer pension funds, saving the retirements of a million current workers and retirees.

There is so much good stuff here. So much rightfully very popular stuff—popular even with Republican voters, despite the intense opposition from congressional Republicans. Look for those congressional Republicans to do everything they can to hold it up, but Democrats expect to be able to pass it before the March 14 expiration of the existing unemployment benefits boost.