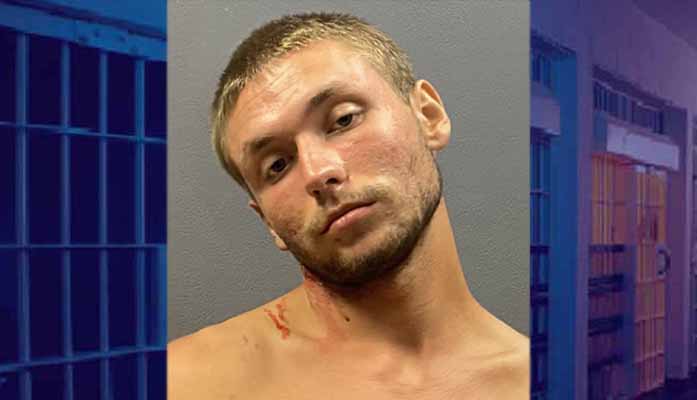 According to the Bullhead City Police Department, at about 4:30 a.m., police received a call of a shooting at the Marina Villas Riverfront Condos, 1800 Clubhouse Drive, where an unknown man was shot and had fled the scene.

It was reported to police that an unknown man, who was dressed in a black sweatshirt with the hood on and mask covering his face, was inside the condominiums. One of the residents confronted the suspicious male who was looking inside parked cars and told him he needed to leave the complex. The male suspect said he was looking for cigarettes. The resident, who was carrying a baseball bat by his side, followed the suspicious male for several minutes telling him again that he needed to leave the property. The man refused to leave and threw a rock at the resident and then came at the resident with a knife. The resident struck the man with a baseball bat. As the resident started to back away, the male suspect reportedly continued to walk towards the resident with a knife.

Another resident saw the altercation and told the man to leave. It was reported that the suspect continued to walk toward the first resident with a knife held up in his hand. The second resident then fired several rounds at the suspect. The suspect jumped over the wall that surrounds the complex and fled on foot.

About two hours later, police were notified that a man was at Western Arizona Regional Medical Center being treated for a gun shot wound. He was shot once in his leg. The suspect was identified as Abel, who is from the Washington area and had been living in Bullhead City as a transient for approximately three months. He was additionally arrested for an outstanding felony warrant out of Washington State for failure to follow conditions of parole. He was later released from the hospital and booked into the Mohave County Jail in Kingman.