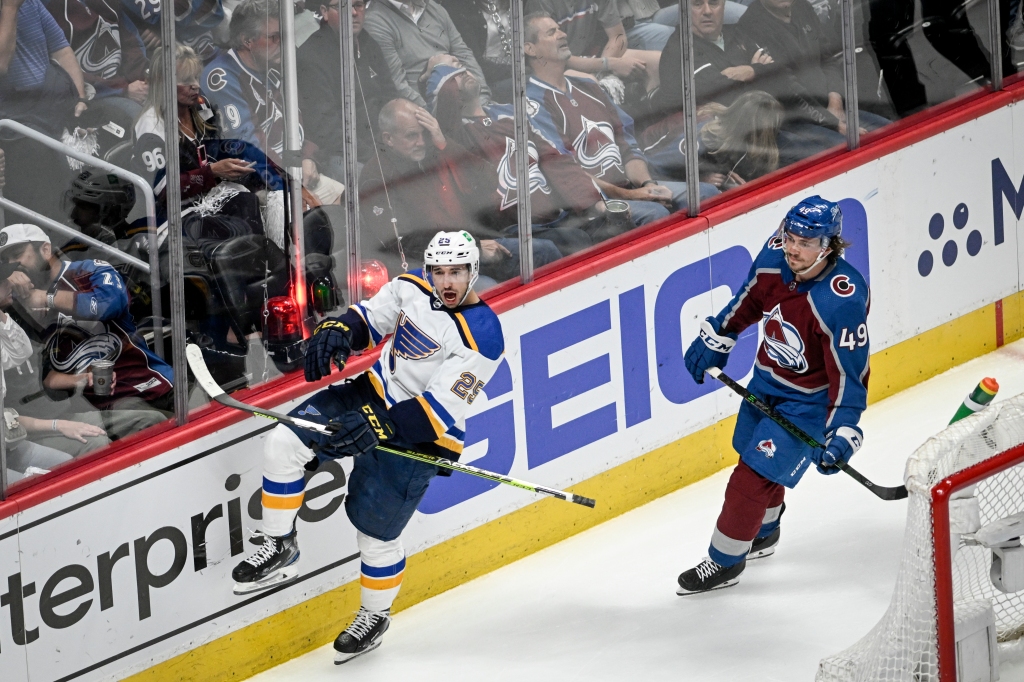 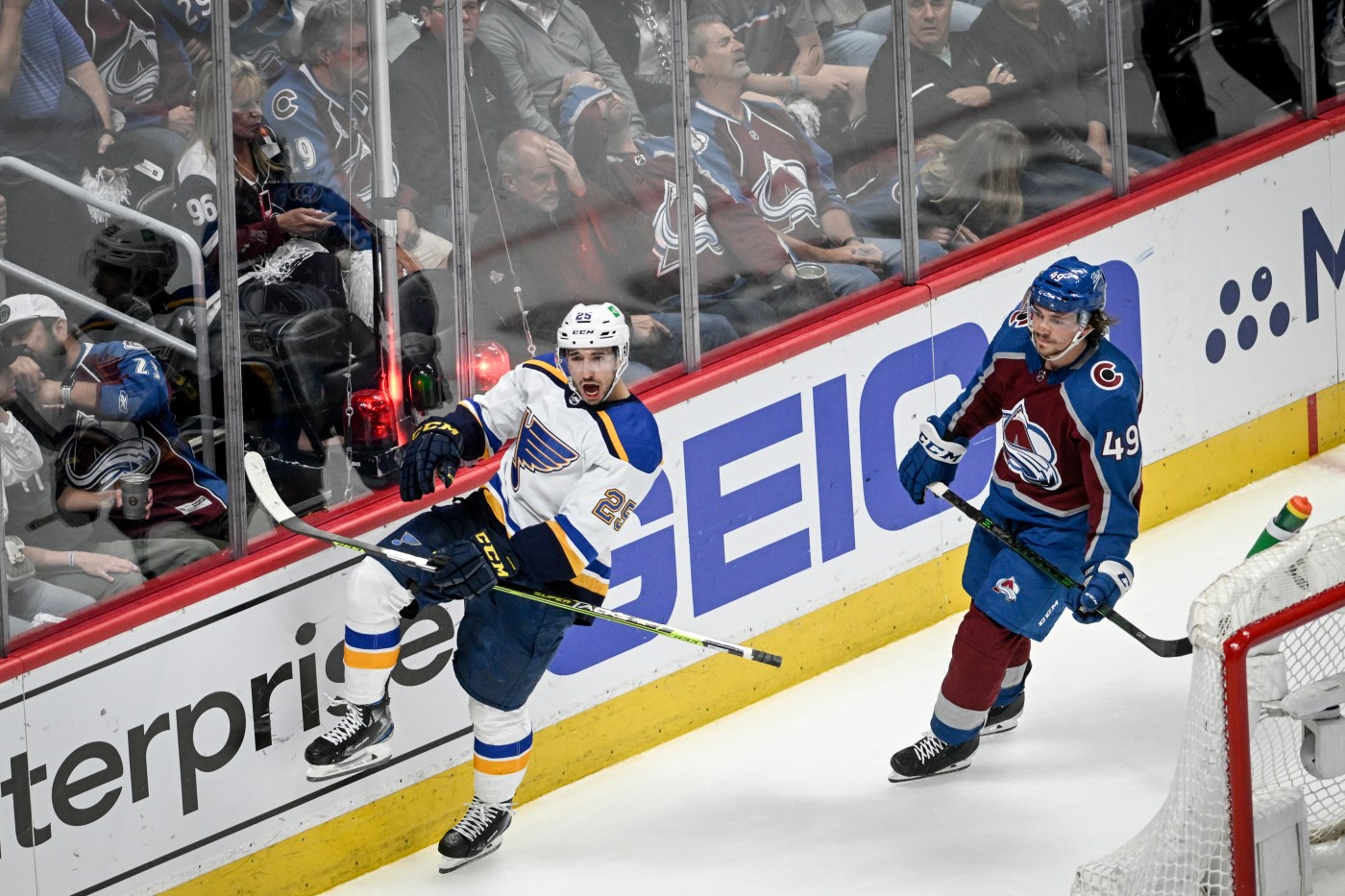 Well, the Avalanche wasn’t going 16-0 in this playoff season, but to suffer a first loss like this? Not good. The Blues had five of the first seven shots, nine of the first 14 and 12 of the first 17 as they established the fore-check to gain and maintain possession. The Avs survived the first period (no score), but two second-period deflections staked St. Louis to a 2-0 lead. Both were deflections that goalie Darcy Kuemper had no chance to stop. First goal: Jordan Kyrou’s shot hit the heel of Avs defenseman Sam Girard’s stick and knuckled over Kuemper’s shoulder. Second goal: On a 5-on-3 power play, David Perron’s slap shot from the right circle deflected off defenseman Josh Manson’s stick.

The home team can only feed off a crowd’s energy when said crowd has something to cheer about. St. Louis played a near-perfect opening 40 minutes to keep fans in their seats. The Blues hemmed in the Avalanche’s top offensive players, taking away time and space. The only power play in the first two periods produced one shot and Nathan MacKinnon, Cale Makar, Mikko Rantanen, Gabe Landeskog and Nazem Kadri were all quiet offensively. This carried over from Game 1 when the Avs’ final two goals were scored by Sam Girard and Josh Manson. The task for coach Jared Bednar entering Game 3 is making sure his stars are driving the bus.

The Avalanche simply didn’t do the little (or big) things right. Defenseman Devon Toews tried to pass across and up the ice to center J.T. Compher … who was making a change (icing). Late in the second period, Toews and winger Valeri Nichushkin committed consecutive offensive zone penalties, leading to a 5-on-3 and the Blues’ second goal. After Landeskog’s power play marker early in the third cut the deficit in half, St. Louis’ Perron made it 3-1 with 9:29 left when Avs winger Andre Burakovsky’s back pass went into Makar’s skates, leading to a break that ended with a goal. And the Game 1 faceoff success disappeared; MacKinnon lost nine of his first 14 draws and Kadri 11 of his first 18.