Holder Djokovic eases past Nishioka into round two of French Open 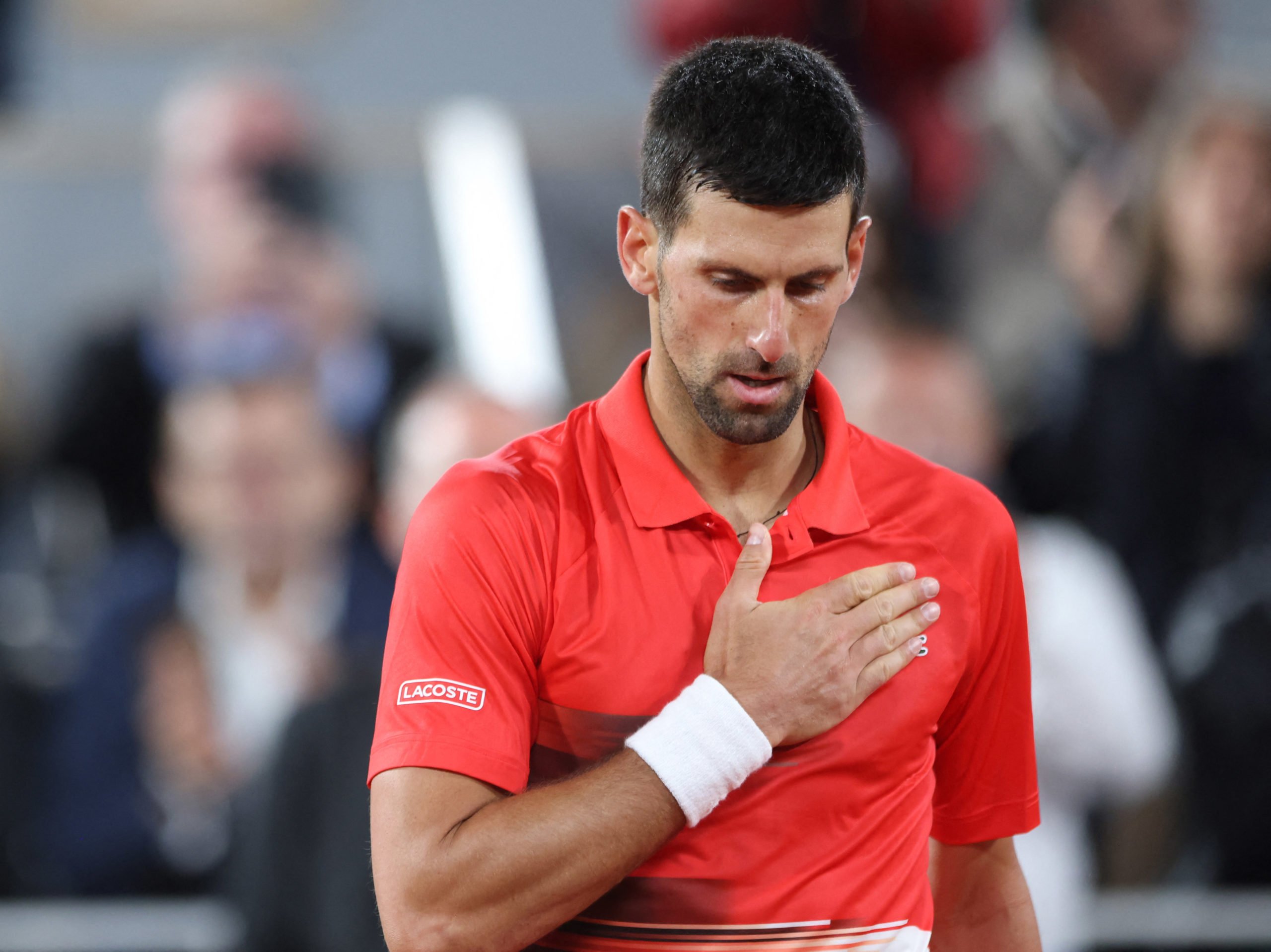 May 23, 2022 Serbia’s Novak Djokovic celebrates after winning his first round match against Japan’s Yoshihito Nishioka during the French Open. REUTERS/Yves Herman

PARIS — World number one and holder Novak Djokovic cruised past Japan’s Yoshihito Nishioka 6-3 6-1 6-0 on Monday to advance to the French Open second round in a comfortable start to his quest for a record-equalling 21st Grand Slam.

The Serb, who turned 35 on Sunday, needed less than two hours to beat the Japanese world number 99 in his first Grand Slam this year after missing the Australian Open.

“I have to be pleased with the match. I struggled to adapt in the first set. He is a very quick player. The first set was close but I cruised through the second and third,” Djokovic told reporters.

“I always expect the highest for myself but it was a very good start.”

Fresh from his Italian Open victory without dropping a set eight days ago, the defending champion broke Nishioka, who deployed a risky strategy of playing tight angles from the start, to move 4-2 up.

Djokovic, unable to defend his Australian Open title due to his refusal to be vaccinated against COVID-19 and his subsequent deportation amid a media frenzy, squandered a set point at 5-2 but comfortably held serve to close it out.

The Serb was never really troubled by Nishioka and galloped through the next two sets, dropping one game in the process.

He wrapped up the contest when Nishioka sent another forehand long to advance to round two as he looks to match fellow title favourite Rafael Nadal’s 21 Grand Slam wins.

“I looked forward to getting out on court,” Djokovic said. “I have been feeling well on clay in the past few weeks. I am happy to be back. The memories from last year are fresh in my mind.”