Historic Nantucket hotel and other buildings ravaged by fire 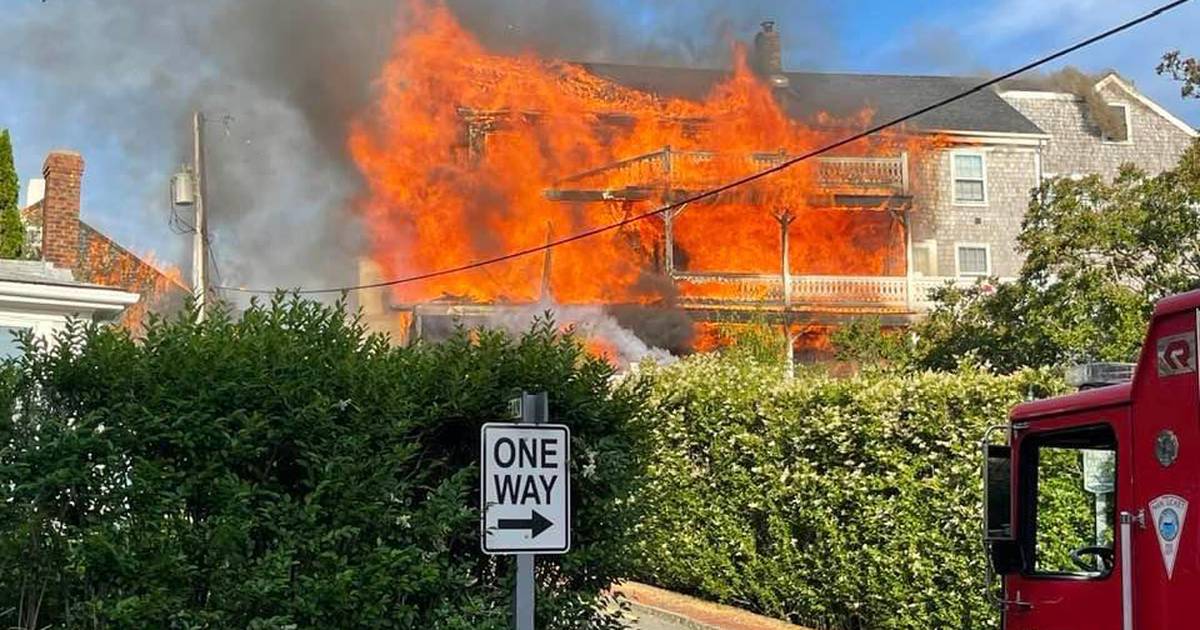 A centuries-old inn on Nantucket Island in Massachusetts was devastated by fire early Saturday, taking some surrounding buildings with it.

Everybody was evacuated safely. Four firefighters were evaluated at a hospital but all had been released by Sunday, the Cape Cod Times reported.

It took more than eight hours for firefighters from all over Cape Cod to extinguish the flames ravaging the 338-year-old Veranda House, characterized by its wraparound porches. On Sunday Nantucket Fire Chief Stephen Murphy told the Cape Cod Times that the fire did not seem to have been intentionally set.

The fire was first called in at 6:46 a.m. on Saturday, the Nantucket Fire Department said. Fire engines and an ambulance descended upon the scene to find the three stories on the eastern side of the historic landmark engulfed in flames. They were still battling the conflagration at 2:30 that afternoon.

“An off-duty captain and several civilians ran to the location upon hearing of the fire and assisted in removing guests from the hotel,” the fire department said in a statement describing the harrowing scene. “The captain and others entered into dangerous conditions without protective equipment to assure everyone got out of the building.”

After helping two people evacuate from a hallway, the captain was driven back by the blaze’s intensity.

“He attempted to search further but was driven back by the intense heat and smoke,” the fire department said. “The actions of the citizens and the captain saved lives.”

Several of the buildings were “total losses,” the fire department said, though it was too early for an estimate.

The cause was still being investigated in what the fire department said would be a “long-term operation.”

The inn’s owners expressed relief that everyone got out safely, while acknowledging the damage to the historic property.

“Today, July 9th, The Veranda House experienced a major onsite fire,” the inn’s owners said on Facebook. “With the support of all the first responders, and our local community members, we can confirm that all employees and guests are safely evacuated and accounted for.”

The owners are working “closely with emergency responders and safety authorities” to determine the cause and to map out next steps in the fire.

“The Veranda House team is deeply grateful to the Nantucket Fire Department and first responders for their quick action taken during this incident,” the venue’s owners said. “We will share additional updates as soon as we have them.”

NYC Council revisits bill to ban most background checks, including criminal, by landlords