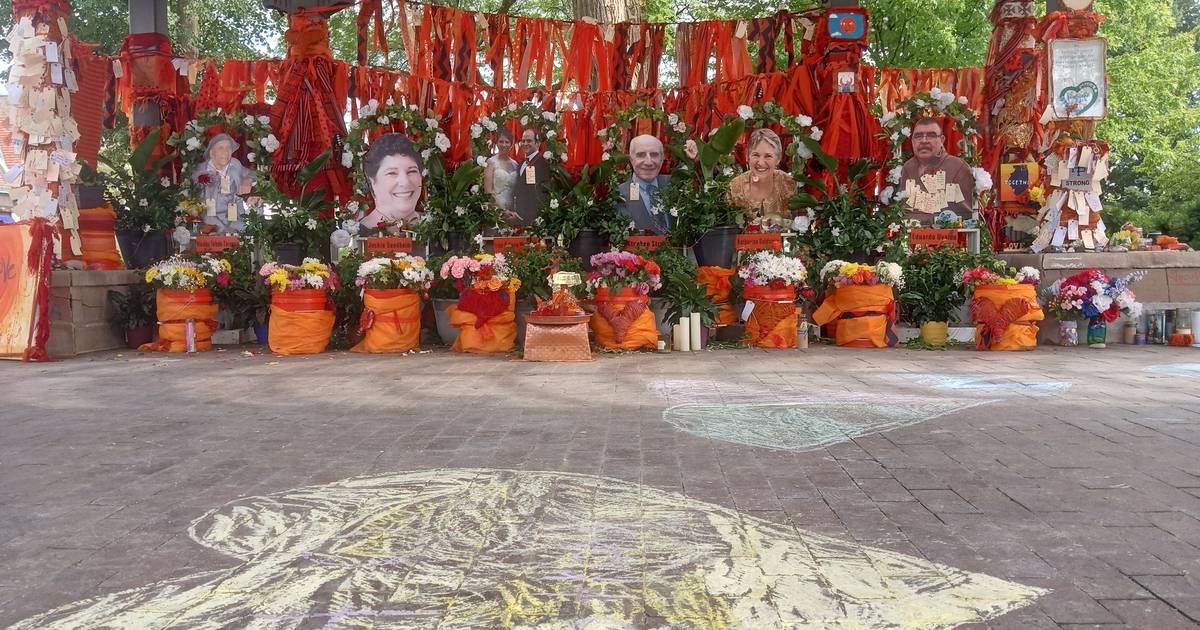 The Highland Park City Council agreed Tuesday to begin disassembling the informal downtown memorials honoring the victims of the July 4 mass shooting, saying they have proven traumatic to some residents who don’t want a constant reminder of the horror.

The decision came without a formal vote and details have yet to be finalized, but the basic plan is this: The city will direct the removal and archiving of items left at the veterans’ memorial at the corner of St. Johns and Central avenues; transfer some items from a shrine across the street to a nearby rose garden to serve as a temporary memorial; and take down a public art installation that filled a streetside pavilion, possibly moving it to private property nearby.

Mayor Nancy Rotering said council members are aiming to strike a balance between those who have found comfort in the memorials and those who’ve been upset by them.

“Given the pain that’s been expressed literally since August, and concern particularly for people going to school and people who are still unable to come into this area, we need to be sensitive … to the pain that they’re experiencing,” she said.

The twin memorials, which have been assembled and cared for by the public, have attracted countless visitors after the burst of violence at Highland Park’s Independence Day parade. Some who spoke at the meeting said they would like at least some elements to stay as the city plans a permanent memorial.

“This is not the time to take the (art installation) and the adjacent little park away,” a man named Harvey Blender said. “Let those who’ve been involved have a say. Let’s work together.”

Others, though, said they are so disturbed by the memorials that they feel part of the city is off-limits to them.

“Most of my family cannot go back downtown because of the memorials that are there right now,” one resident said. “We find it too painful. We cannot discuss it. We go out of our way to skirt the area that was our lives.”

Artist and Highland Park resident Jacqueline von Edelberg conceived the art project that wrapped the pavilion posts in orange yarn — the color of the anti-gun violence movement — and invited people to leave thousands of messages on luggage tags dangling from the posts.

She told the council members to be mindful that many people contributed to the installation, and pleaded for more public involvement in the decision.

“This is not ego,” she said. “This is about a community expression.”

But City Manager Ghida Neukirch said von Edelberg’s suggestions to add landscaping or mute the bright orange with other colors wouldn’t solve the issue, and that some of the musical performances that have taken place there were done without city permission.

She said the best solution is to move the installation to private property.

“Someone suggested a storefront,” she said. “We can work with a number of property owners in the downtown to see if they would be amenable to a pop-up art exhibit in one of the storefronts.”

That’s where the City Council left it, though an exact process or hard deadline on the moves wasn’t established. City staffers have suggested Oct. 19. Some council members suggested involving the public in the dismantling of the memorials and the art installation.

“Your project has been phenomenal,” Rotering told von Edelberg. “It’s been comprehensive, it’s been bold and it’s been broader than anything anybody imagined. It brought us together in a beautiful way, but it’s time to move on.”