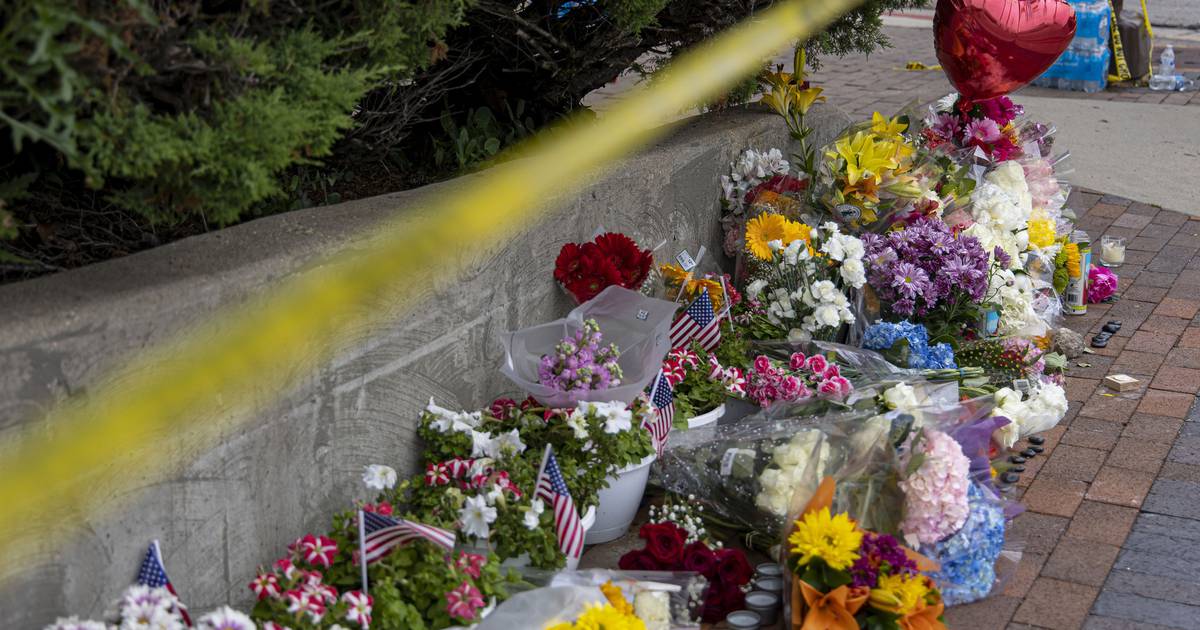 Katie Goldstein, whose neighbors describe her as “welcoming” and “lovely,” brought them baked goods during the holidays.

On the Fourth of July, however, she attended the Highland Park parade where a gunman killed seven and injured dozens. Goldstein was one of the seven killed, leaving behind her husband and two daughters.

One of her daughters, 22-year-old Cassie Goldstein, was with her at the parade, she told NBC Nightly News’ Lester Holt in an interview Tuesday. They wanted to get out of the house to have some fun because Katie Goldstein was mourning the death of her own mother.

Katie Goldstein’s neighbor Andrew Chevalier said she brought him a pie when he moved into the house across the street a few years ago. Every holiday season since then, she brought cookies and other goodies, even providing gluten-free options for his wife’s dietary restrictions.

“She had a super warm personality … (she was) someone you look forward to seeing around,” he said.

Chevalier said his 2-year-old daughter had taken a liking to her as well, noting that Katie Goldstein made sure to stop and listen to her toddler babblings when they were playing in the front yard.

Chevalier, who had originally planned on attending the parade, said he had texted Goldstein to check that she was OK after hearing about the shooting. That she didn’t get back to him by the end of the day was unusual, he said.

After learning about her death Tuesday afternoon, Chevalier and his wife spent time with Bonnie Roter and her husband, also neighbors of the Goldsteins, trying to think of what to do to support their neighbors.

“She was a lovely lady,” said Roter.

Roter also has two daughters in their 20s and has been thinking about Katie Goldstein’s daughters losing their mother. She remembers the girls riding their bikes down the quiet, tree-lined street when they were younger with Katie Goldstein strolling alongside them. “That relationship seemed beautiful,” she said.

In the NBC interview, Cassie Goldstein called her mother “the best mom in the world,” and described the moments the bullets started flying. She told her mom they had to run and began running together before she was shot in the chest.

“She fell down and I knew she was dead. So I just told her that I loved her but I couldn’t stop because he was still shooting everyone next to me,” she told Holt.

Cassie said in the interview that she hopes her mother is remembered by how she was before the shooting — waving at the floats and having fun.