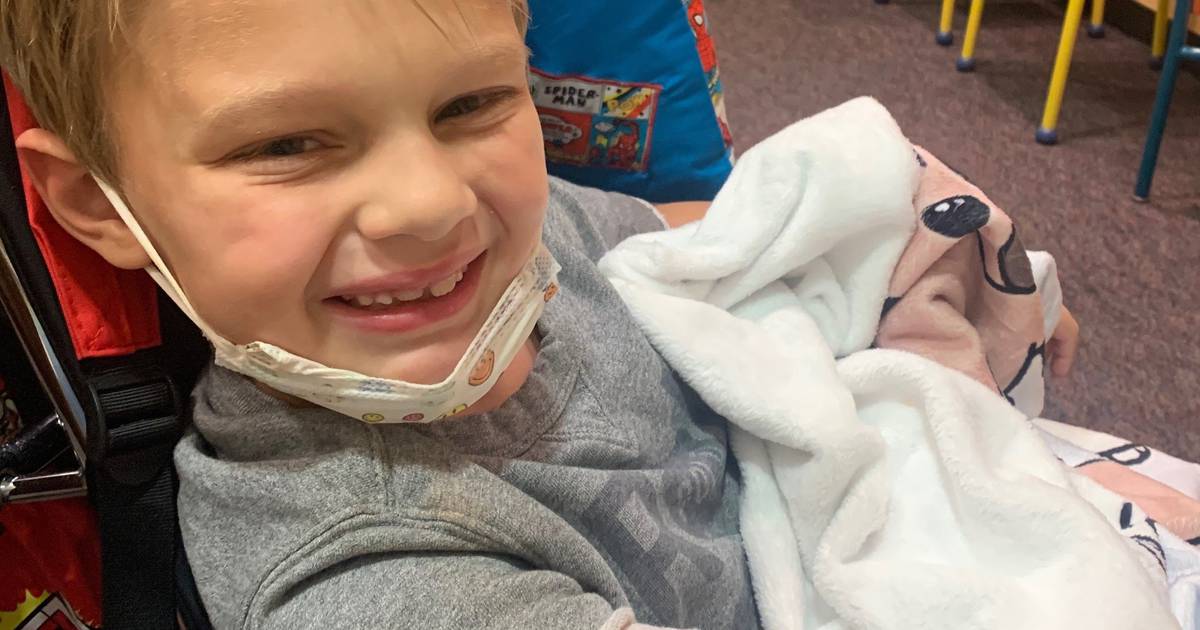 The summer for 8-year-old Cooper Roberts was suddenly truncated by the mass shooting at the Independence Day parade in Highland Park, where he was wounded and left paralyzed from the waist down. Despite a turbulent recovery, Cooper was finally transferred to Shirley Ryan AbilityLab earlier this month to begin rehabilitation as he also gets ready to return to school with his twin brother, Luke.

Though the family is hopeful, they have not received a full prognosis to determine the extent of Cooper’s injuries or if he will be able to walk again. According to a weekly statement on the boy’s progress, the AbilityLab team has not been able to complete a foundational American Spinal Injury Association impaired Scale assessment due to continued swelling in the affected areas.

The boy is now participating in daily physical and occupational therapy to help him regain strength and build mobility. He is expected to remain at the AbilityLab for inpatient rehabilitation for the next six to 12 weeks.

More than physical pain, however, the boy is experiencing anxiety and trauma, the family said.

“Cooper is experiencing post-traumatic stress disorder symptoms, including flashbacks that are disrupting his sleep,” the family said in a statement.

Both Cooper and Luke are participating in counseling and other mental health services to support their healing from the emotional and psychological trauma of the shooting.

“Although tough, little guy was able to muster up some smiles for the camera,” wrote Anthony Loizzi, a family friend who acted as the family’s spokesperson.

The 8-year-old is expected to join his twin brother in third grade at Braeside Elementary School in Highland Park following his rehabilitation stay at AbilityLab.

“This is a huge motivation for Cooper as he is excited to return to the classroom and see his friends,” the family said in the statement.

The family continues to be grateful for and humbled by the outpouring of prayers and support as they begin to process what will be needed for Cooper when he eventually is able to return home.

Like hundreds of other families, Keely Roberts, her husband, Jason, and their twins attended the Independence Day parade in their hometown of Highland Park. Just minutes after it began, a gunman began to shoot at the crowd from a rooftop along the route.

Keely Roberts, a superintendent at Zion Elementary School District 6, was shot in the foot and leg, and Luke was wounded in the leg by shrapnel. Their four older daughters did not attend the parade.

In face of the tragedy, she highlighted the “humanity and decency” of those “who didn’t think twice and ran back into the scene and helped us,” she said.

“It was a beautiful act of kindness … it saved my life, it saved my children. Cooper would not be alive today if it were not for the act of these people who just risked everything,” she said.

Even though Luke suffered minor physical injuries, she said “what he has to carry is devastating.”

She recalled Luke had to hold a tourniquet on her leg and see his twin brother’s lips go gray. He sat covered in their blood as good Samaritans provided first aid and kept both Cooper and Keely alive.

“I’m heartbroken and I’m sad,” the mother said, “but it is a losing question to ask why — there is no good answer and that is not productive.”

A day after the shooting, even after undergoing several procedures for injuries suffered in the mass shooting herself, Roberts told doctors she needed to be discharged from the hospital she was in so she could be with Cooper, who was at a different hospital. The mother of six has injuries that will require ongoing orthopedic treatment.

A GoFundMe page to cover the medical and financial needs the Roberts family will face as their journey of healing continues has collected nearly $2 million.

A rare glimpse of daily life in occupied Ukraine