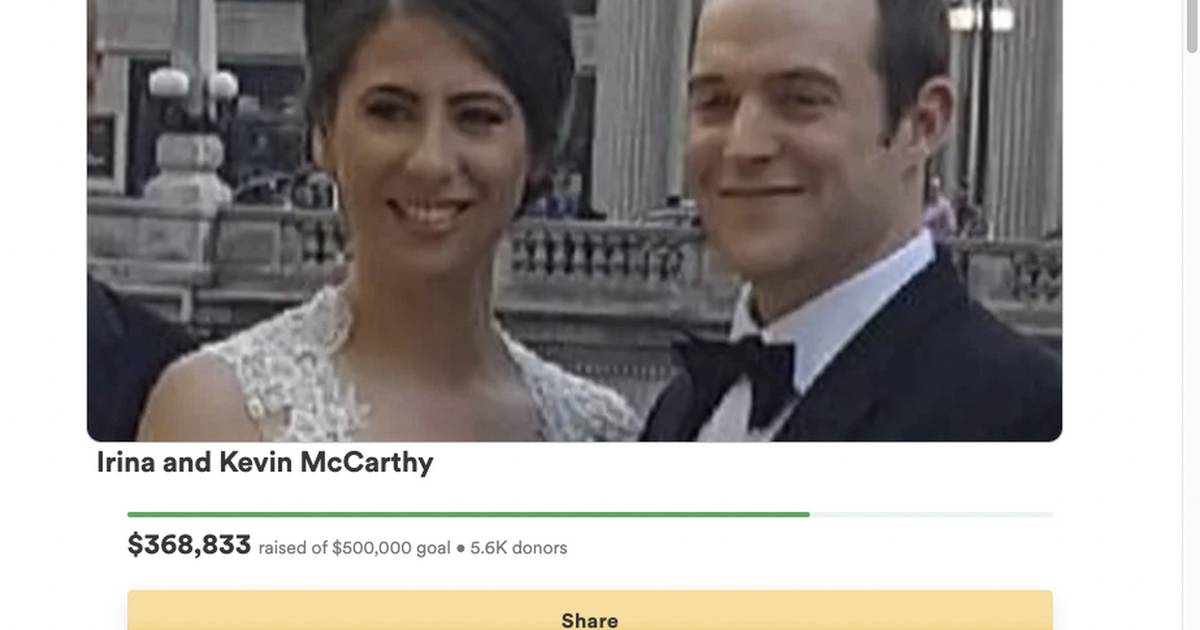 Tuesday it emerged that the parents of 2-year-old Aiden, Irina and Kevin McCarthy, were among the seven people killed when gunfire erupted at the start of the local Fourth of July parade.

Aiden’s grandfather, Michael Levberg, told the Tribune on Tuesday that he was eventually reunited with his grandson after Aiden was taken to the local police station.

“When I picked him up, he said, ‘Are Mommy and Daddy coming soon?” Levberg said Tuesday evening. “He doesn’t understand.”

Seated on the front lawn with two friends in front of the family’s two-story brick Highland Park home under darkening storm clouds, Levberg, 65, talked about his daughter, son-in-law and grandson.

Irina, 35, was born in Moscow and moved with her family to Chicago when she was 2 ½ years old. They later moved to Highland Park, where she grew up and returned to raise her own family, Levberg said.

Irina and Kevin, 37, met while working together at Physicians Interactive in the northern suburbs, Levberg said, and got married about five years ago. They bought their Highland Park home in 2018, according to sales records.

His son-in-law had recently promised to take him on a sailing trip to Ireland for his birthday, Levberg said through tears.

Levberg said the whole family will be taking care of Aiden, but the 2-year old is still waiting for his mom and dad to come home.

The other victims of the shooting ranged in age from 8 to 85 years old. Among those who died were Katherine Goldstein, 64; Jacquelyn “Jacki” Sundheim, 63; Stephen Straus, 88, all of Highland Park; and Nicolas Toledo-Zaragoza, 78, of Morelos, Mexico. Officials have not yet released the name of the seventh victim.

A person who set up a fundraising site for the family wrote: “The North Shore community rallied to help a boy we knew nothing about. We took him to safety under tragic circumstances, came together to locate his grandparents and prayed for the safety of his family.”

Within three hours of the fundraiser going live, donors had contributed nearly $850,000.

“The DePaul University community mourns the loss of alumni Kevin and Irina McCarthy in the Highland Park shooting,” he said in a statement. “We extend our prayers to their families, particularly their son Aiden, and all of those who have been affected by this senseless tragedy.”