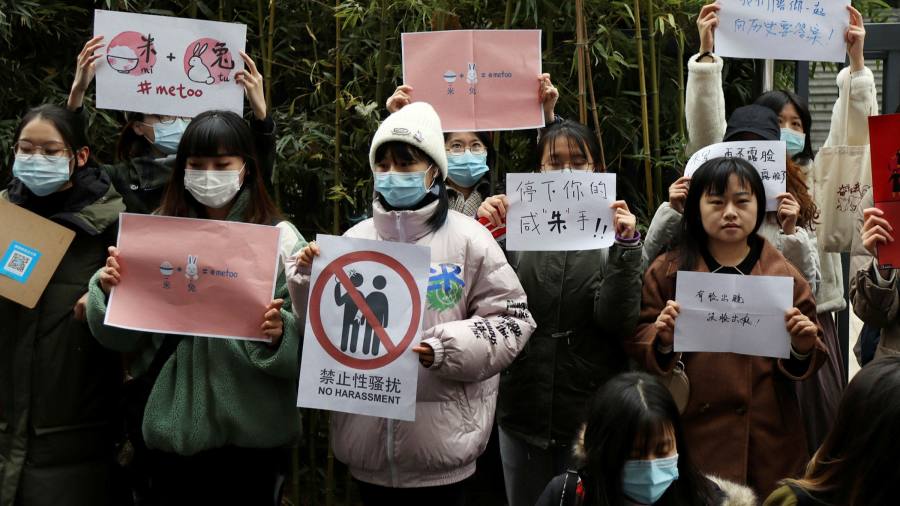 Sign up to myFT Daily Digest to be the first to know about Sexual misconduct allegations news.

A surge of public anger over a pair of high-profile sexual assault cases in China has revitalised efforts by the country’s struggling #MeToo movement to tackle widespread discrimination and harassment.

But women’s rights activists warned that the ruling Chinese Communist party remained wary of mass feminist activism, which continues to suffer from censorship and nationalist attacks.

Kris Wu, a Canadian-Chinese pop star celebrity, was formally arrested by Beijing police on Monday on suspicion of rape after an influencer known as Du Meizhu, a 19-year-old university student, accused him of date rape and seducing underage girls. Wu is the most famous celebrity to face criminal charges since the global #MeToo movement took root in China in 2018. Wu denies the charges.

This month, an Alibaba employee accused her boss and business clients of sexually assaulting her in an account published online after she was pressured to drink at a work event. Police detained two men last weekend.

That the police reacted to two public accusations has rekindled hope in China’s #MeToo movement, even as activists hesitated to attribute law enforcement action in these cases to greater tolerance from the Communist party for their cause.

“We all know about the crackdown on civil movements in China, so we don’t want these kinds of cases to become an excuse for the government to strengthen their power and punish certain companies or industries,” said Xiong Jing, a China-based feminist activist. “That’s my worry, but there’s not much we can do about it.”

That fear is especially pronounced in the case of the entertainment and technology industries, both of which are facing pressure to “rectify” behaviour that the party considers damaging to its vision of a healthy and stable society.

Chinese state media has largely avoided women’s rights in its commentaries on the allegations against Wu and the Alibaba manager, who the company said had since been fired.

The People’s Daily, the party’s official newspaper, cast the Alibaba scandal as one of corporate governance, writing that, “the crux is, what kind of culture does a business advocate and establish?”.

In Wu’s case, the party newspaper took aim at obsessive fan culture and misbehaviour by celebrities: “If you use fame to indulge selfish desires, the final result will be self-destruction.”

Chinese feminists did not deny that changing male-dominated workplace culture and celebrity narcissism in the entertainment industry were important steps towards combating harassment and assault.

But they also hope for broader official acknowledgment of gender discrimination and sexual harassment, as well as stronger legal protections for women who speak out.

Activists said that police action against Wu and the former Alibaba manager could prove critical for raising awareness of sexual harassment and assault because it suggested there was strong evidence to back up the allegations.

“These are very special cases because many of the previous #MeToo cases [in China] were dependent on recollection of events that happened many years ago,” Xiong said.

In 2018, a rapid succession of #MeToo allegations over sexual harassment in universities, non-profit organisations and media captured public attention.

But the movement has faded from public prominence after facing widespread censorship, online attacks on feminist activists and stalled progress in high-profile cases.

A landmark sexual harassment lawsuit against Zhu Jun, one of China’s most prominent state television hosts, stalled in December after he refused to face his accuser in court. Zhu denies the charges.

In 2018, Zhou Xiaoxuan, who commonly goes by her nickname “Xianzi”, accused Zhu of groping and attempting to kiss her when she was a 21-year-old intern at the broadcaster. Zhu later sued Zhou for defamation. 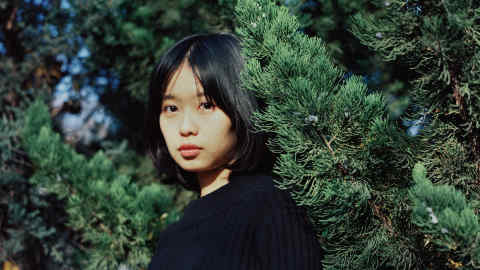 Online vilification and censorship have shown no sign of letting up. This month, a Chinese women’s labour rights blog on WeChat called Pepper Tribe announced it was closing, a move that supporters said reflected shrinking tolerance for activism.

In April, nationalist commentators launched attacks at a number of well-known Chinese feminists, accusing them of working with “foreign forces”. In May, a group of student WeChat blogs that raised awareness of LGBT+ issues were also shuttered.

“Many victims still lack a voice, lots of [social media] accounts continue to disappear, women’s rights are still a ‘reactionary force’,” she said. “Recently, I have asked myself countless times: how can our movement continue? . . . The fall from grace of Kris Wu cannot provide an answer.”