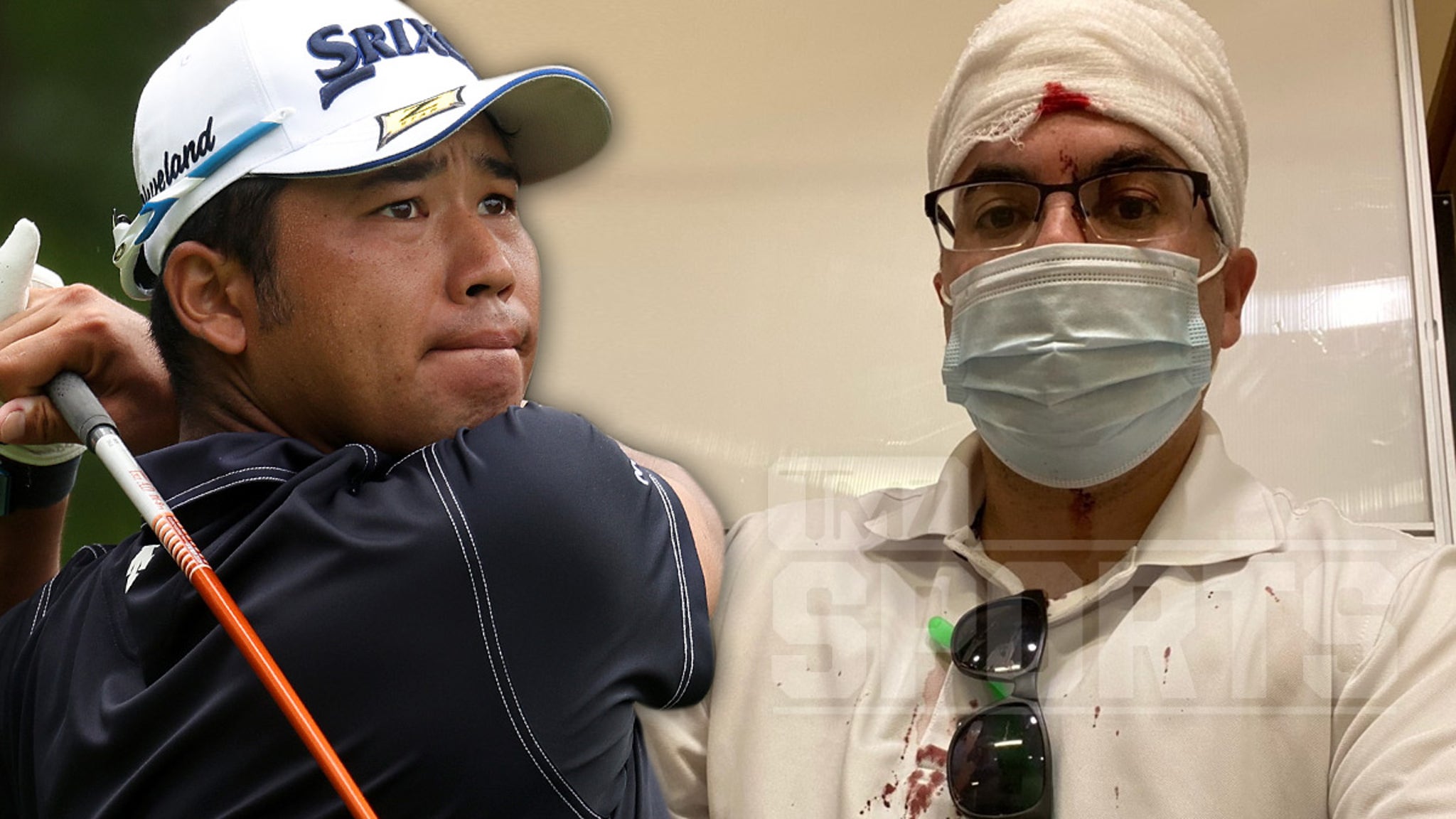 A golf fan had to spend a day in the hospital with a bloody head injury over the weekend … and it’s all ’cause Masters champ Hideki Matsuyama couldn’t keep a drive straight.

Here’s the deal … Matsuyama was competing in the 2021 Shriners Children’s Open in Las Vegas — when on the 16th hole of his second round on Friday, he cranked a drive that went way right.

You can see in footage of the shot, it was so far from the fairway, it accidentally crash-landed into a fan’s noggin — knocking the guy to the ground.

Robert, the fan who was hit, tells TMZ Sports he was a bloody mess after the ball drilled him … and felt “weird” and “totally disorientated.”

I was standing next to this guy when he got hit in the head by Matsuyama’s 300 yard drive. He took it like a champ! Hideki signed a hat and glove for him. The guy told Hideki not to worry about it and continue playing golf. The medics arrived shortly after. pic.twitter.com/QxY6NS2cLG

Robert says while he was trying to recover, Matsuyama was nice enough to sign an autograph for him and apologize — but the injury was so bad, Robert was eventually taken to the hospital.

Robert tells us he needed 6 stitches to close the wound, and you can see in photos of the aftermath — the whole thing was gruesome.

Robert — who says PGA Tour officials have not reached out to him over the incident — has since started a GoFundMe to help with his medical bills, believing it could cost him in the $15,000 range.

He is expected to make a full recovery.

As for Matsuyama — who won the Masters in April — he finished the tournament in Vegas tied for 67th with a score of 4-under.

For a more just UN Biodiversity Framework, bridging the North-South divide is crucial