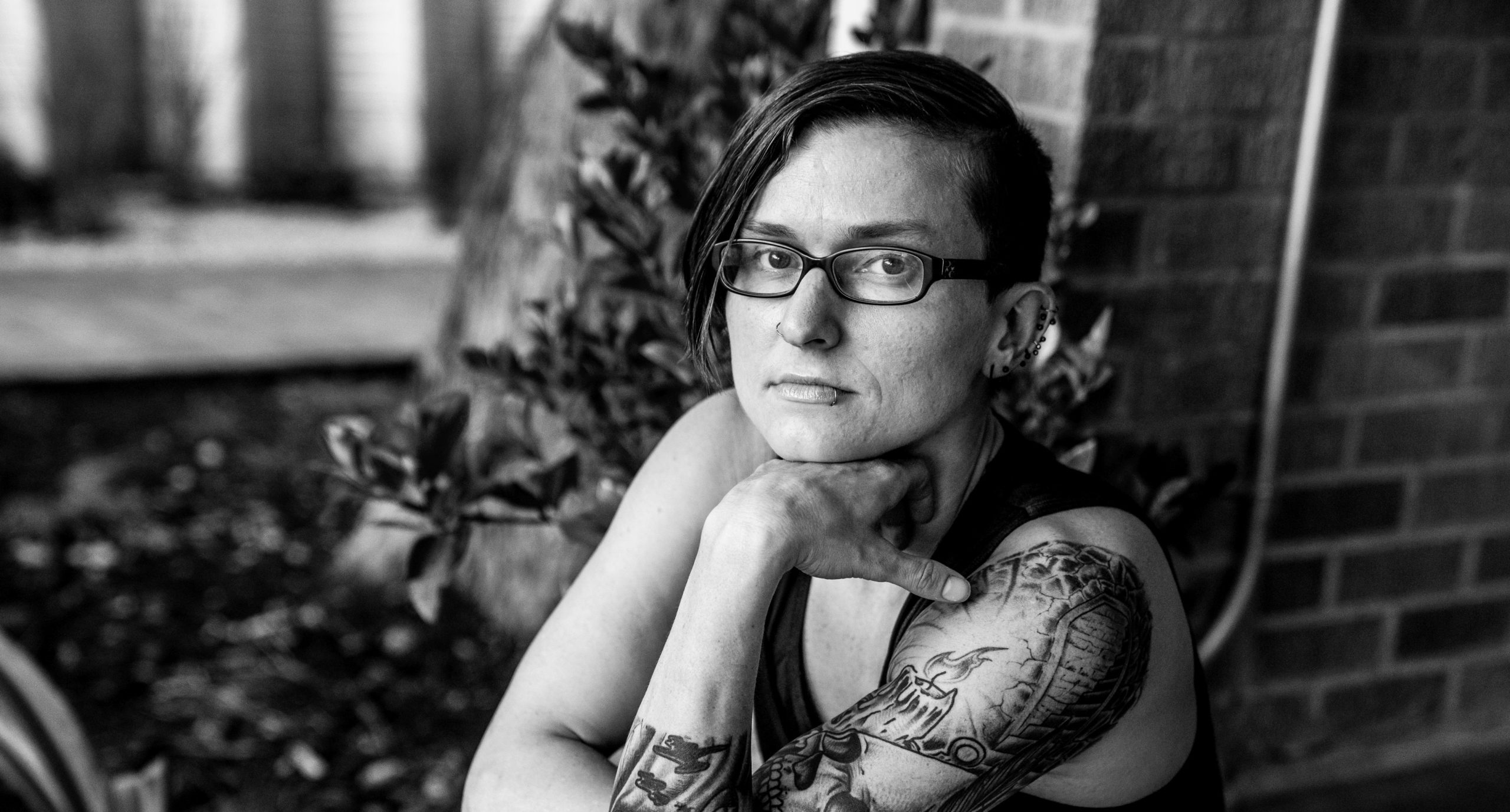 Keri Blakinger knows how to write a lede.

“I have problems: I am out of clean clothes, I cannot find my glasses, my English paper is late, and my pockets are not big enough for all the heroin I have,” reads the Thompson-esque opening line of her 300-page memoir, Corrections in Ink, to be released June 7.

Two more examples. “It’s the middle of July, but everything is frozen,” begins Chapter 11. “I’m sitting on the floor of a crowded penthouse in Lower Manhattan and some middle-aged guy I don’t know is licking my feet,” begins Chapter Nine.

The book, Blakinger’s first, is a conversational, tragicomic, and at times incisive rendition of the author’s fall-and-redemption journey: from a well-heeled childhood and competitive ice skating to drug addiction, attempted suicide and incarceration, and finally a flourishing career in journalism.

From 2016 to 2019, Blakinger emerged as a star on the criminal justice beat in Texas while reporting for the Houston Chronicle, and she continues this work today at the nonprofit The Marshall Project. Blakinger combines an indefatigable empathy for the incarcerated with a pugnacious approach toward obstructionist officials and a transparent, engaging method involving tweeting out reporting tidbits seemingly round-the-clock. She has a knack for sparking small reforms and seizing elected officials’ attention.

The bulk of Blakinger’s book is structured with alternating chapters that toggle between her pre-incarceration personal life and her two years behind bars.

The chapters recounting her personal background may strike some readers as incidental or overlong. Blakinger grew up in extreme privilege—her dad a Harvard-educated lawyer, her mom a Cornell-educated teacher—in Lancaster, Pennsylvania. It was the sort of home where TV and video games were banned and her mother gave the kids “standardized tests for fun,” Blakinger writes. When she decided to pursue costly ice skating ambitions, her parents could pay. We follow her struggles with an eating disorder and the disintegration of her skating dreams. She developed a serious drug habit, and engaged in sex work, experiences she describes with a bracing and destigmatizing openness.

These personal passages are plenty well-written, but competitive ice skating simply has little do with mass incarceration in America. It is the author’s story, so she must tell it, but the details can be jarring: We’re following her descent into heroin addiction when we’re suddenly reminded her parents were still covering her Ivy League tuition and rent. As Blakinger herself acknowledges, she’s not representative: “Most prisoners grew up poor,” she writes, and she reflects repeatedly on how much worse certain situations could have gone if she weren’t white. In all, some of these stretches are memoir for memoir’s sake; take it or leave it.

The jail-and-prison chapters—partly reconstructed from her personal journals—are stronger, in my view. Still intensely personal, she casts back the knowing eye of a criminal justice journalist to illuminate certain facets, while primarily keeping us locked into her point of view at the time. She has a gift for the telling detail and for figurative language: “Every morning we woke up to the sound of guards practicing to kill us as they fired off rounds at the shooting range just beyond the trees,” she writes.

“You get shuffled around from cellblock to cellblock, or jail to jail, rearranged like a game of three-card monte designed to hide the overcrowding,” she describes.

She delves into almost ethnographic detail describing gender roles in a women’s prison, where she found herself masculinized. “When other women called me ‘he’ or the guards or counselors called me Mr. Blakinger, I didn’t correct them. There was no point; in prison, the free world doesn’t translate.”

After two years in prison, Blakinger got her start in journalism after being interviewed by the Ithaca Times. She set off on a trajectory—quickly finding that her experience of incarceration gave her a unique ability to relate to sources in similar circumstances—that led her to Texas. Once in Houston, we see her pull off a signature achievement, one that likely few journalists would have cared so deeply about: spurring access to dentures for Texas prisoners.

When Blakinger learned that, as a result of her reporting, more incarcerated Texans would be getting teeth, she cried alone in her bedroom, knowing she’d done something material for “the people who were in the dark places where I’d once been.” As readers, we see the special value of a reporter like her in that moment.

Hidden at the end of the acknowledgements section, one line crystallizes Blakinger’s journalistic M.O., and reveals why we should all keep rooting for her to keep at it.

“Finally, thank you to all the prison officials whose lies and insults keep me motivated enough to uncover the truth. You know who you are,” she writes.