Hero Texas Democrat delays voter suppression bill, but can’t stop it on her own 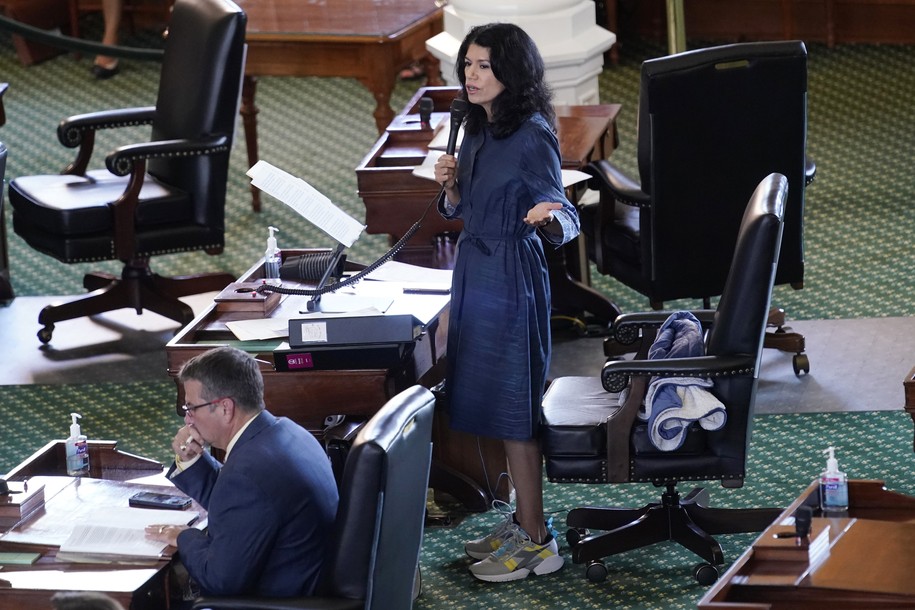 “As we draw this discussion to an end, it is my sincere hope that civil acts by everyday Texans, from the Senate floor to the ballot box, can help to shed the light on all important issues,” Alvarado said Thursday morning when winding down her speech. “What do we want our democracy to look like?”

Ahead of the filibuster, she told The Texas Tribune that she would “use every tool in the toolbox” and to keep going “as long as I have the energy.”

“I’m using what I have at my disposal in the Senate,” Alvarado told the paper. “The filibuster isn’t going to stop it, but a filibuster is also used to put the brakes on an issue—to call attention to what is at stake—and that is what I am doing.” She’s also shaming national Democratic lawmakers who continue to make a lot of noise about protecting voting rights and restoring democracy, but aren’t actually doing much.

Take Senate Majority Leader Chuck Schumer, who has been saying “everything is on the table” since at least March, but so far that has been asking Republicans for permission to bring the For the People Act to the floor and then leaving for recess for the rest of the summer.

As of this week, states are starting the process of redistricting, which means redrawing congressional districts based on census data. Allowed to proceed unchecked, Republicans are going to assure that Democrats don’t hold a House majority again for the foreseeable future. Republican states are rewriting the rules not just of voting but of vote-counting to make sure Democrats can’t keep the Senate or the White House.

That’s 18 states enacting at least 30 laws to restrict the vote in 2021 alone. All told, more than 400 voter suppression bills have been introduced in 49 of our 50 states.

U.S. Senate Democrats aren’t even standing on the floor of their chamber for 15 hours at a stretch to talk about voting rights. They’re not using this recess to go to Texas to back up those state Democrats. They’re treating this as business as usual, still operating on the assumption that passing good legislation is good enough. The legislation they have passed—the American Rescue Plan—and are planning to pass—the Build Back Better plan—are great. But if all the people who are helped by those plans aren’t able to cast an appreciative vote, they’re the last good stuff that will happen here.

Pentagon gets $24 billion more than it wants, while Joe Manchin wants to take money from kids

Dog the Bounty Hunter Back in Colorado, Not Giving Up Laundrie Search

Cigarette smokers who quit smoking but substitute e-cigarettes, or other tobacco product, are more likely to relapse, study finds — ScienceDaily