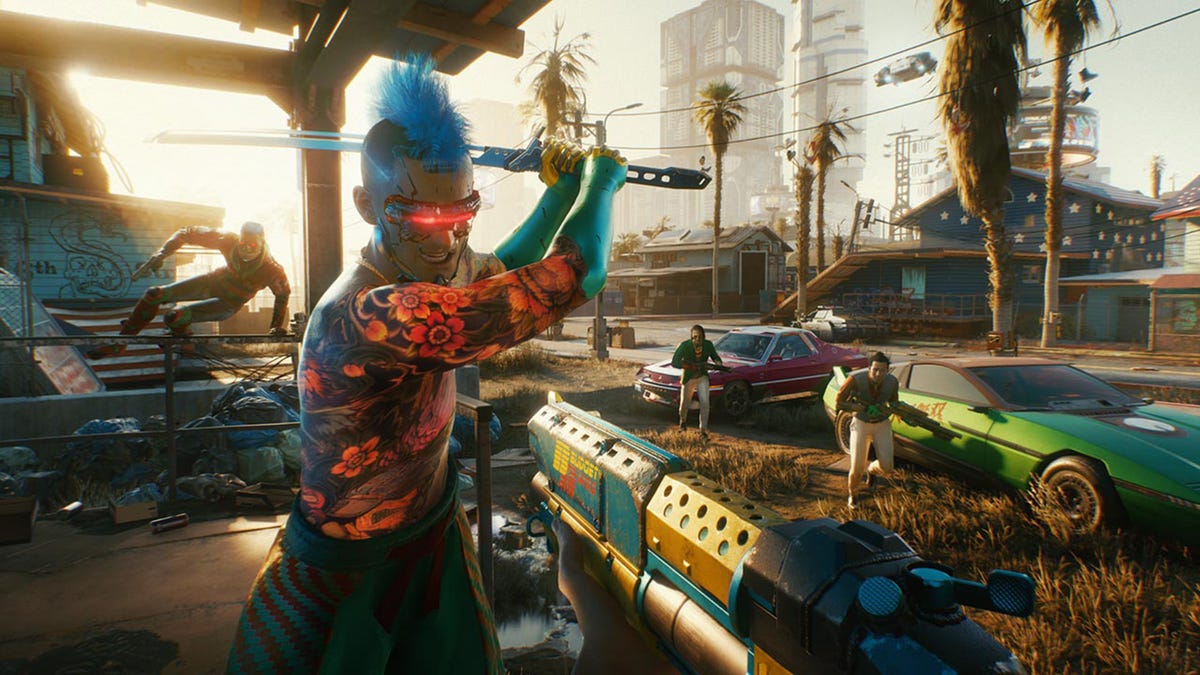 If you’ve been holding out hope that Cyberpunk 2077 will see its once-promised multiplayer features sometime soon…you might be better off waiting for the game’s sequel. In the hot mess of a saga that is Cyberpunk’s blistering fall and recent redemption arc, CD Projekt Red has had its hands full patching digital potholes in Night City. Thanks to some recent comments from an interview with acting CDPR narrative director and lead quest designer Philipp Weber, we now know why it’s taken so long—and why we’re unlikely to ever see the fabled multiplayer mode for Cyberpunk 2077.

Cyberpunk 2077 released in December of 2020 and, well, you probably know the story by now: With a level of hype rivaled by few other games out there, the release was a technical disaster with unmet promises amid bugs and crashes. But aside from several fixes to the very foundation of the game’s messy engine and code, the game was always expected to receive a multiplayer mode post-launch based on previous comments. Though recent developments have suggested that CDPR is ready to more or less move on from 2077 (though it’s far from done with the Cyberpunk franchise), it’s been anyone’s guess as to what’s going on with multiplayer. But as we know now, the demands of getting 2077 into a playable state—and these days it’s actually quite playable—mean multiplayer has been shelved entirely.

In an interview with Eurogamer’s Robert Purchese, Weber gave some of the most direct comments on Cyberpunk’s multiplayer we’ve heard in some time:

“[Fixing Cyberpunk 2077 after launch] meant that other R&D projects had to go away. With Cyberpunk, we wanted to do many things at the same time, and we just needed to really focus and say, ‘Okay, what’s the important part? Yeah, we will make that part really good.’”

Though all we’ve really had to go on when it comes to guessing what 2077’s multiplayer would be was our own imagination and some clues from datamines, it’s unclear what this mode would’ve delivered. It’s easy to speculate that it would’ve been something similar to GTA Online or even Fallout 76, but that’s all we have: speculation.

Moving on from 2077’s original multiplayer plans, Weber said, is a part of CDPR doubling down on its commitment to “single-player, story-driven, triple-A RPGs.” The studio still expects multiplayer to be a part of its games in the future, though.

“What is changing is our long-term approach to online, and by this we mean ensuring we are properly prepared to implement online elements in our games where they make sense. We don’t want to go overboard or lose our single-player DNA. We want to take thoughtful steps to build robust online capabilities,” Weber added to Eurogamer.

So pour one out for 2077’s multiplayer-that-never was. It’s hardly a surprise when you consider Cyberpunk’s struggles. While I love a good multiplayer as much as anyone else, the forever-single-player kinda gamer I tend to be is more than happy to hear CDPR’s priorities will center on narrative, solo outings.