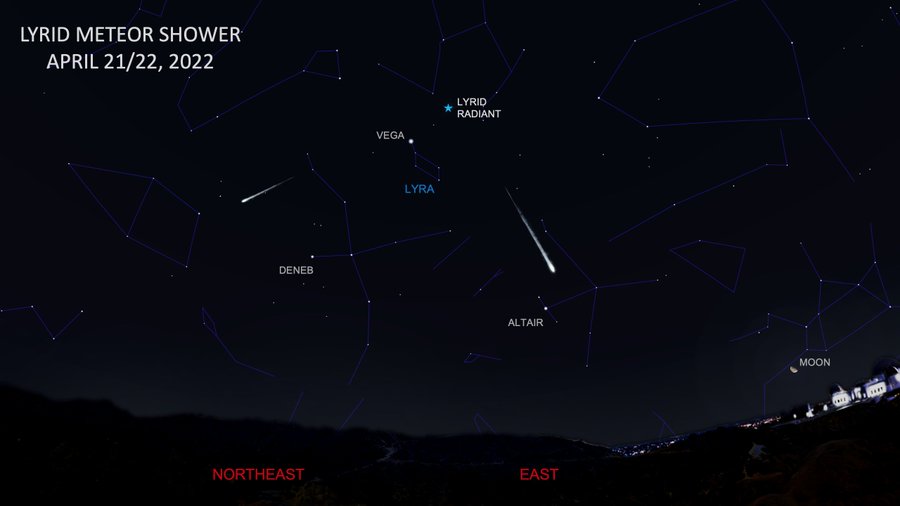 Every year during the month of April the Lyrid Meteor Shower can be seen in the night skies.

The peak of the shower will be visible between the evening April 21st and the morning of April 22nd and can be seen best with darker skies and no Moon.

The Lyrid’s are named after the constellation of Lyra the Harp. It will be a medium-strength shower but will be difficult to see with the gibbous Moon in the sky.

Best time to catch the shower?

The best time to catch the Lyrid Meteor Shower is the dark and early morning on April 22nd.

Tips for watching the shower?

Make sure it is very dark outside, perforable with clear and darker skies.

The use of binoculars or a telescope can also be very useful in seeing the shower.

A high place like the Griffith Observatory or another location that is not blocked by buildings, lights, or billboards can also help.